I didn’t think too much about cellular service when we chose our driving routes. As we neared El Paso yesterday the little connection/service indicator in the upper left corner of my iPhone that usually says LTE, 4G, or AT&T all of the sudden said Movistar. What is Movistar? I am handicaped when looking up things on Chad’s phone and I couldn’t use mine so we hot spotted off of his phone which didn’t say Movistar so I could look it up on google. It is an internet/wifi server for Mexico. It was about that time when I recieved this text.

Nice, I do not want to have to pay international rates for anything when I am not out of the country. We let Chuck and Donna know (we share a cellular plan) and once we were all the way in El Paso the LTE came back. Chuck called AT&T and just incase they added Mexico to our plan for this month for free. In El Paso we stayed with a friend who lived with our family for about two years between life into drugs and Teen Challenge. Things have not been strait or easy in James’ walk with Christ.  We have not seen him since 2002 and in that time he has struggled with Meth use, homelessness, then reinlistment and deployment to Iraq followed by PTSD, anxiety and depression.  A slew of hard things that took him to a place of calling on God and finally relinquishing control followed by perfectly timed provision, strength, and the companionship that comes with a relationship with Christ.  About two weeks ago we let Him and his wife Patti know that we would be coming through El Paso and would love to have dinner with them.  (They had been inviting us to come visit) We had planned on getting a hotel no matter what, but they kept insisting that we stay with them and save ourselves the expense of the hotel.  It became apparent that this was a trust issue.  James wanted us to trust him, and we needed to trust God.  This was important to James, and we did trust God to protect us and our family.  We agreed to stay the night with them.

As we drove across Texas we updated them with our location and ETA you could tell in the response that James was nurvous he wanted everything perfect from having the snacks on hand that the kids would like, to what we would eat for dinner and the sleeping arrangements.  I told him to stop stressing or I would through walnuts over the book shelf at him which is something my sisters and I resorted to to get him out of bed the first Christmas he lived with us.  We found his place no problem with the help of GPS.  We spent all of dinner time until about 10:30pm reminiscing a lot of funny stories from those to years with a lot of laughter a few not so funny memories mixed in.  It was funny to hear an (at the time) outsider’s interpretation of our family and a lot of the things that were not out of the ordinary for us were very fascinating to them.  He remembers us shutting off the hot water when he was showering (the guy took the longest hot showers ever 😋), we all ganged up on him and tried to give him a swirly and broke the toilet seat (we were really just going to get him there and not really out his head in the water I promise and yeah we went through a few toilet seats for this reason),  hiding all the flavors of twin pops except the purple ones which he didn’t like, taking the bowl of ice cream he dished up as he put the container back in the freezer, he would dish up another and the next person would take that one until there was no one left that wanted ice cream.  The list goes on and on and on.  We all slept well and comfortable, there was a sweet little snack bar in each of the rooms  as well as bottled water…I do not have the hostess gene I do wish I did but I don’t think like this. 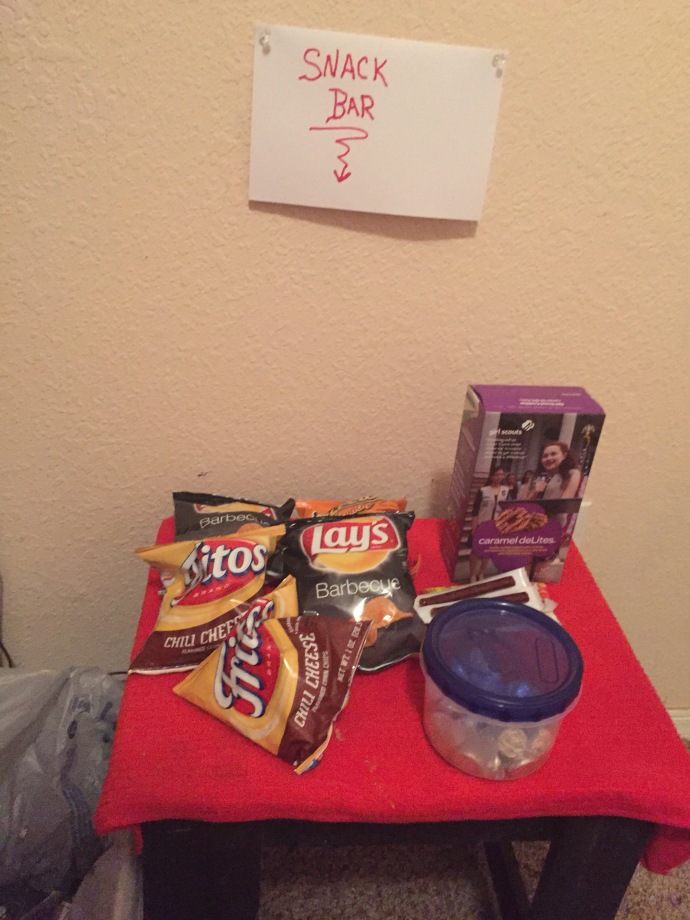 Of course the kids were up at 6:00am but stayed in their room until 7:00am although they were not quiet.  We were able to visit with Patti more in the morning.  She only speaks Spanish so we were able to practice our Spanish a bit.  The eggs and potatoes for breakfast were wonderful.  We visited, laughed, talked story and watched the kids perform “Let It Go” until we had to leave. 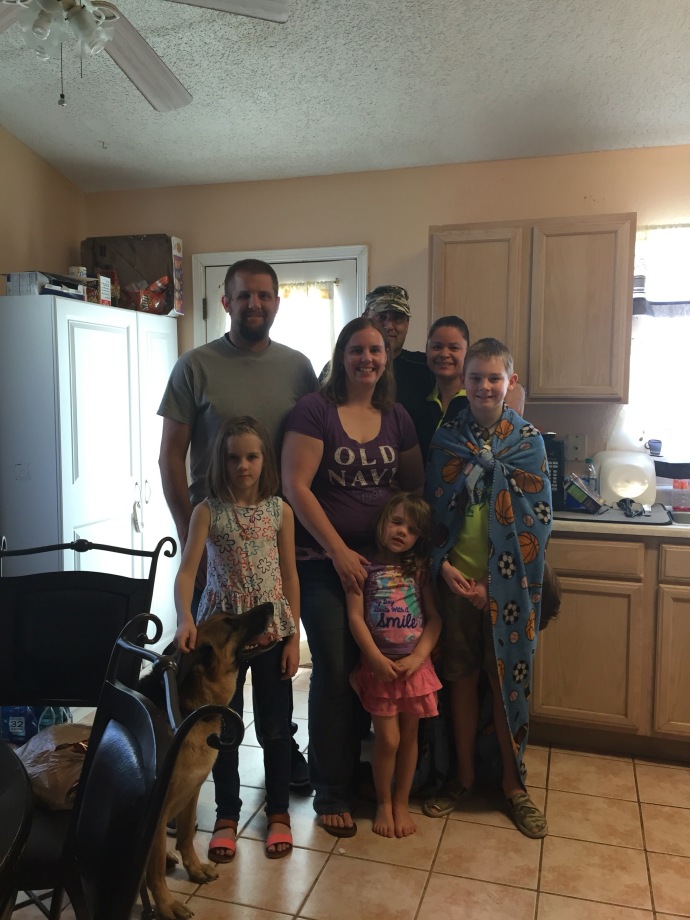 Silly pick with the wig.  We are so glad we visited and so glad we stayed.  It was so nice to meet you Patti, Thank you both for everything.