I could hear Chad and the kids having a Christmas movie marathon from my bed, I was having trouble sleeping but felt like it was a little too late to take melatonin.  For a little while I got up and watched White Christmas with them then back to bed to try to get a little more sleep.  Chad had planned to make Swiss Steak his Grandma Owen’s recipe but was unable to find cube steak at the grocery stores and the roads were such a mad house he only stopped a couple places to look.  Instead he picked philly cheese steak sandwiches which were a special treat. 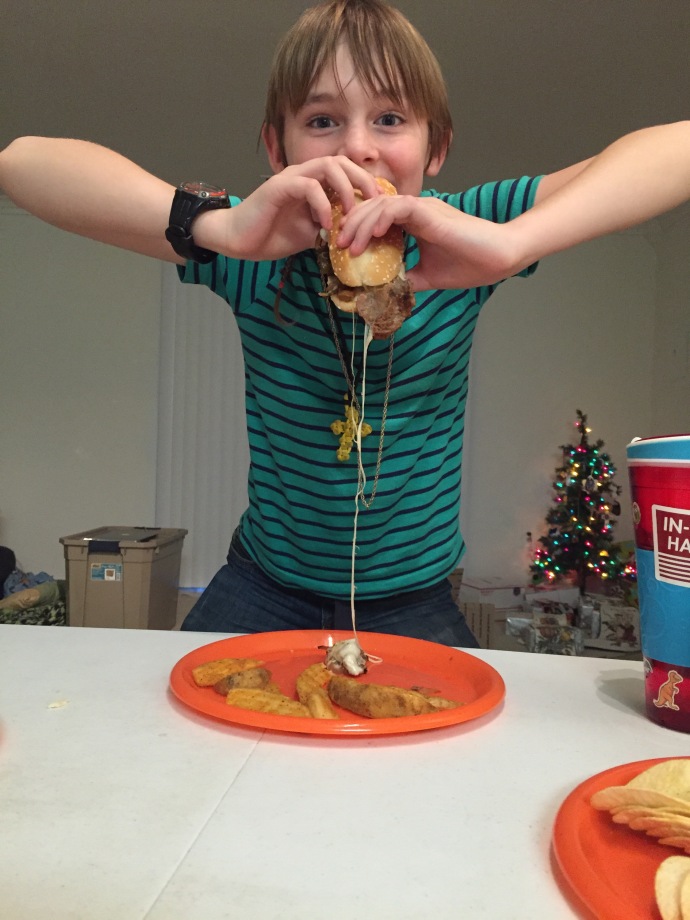