Made it to the Gulf of Mexico

Posted on November 6, 2015 by theowenscrew

Arkansas, Louisiana, Mississippi, Alabama, and Florida. I can’t say we saw any of it well like we do when we have an assignment near by but we saw what we could with our time constraints.  I really wanted to take the kids to Natchez because I remember loving it when we visited when I was in Highschool, but it was an extra half hour out of our way and we felt the French Quarter of New Orleans was more important to make it to. 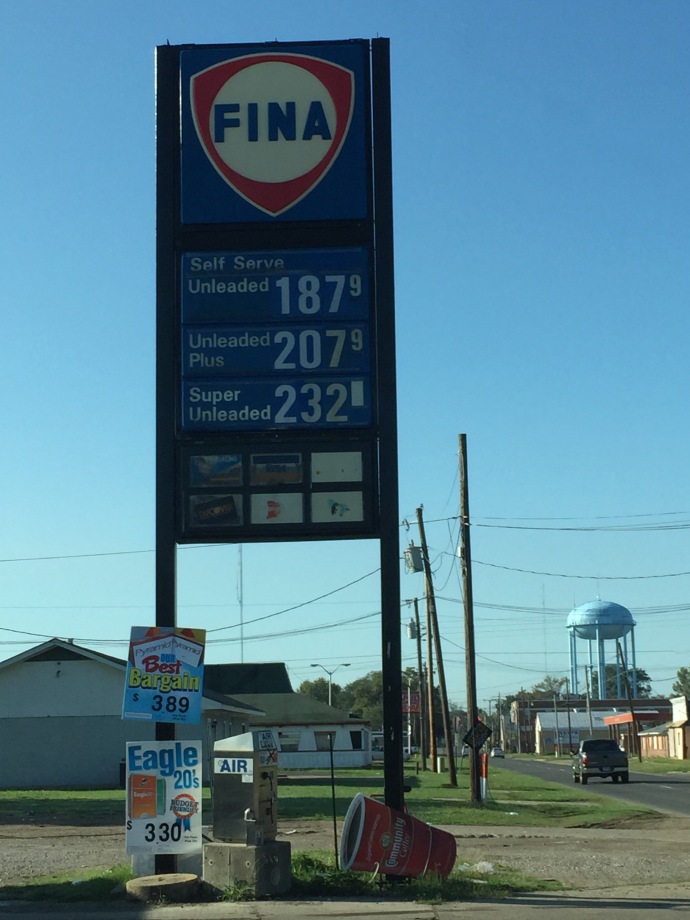 Northern Louisiana, starting to feel like we were in the south.  Gas prices were low which was nice.

The kids cheered from the back seat as we crossed into Mississippi.  They exclaimed how glad they were that we travel and told us thank you for traveling for the first time ever.  Mississippi was exactly how I remembered it with the miles of trees closing in on the freeway, although this time it felt less clostraphobic and I could appreciate the beauty more.  Everything is so green it out the national forests in California, Arizona, and New Mexico to shame. 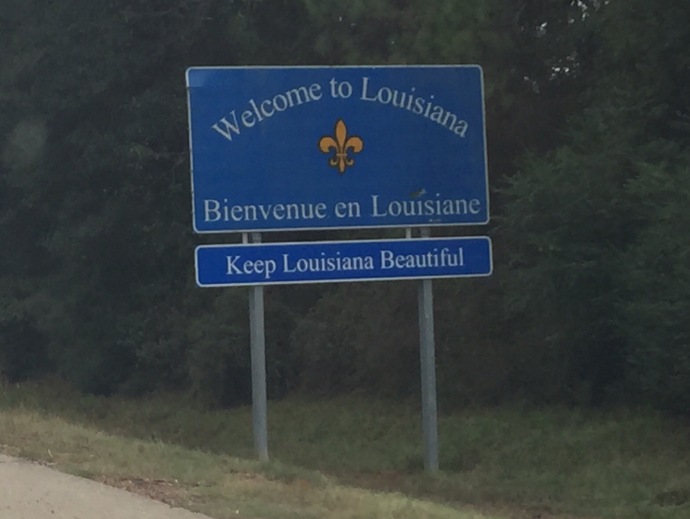 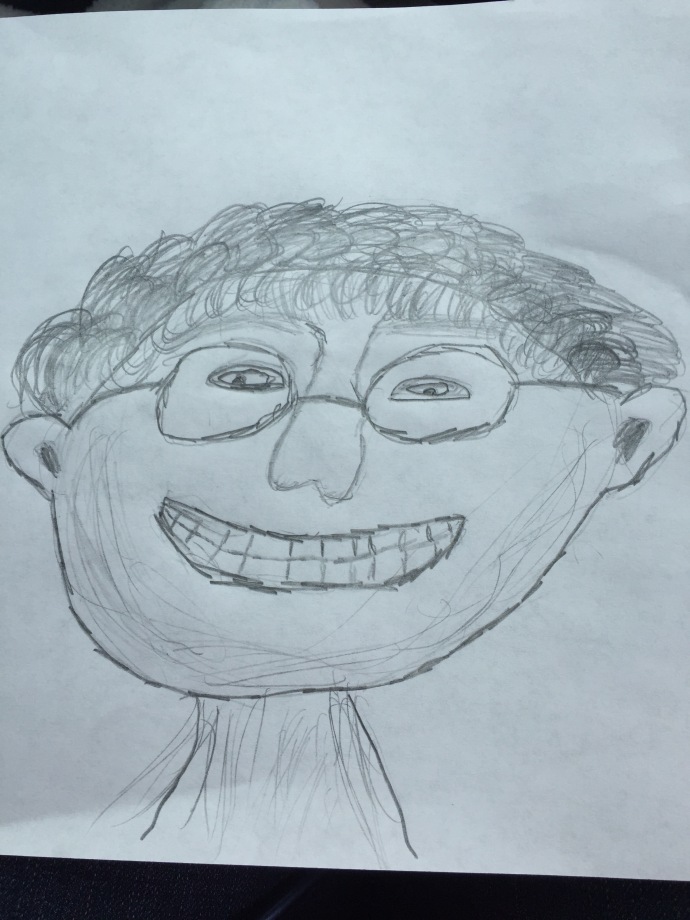 Hannah is working on her drawing skills. 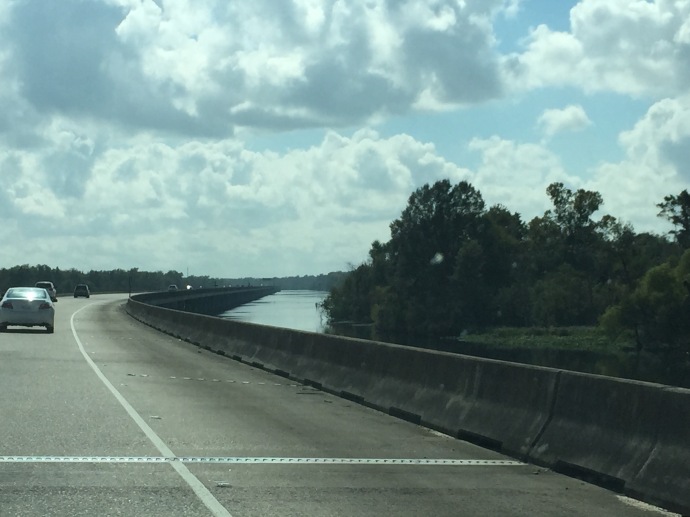 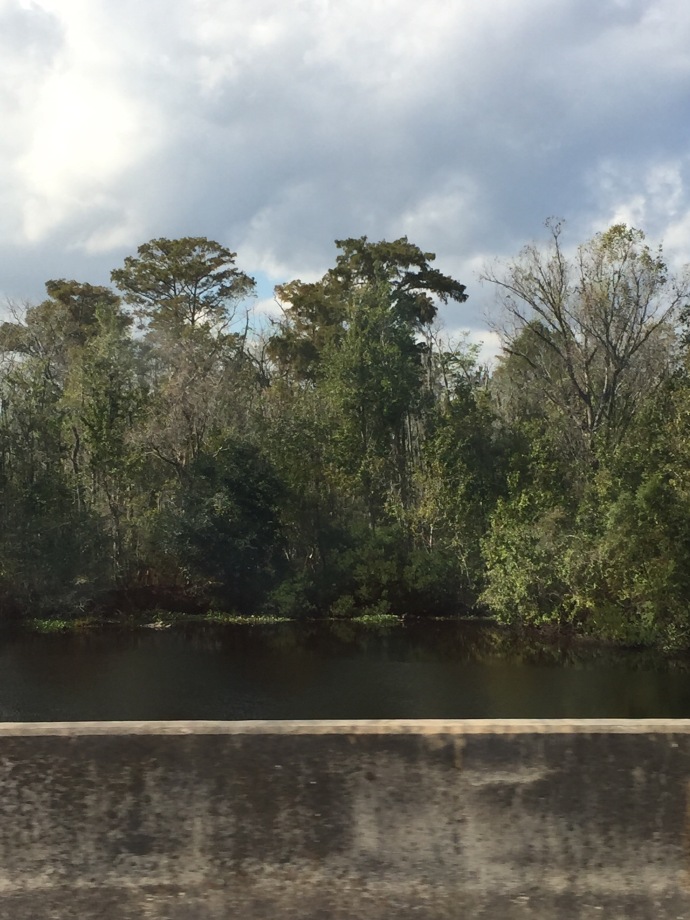 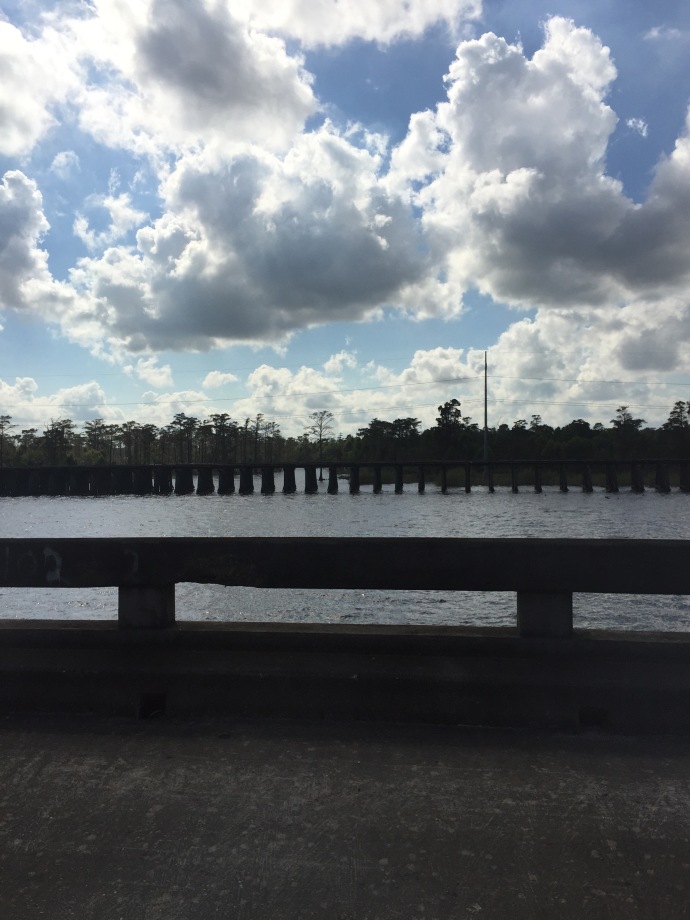 Caleb thinks this looks like a chicken doing the back stroke through chicken noodle soup. 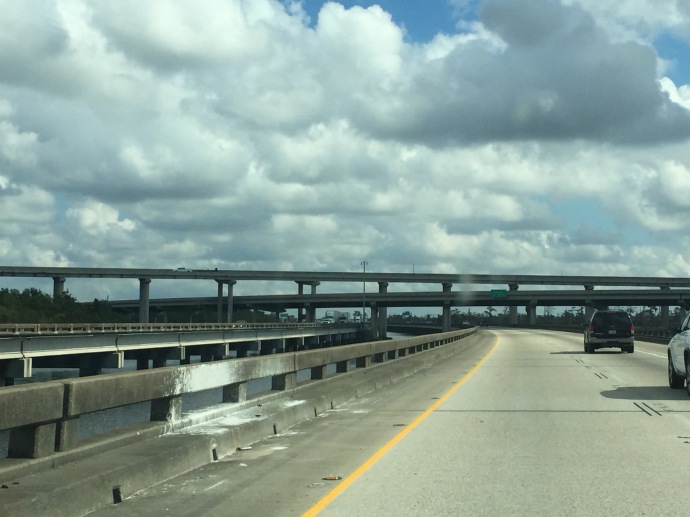 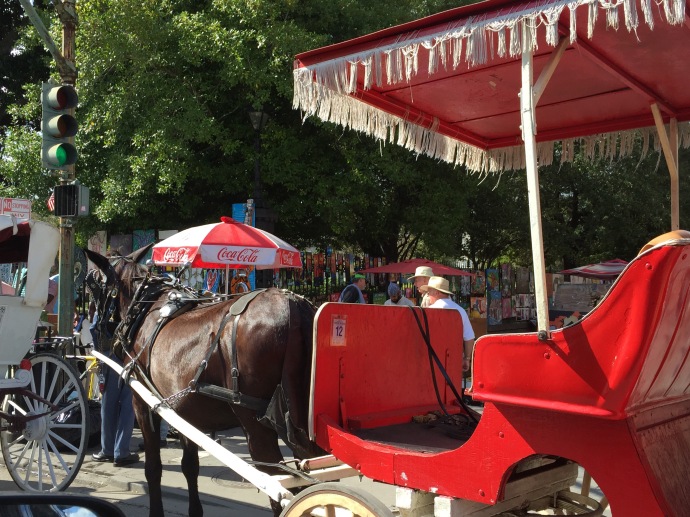 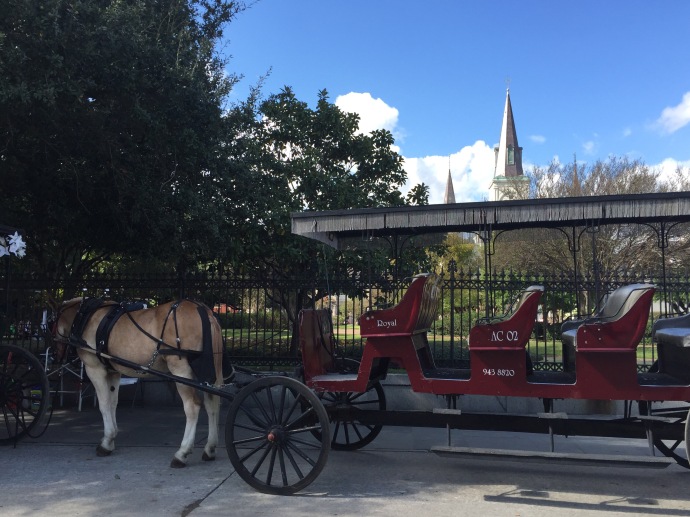 Hannah had this strange little tooth piece come out of her mouth it looks like an underdeveloped molar.  Since there looks like another one is starting to push up through the gums I’m not going to worry about it. 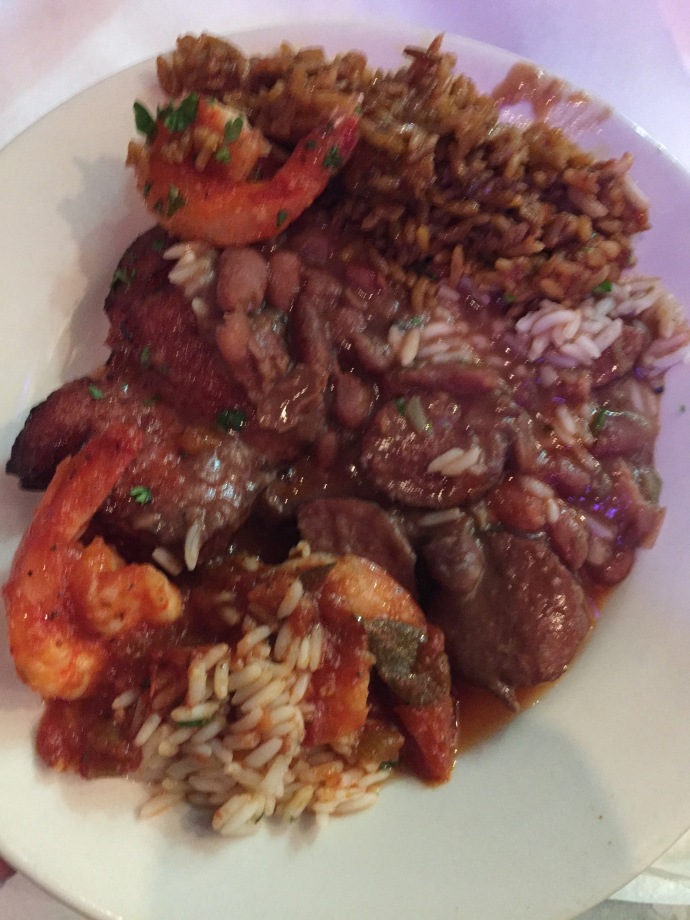 From top to bottom, Jumbalaya, Red beans and rice, and shrimp creole for lunch.  The fam split a oyster po-boy everyone except for Hannah was all over it. 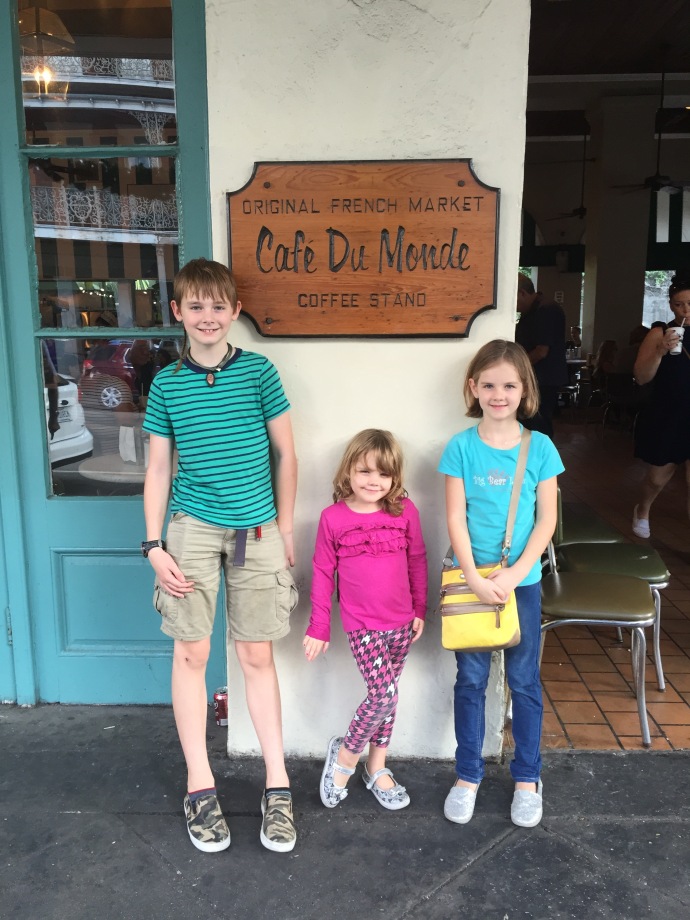 The kids made smushed pennys while Chad bought some beignets for himself and the kids and coffee for me. 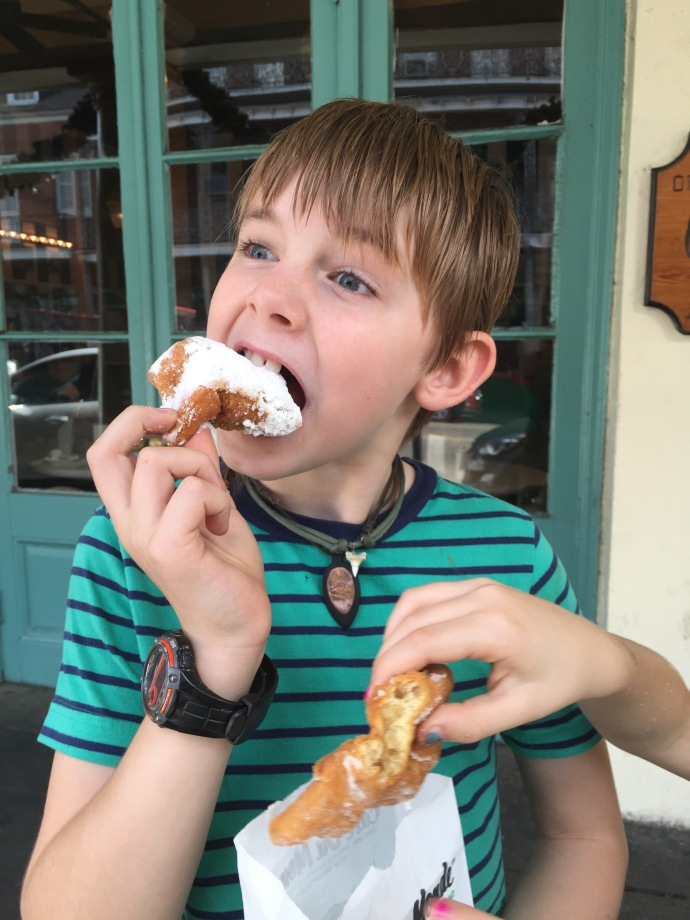 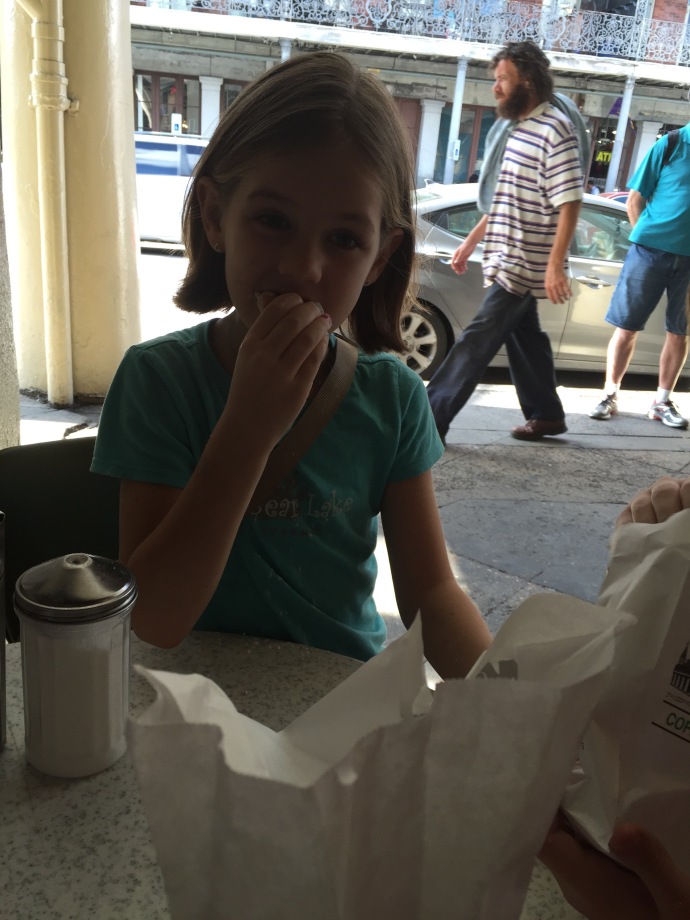 They were a powdery mess but worth the experience.  The French Quarter is nothing like it was when I was a kid, but it has come a long way post Katrina since we were here in 2006.  I miss all the beautiful hanging flower baskets. 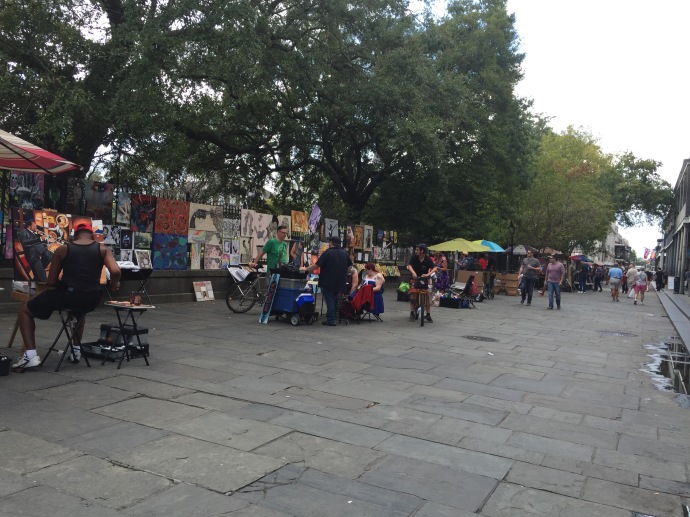 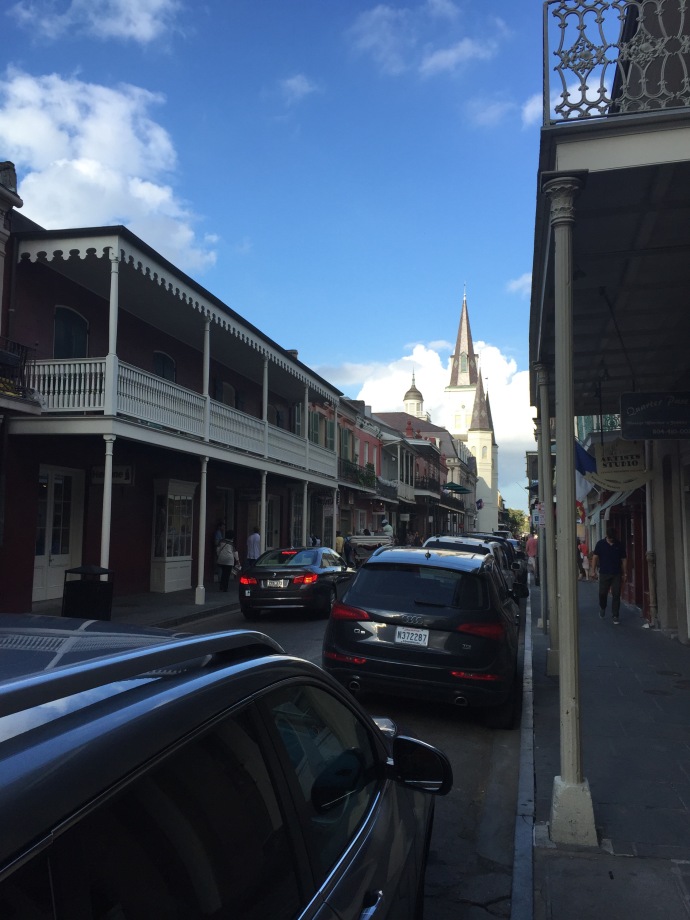 We enjoyed the steer performers and artists.  Before we left New Orleans we had to drive through the Lower Nineth Ward.  I wish we had our 2006 pictures of it on FaceBook but at least for me it was pre FaceBook.  It has come a long way. I thought they might not rebuild that area because of the vastness of the destruction and the risk of it happening again.

There were a few foundations here and there but most of the debris has been removed and new houses are up in their places. Several places have boarded windows, but evidence that they are being worked on and and a few like the buildings above are ones remember from our previous drive through that survived the storm (I’m sure they had to be redone on the inside).  The drive down the coast was uneventful.  It grew dark before we crossed into Alabama so I have no photos of that but the clouds were amazing before it became dark.

We stayed the night in Pensacola Florida…warm and humid.  Stoping at 7:30pm.  We stayed in a fairly nice hotel and still making our selves at home included killing a cockroach on the bedside table.  Those little guys are fast.