Productive for a Travel Day

I got off of work in good time this morning.  Our goal was to make it to  Pendleton but we had a long to do list in Salem before we headed out.  Packing up in Newport didn’t take long, a necessary coffee stop didn’t set us back too much either.  We thought we had most of our “to do” paperwork ready but there was a lot of it and it seemed overwelming.  Our first stop in Salem was Chad’s parents shop to make photocopies and reprint some forms that had errors on them then off to the post office we went.  We got my packet of continuing ed. all put together to send in for my California license renual, this is the first license I have had continuing ed. requirements on and I think I have more than enough but my PALS, NRP, ACLS, BLS don’t say how many continuing ed. credits they are so I am not 100% confident that I have everything I need (I have three other certification classes too so it was probably over kill, but really I don’t know).  We got that sent off to the State of California Board of Nursing, Caleb’s passport paperwork and photo all submitted, and employee health forms submitted to my agency.  We stopped by the house to drop off my Nursing Portfolio and a few other things we will not need for Idaho to clear some space under my feet, Chad made a call on our insurance and left a message.  We are having more headaches with that.  He is anticipating a good hour long phone call when we are able to get through to the people we need to talk to on that.  Myra is staying home from this trip since we don’t have a good place for her to stay when we go to Roaring Springs the car even in the shade with the windows down would be too hot.  I looked through my file box of school papers from my childhood to see what school I went to in California for the first part of Kindergarten because one of the nurses that I have been working with grew up in Janesville until 8th grade and I thought I had gone to that elementary school which would have meant that we would have gone to school together.  I turned out that I went to Johnstonville k-8th school which is only about 7 miles away from Janesville.  Even though it didn’t end up being the same school it is fun to have that connection as we lived very near eachother for four years of our lives.  I was surprised to see our long check list get completely checked off, in less than an hour we were back on the road.  By the time we hit Portland I was out, it was after noon and I had been up all night working and was starting to feel nauseated.  With a stiff neck, a bit of drooling and snoring I’m sure we made it into Pendleton just before 4:00pm.  Suzanne and Jeremy were still at work, but Suzanne had arranged with the baby sitter that she could leave when we showed up.  She was out the door maybe a min. When I hear Elijah who had been in his room seconds before, talking away from behind the closed bathroom door.  I tried the knob and noted that it was locked.  Maybe Chad was in there and Elijah was in the room next door, I checked.  The. I heard his cute little voice again.  He was definitely in the locked bathroom by himself.  He tried the knob and was not getting it open and it did not appear to be an easy to open door we were going to have to take the knob off since the hinges were not even on the outside of the door.  I shot Suzanne a text, “Elijah locked himself in the bathroom and couldn’t get it unlocked. We had to use a small screwdriver to unlock it. He wasn’t too upset by the time we got in there. Silly boy. We have barely taken over care and we are already making memories.” As Chad attempted to unscrew the side of the knob it popped and unlocked.  Few that could have been a lot worse.  Jeremy and Suzanne soon both came home, dinner was served and the kids played.  I’m glad we didn’t try to push on all the way to Idaho today. 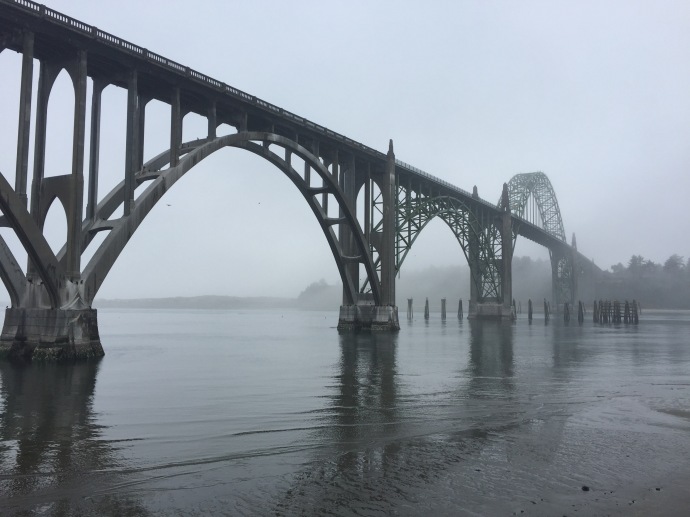 This was taken on Myra’s morning walk.  When I drove over the bridge from work the fog was so thick it looked like I would drive up the entry into the bridge and into the clouds.

I must have been really needing the caffeine if I was so entertained by trying to take a picture of the heavenly liquid through the circular opening of the lid.   I loved that at the passport office the guy teased Caleb that he could give the second picture to his girlfriend, he was given a most awesome reaction.

The drive from Portland on was a sleepy blur, the kids as always really enjoyed eachother’s company and became quite muddy in the process.  Aunt Suzanne hosed them off before they could come back in the house….don’t feel too bad for them they loved it. 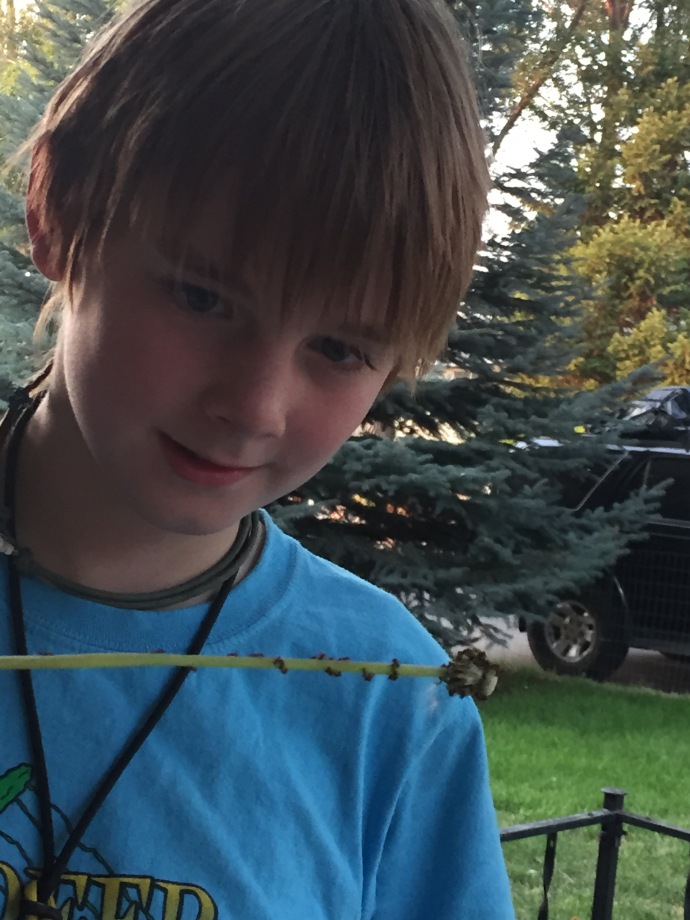