Caleb has wanted to go to Legoland almost since he could read which was a long time ago. He had seen the adds and read all about it in the Lego magazines that kept making their way to our mailbox. Grandma and Grandpa wanted to get things for the kids but with our limited space in mind had picked Legoland tickets. The tickets expire 12/31 so we took advantage of the beautiful weather today and headed toward the beach in Carlsbad California. 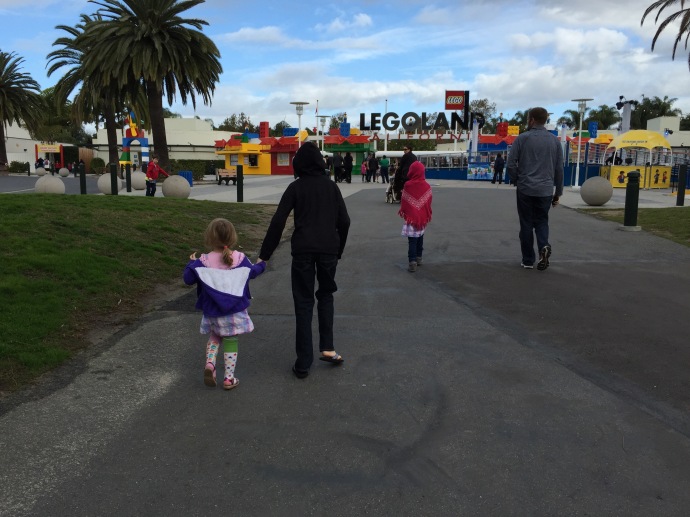 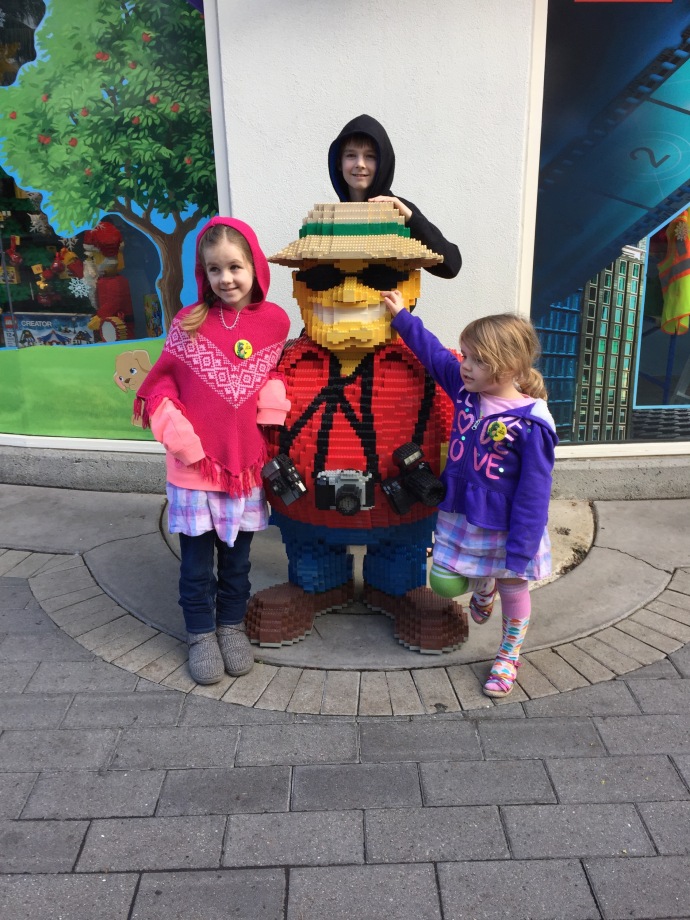 Legoland has a narrow target audience 5-10 years of age but since that is right where our kids are it was perfect. 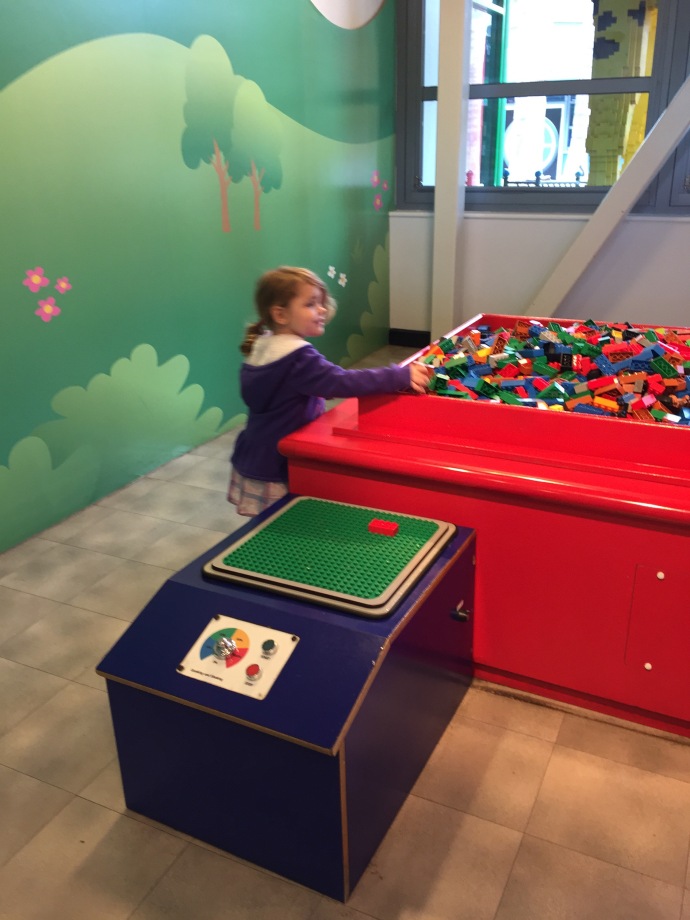 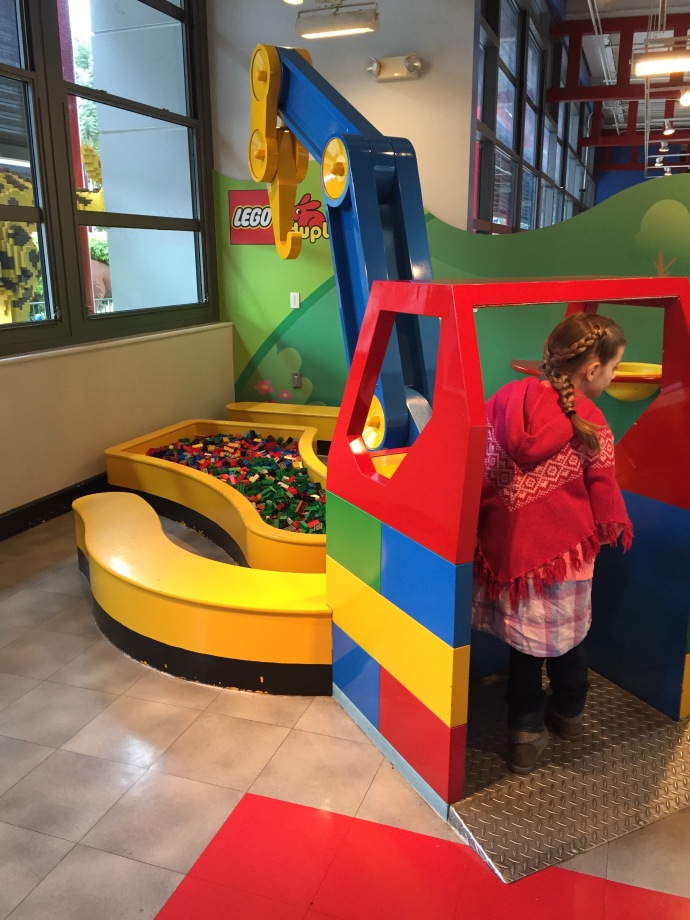 There where Lego creations, rides and boxes of Legos available for free play.

Eve was too short for a few of the rides but most of them she could go on with an adult. 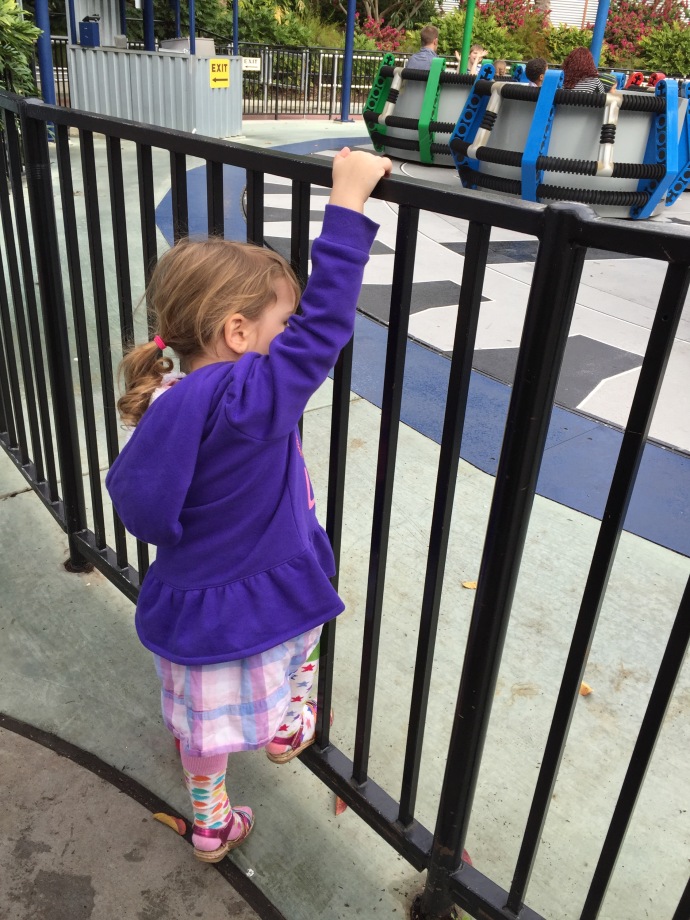 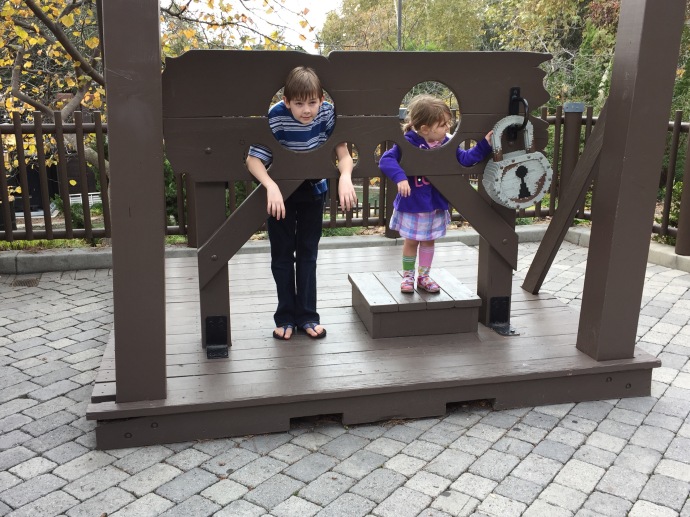 the most impressive thing at Legoland is the miniature towns, cities, national and world famous monuments made completely out of Legos. 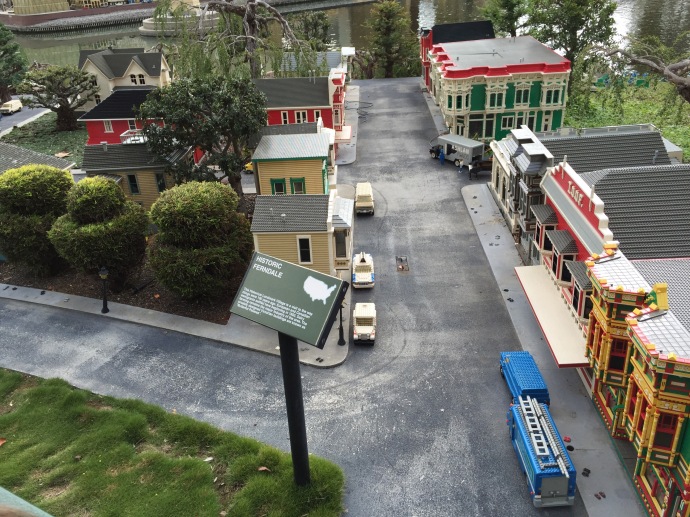 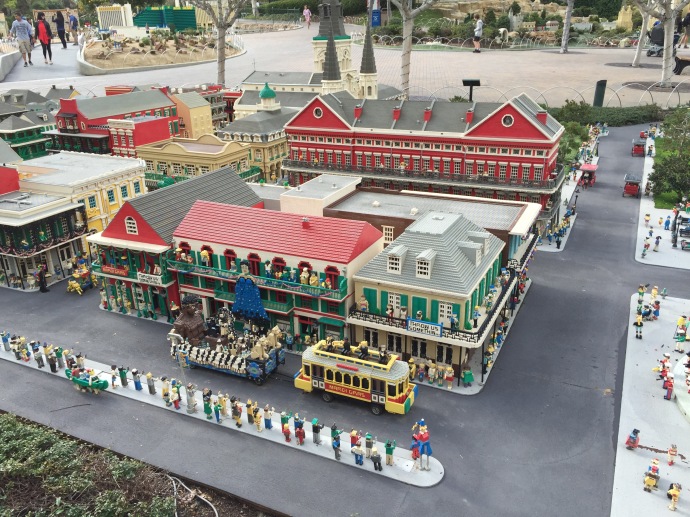 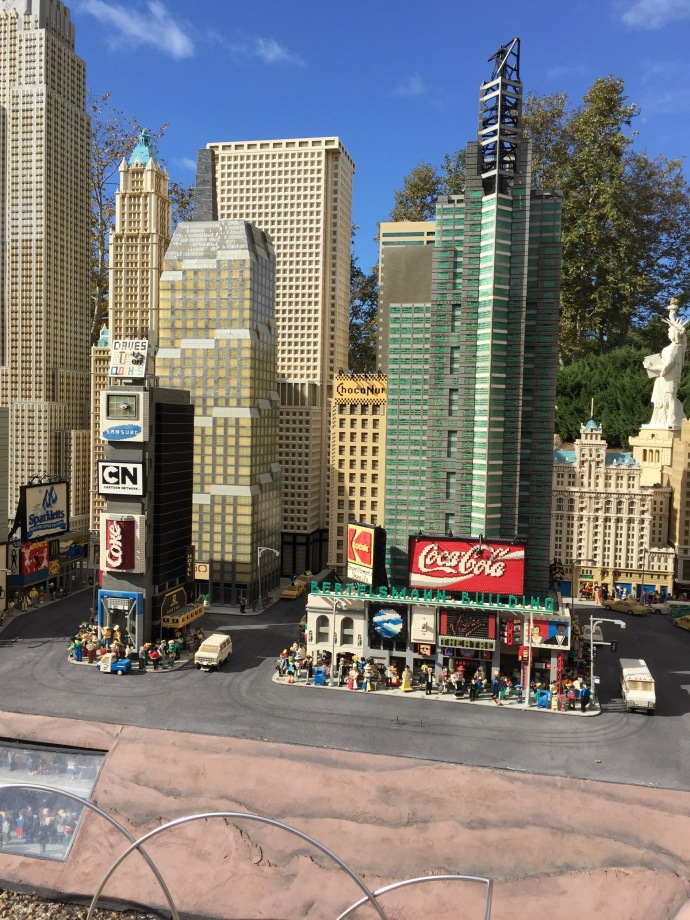 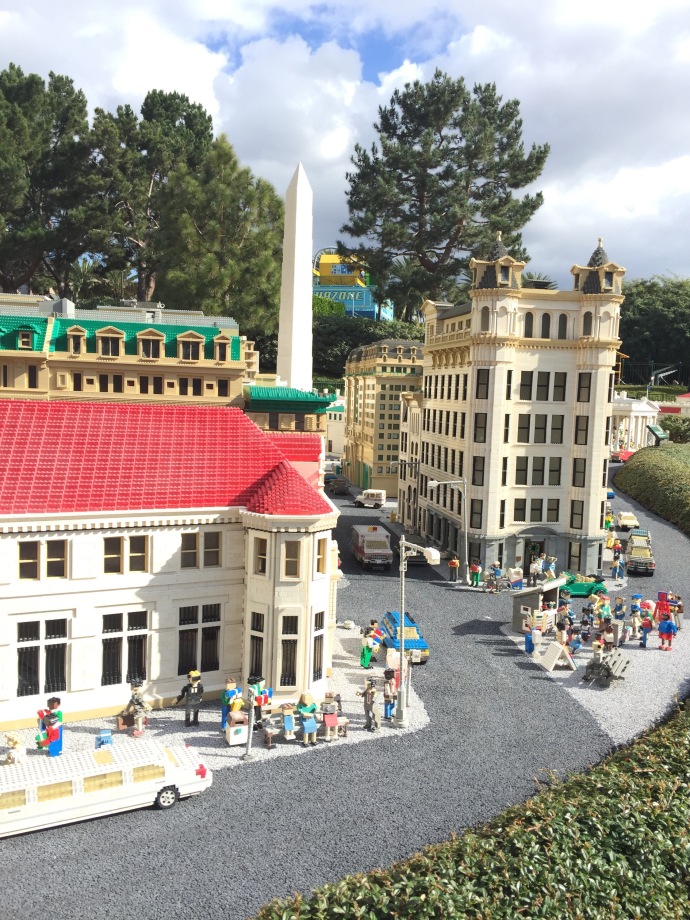 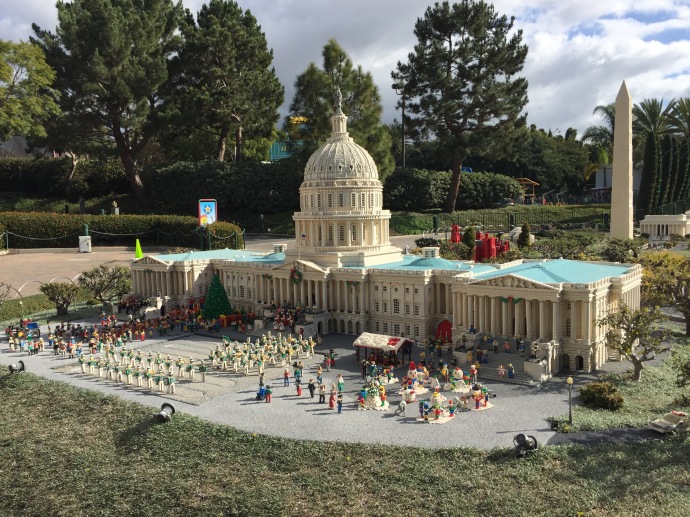 Eve and I had to take a helicopter ride selfie before taking off.

The kids all three went to driving school. I can say right now that it is a good thing we have a few years before Eve is behind the wheel. 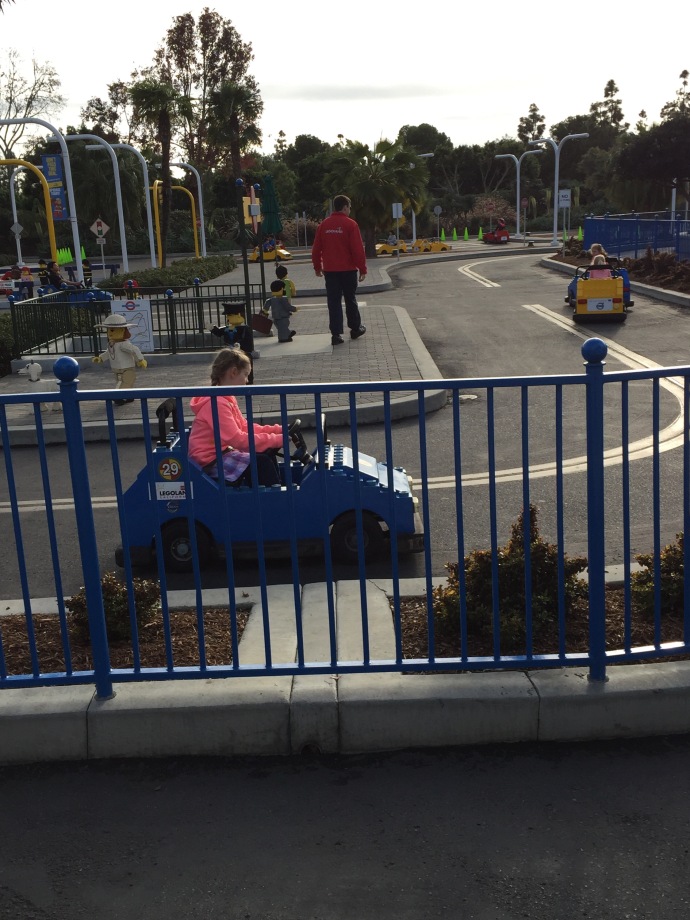 They got their drivers licenses when they were done, watch out world.

We had lunch at a burger place that had GF buns and was reasonable prices for being in an amusement park then got back to the work of seeing the whole park and trying out all the rides. 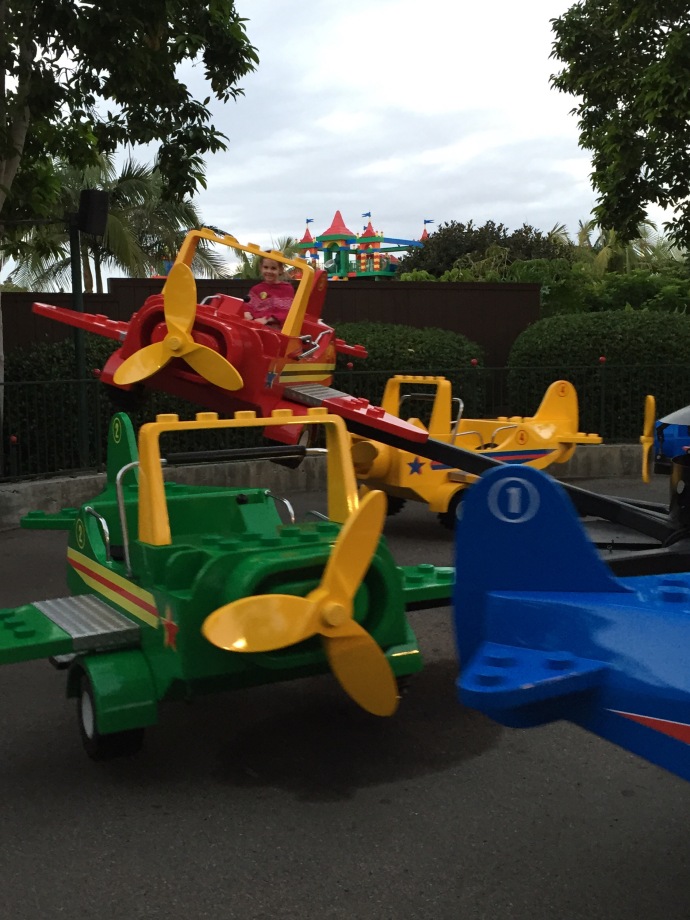 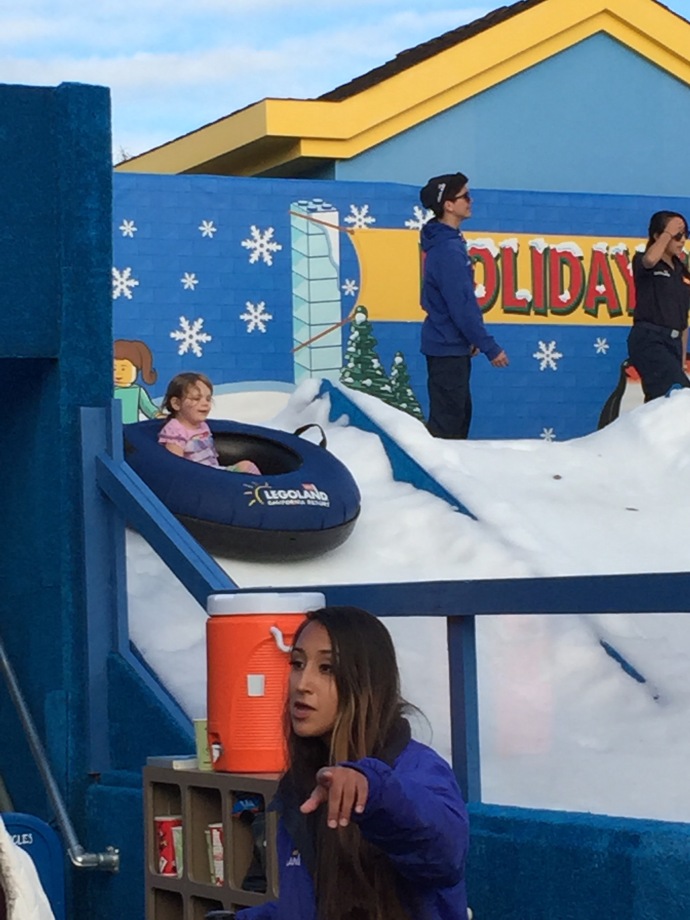 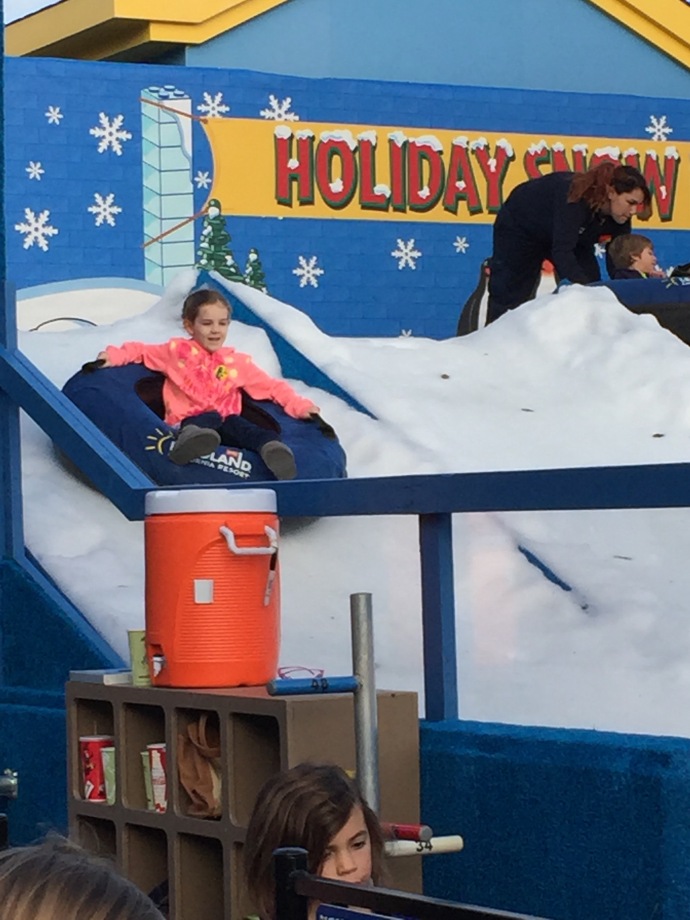 to end the day we attended the 5:00pm tree lighting and played in the falling snow flakes. 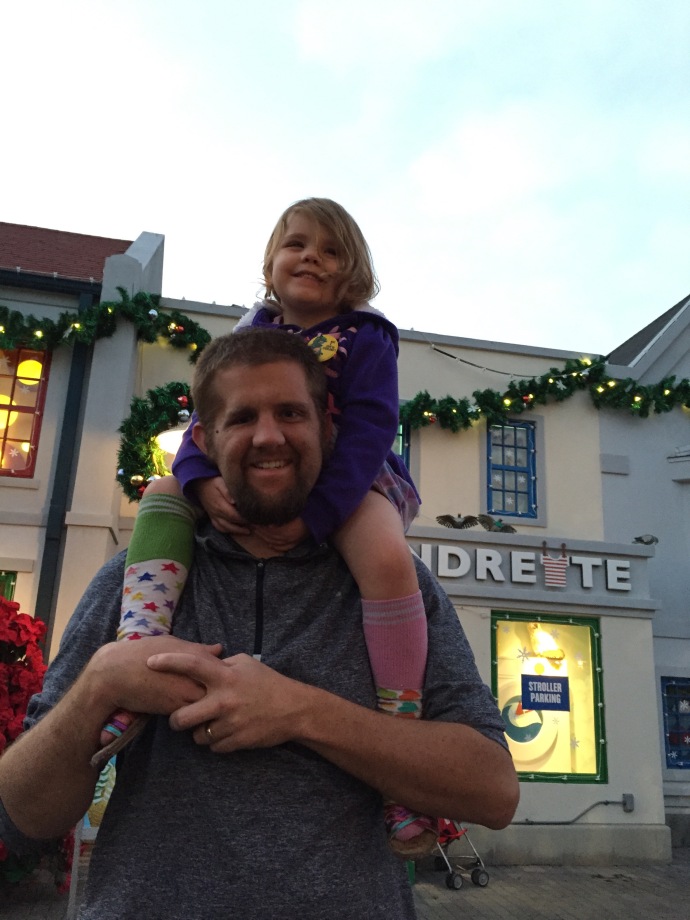 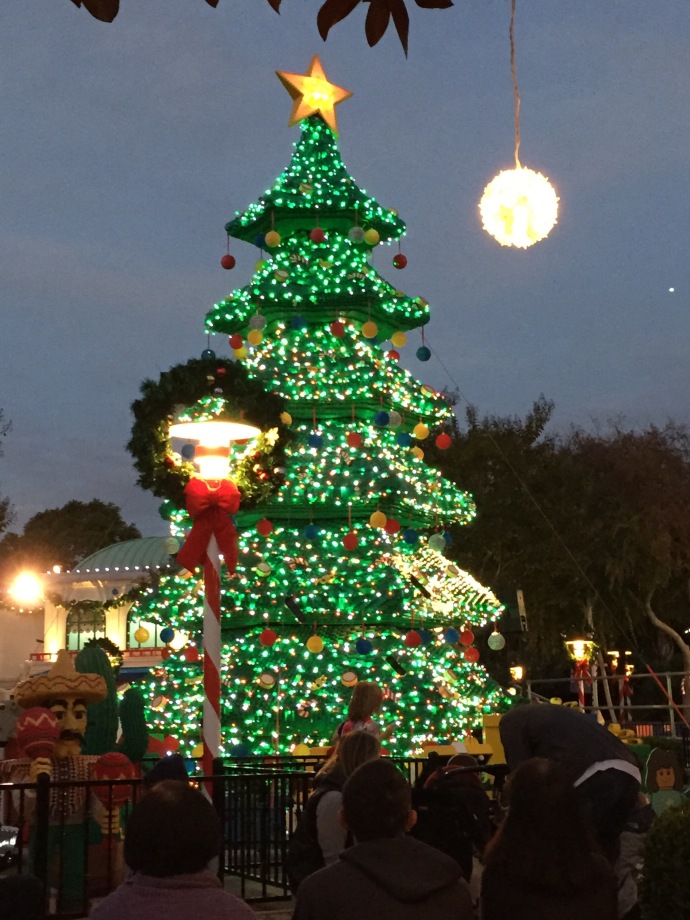 We ordered a snack for the road and headed out. Samantha met us at Grandma and Grandpa’s house, Hannah and Eve gave her no personal space they latched right on to her claiming that she was their very best friend. I reminisced a little about when Samantha was that age. I was at the end of high school when she was Eve’s age and married Chad when she was Hannah’s age. She was so darn cute and energetic too. She would always want to be sitting in my lap. I remember when she was about two and I spent the night at her house and slept down stairs, her parents said she could sleep with me. It was my first experience sleeping next to a toddler and I can tell you after raising three that most toddlers sleep the same, sideways with there feet on you somewhere. If it isn’t your back it’s your head. Fun memories little Samantha Lou. Now you are getting ready to graduate from college. Time sure does fly even when it isn’t your kids who are growing up too fast.