A Family Day At The Beach

We spent the night at Grandma and Grandpa Owens house last night with loosely made plans to go to the beach. Donna was up so early considering she hadn’t even gotten off work until 12:00am. Although we were up early we got a slow start and weren’t even on the road until 10:30am. Grandma had gotten matching boots for us girls and we all wore them today.

We pulled into the roads end in Lincoln City and were just thrilled to see the Pacific Ocean again like an old friend that we so longed to set our eyes on. The beautiful crashing waves, moisture in the air, the roar of the water, the fog obscuring the rocks in the distance. So perfect. So beautiful. 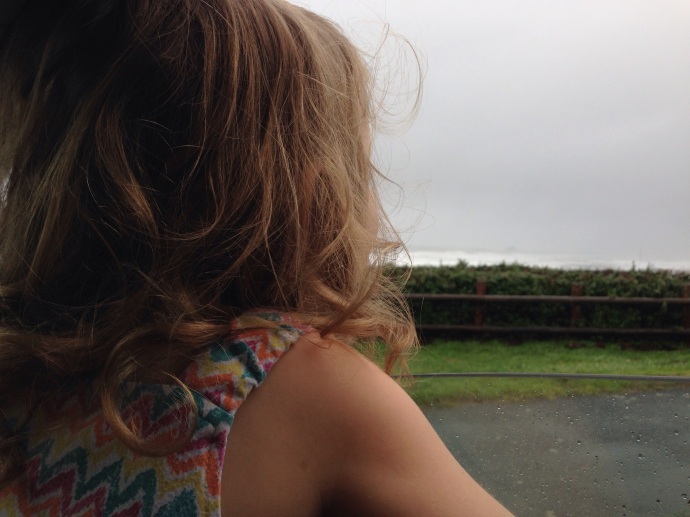 We got out and walked down to the edge of the surf. The wind blew Caleb’s hat off, but he was able to retrieve it from the surf. We ran and skipped around and although it was cold every one was grinning ear to ear. 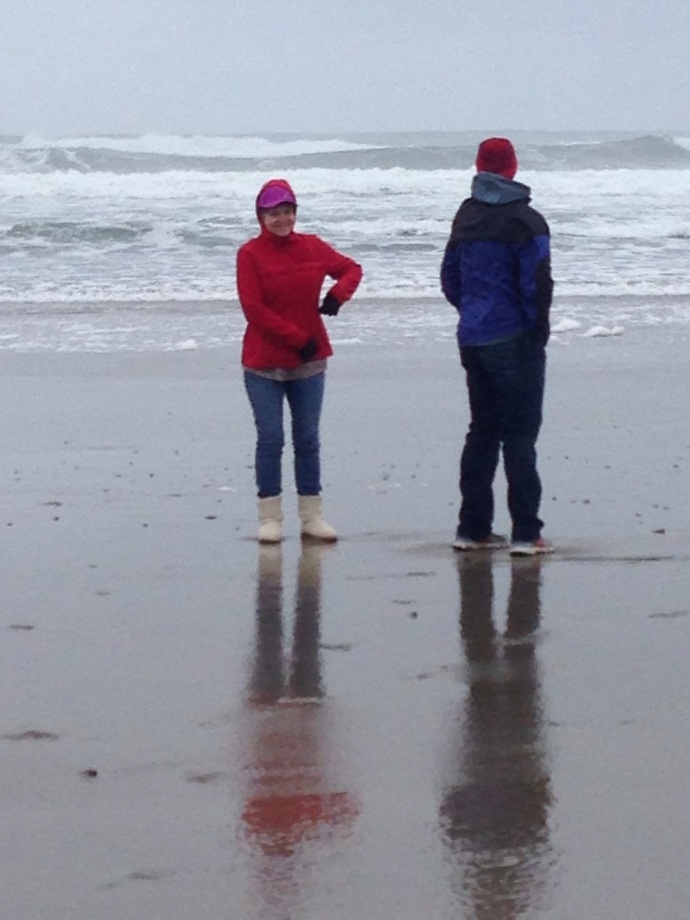 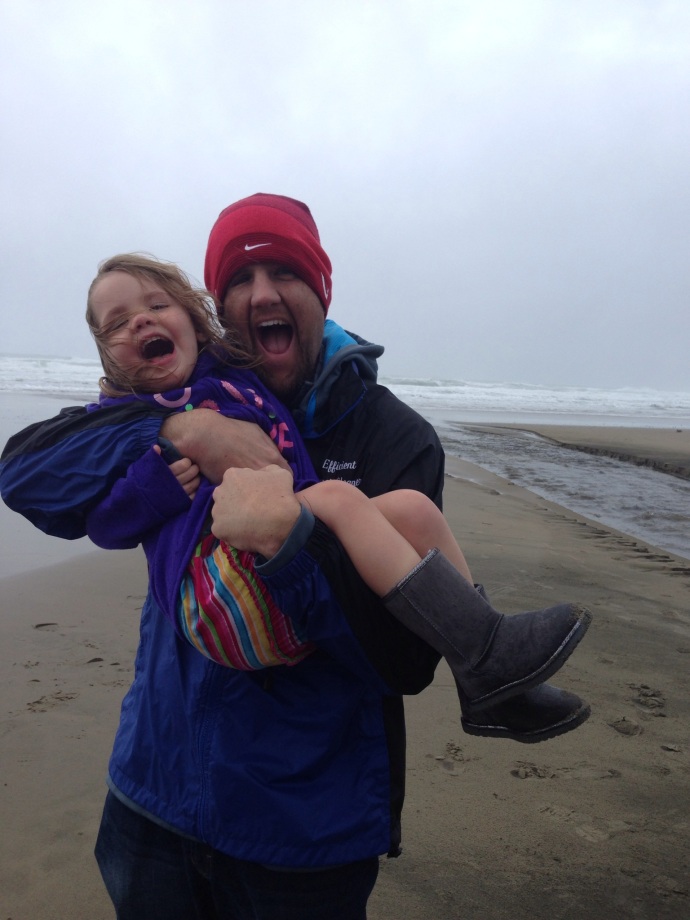 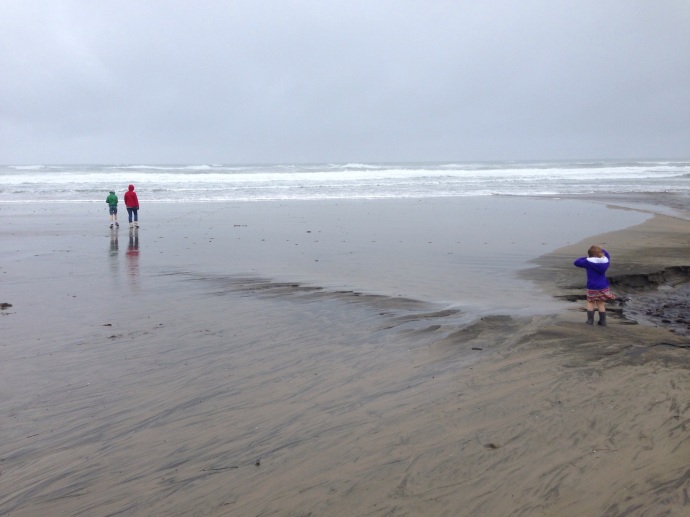 Being so wet, windy and cold (I’m hesitant to say that because compared to Wisconsin it was quite warm) after a short while we headed to the car. In town they had two reindeer on display we stopped to take some pictures for Cyrus they were so cute. 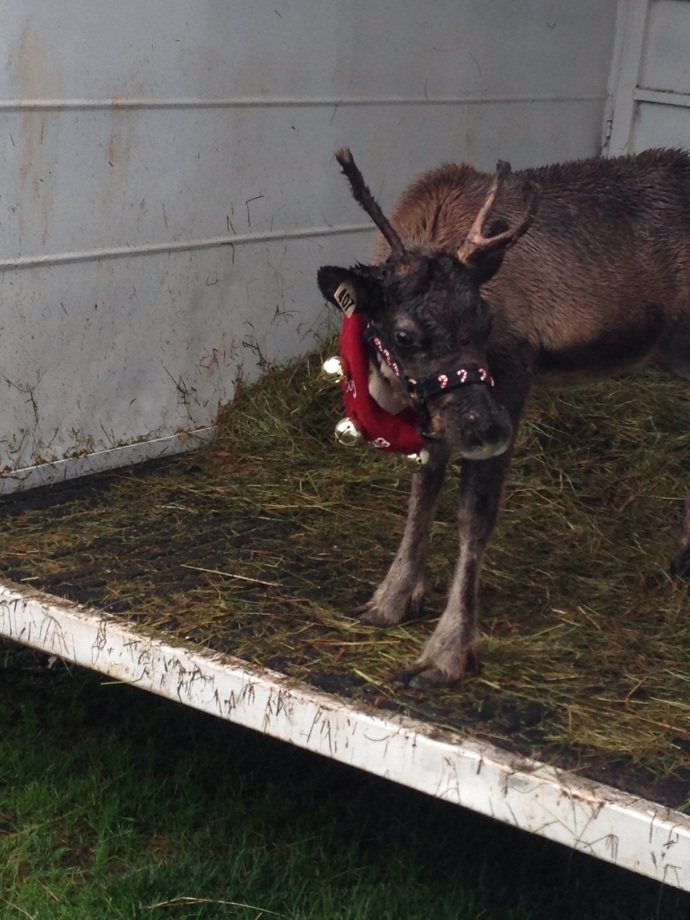 Mo’s was tradition for family time at the beach so we headed there for lunch after driving a loop around one of our favorite campgrounds.

lunch was good, it was so fun to just be together doing our favorite family activities.

I’m not a big shopper but there was several things that we needed clothing wise for the kids and we rarely go to the beach without stopping at the outlet malls and today was no different. We were finally able to find pants Caleb’s size that fit our tight budget $10 and for Hannah too who recently wore holes in her two pairs of jeans $8. That was totally provisions from above just finding them because Caleb is so skinny that even skinny jeans don’t stay up on him. Donna blessed us by unexpectedly covering the cost of the much needed clothes of which we are soooo thankful. Thank you Donna again. We ran into Dr. Hall, Ruth, Bill and Christine at the outlet malls. It was so good to see them and congratulate them on their wedding in person. They let me know of the up coming Honduras medical mission trip in January of 2016 and let me know that I should plan on going.
The drive home was rainy. With Hannah and Eve asleep the car was awfully quiet. So after fighting the nods I started singing but wasn’t able to get Donna to join in until we tuned the radio to Christmas music. Eve was not ready to say goodbye to Grandma and Grandpa yet, I don’t blame her a bit for that she adamantly insisted that she stay with Grandma one more night. The two older kids packed for friend sleep over at the Buswell’s house. We trough some leftovers on plates for a quick dinner of which the kids out of excitement ate very little. Upon arriving at the Buswell’s house we not only got a personal tour of their new house but dinner and a chance to just sit and visit. The kids were so busy playing together that we hardly saw them, we didn’t have to worry about what Eve was into it was so relaxing. Thank you Buswell’s for dinner and an evening of relevant adult conversation and an opportunity to foster the kids friendships with each other.