Friday I caught up on the blog mostly, grandpa asked me to sign him up for Facebook, and we ran a few errands.  Uncle Richard had told me that I had better be thinking about where I wanted to eat dinner because he wanted to “wine and dine” me.  I asked him what were some places in the area and decided on RJ’s because I had never been there before.  It is a steak house here in Murrieta.  Ribs and veggies hit the spot.  Afterwards we picked up Bart at the groomer because it was close by and near time.  Marisa had the idea to go bowling which sounded great to me.  The lanes were all full when we got there, so we put our name on the list and continued on to the arcade area.  We played some air hockey and shot some hoops before our name was called. I haven’t been bowling in such a long time.  I’m not great at it, but I sure do enjoy it. 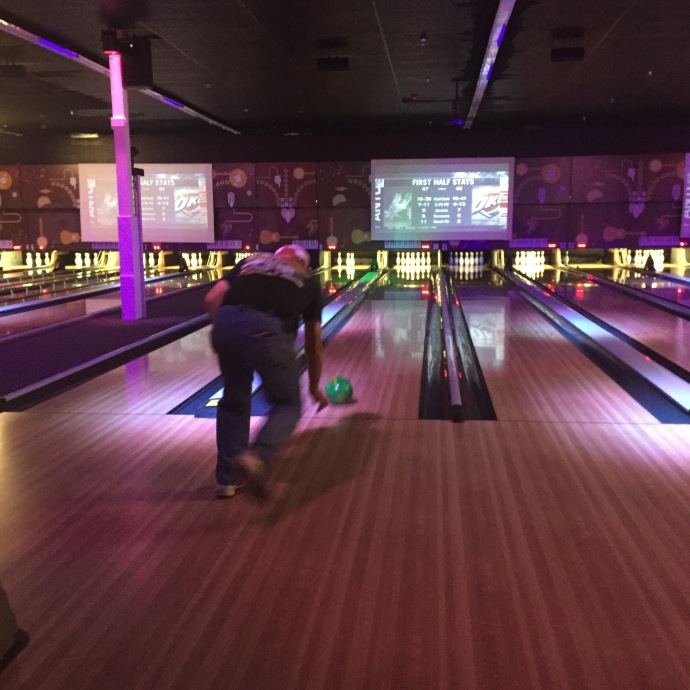 It was a fun way to celebrate!