Is It Now or Never?

It’s only the middle of November, what is winter thinking approaching so quickly, encroaching on our hopes of making it to every state in the United States.  November is already pretty much full with work and plans to visit family in Indiana save three days this week.  Do we dare wait until December and hope for good weather?  Do we want to leave getting to those northeastern most states to chance.  It isn’t like we can really take a ton of time to really enjoy them in three days, but we can say that we have been in those states.

This morning Chad and I pooled all of the cash we had been collecting for each other’s Christmas presents, spending money left over from the travel nurse conference in Vegas, and cash he had made from sewing hammocks to use as gas money, packed a cooler full of food, and all the kids up and headed North.   It will be a few days (Thursday or Friday) before our first paycheck comes and after driving all the way across the country the long way and getting the apartment set up this week will be tighter than most. 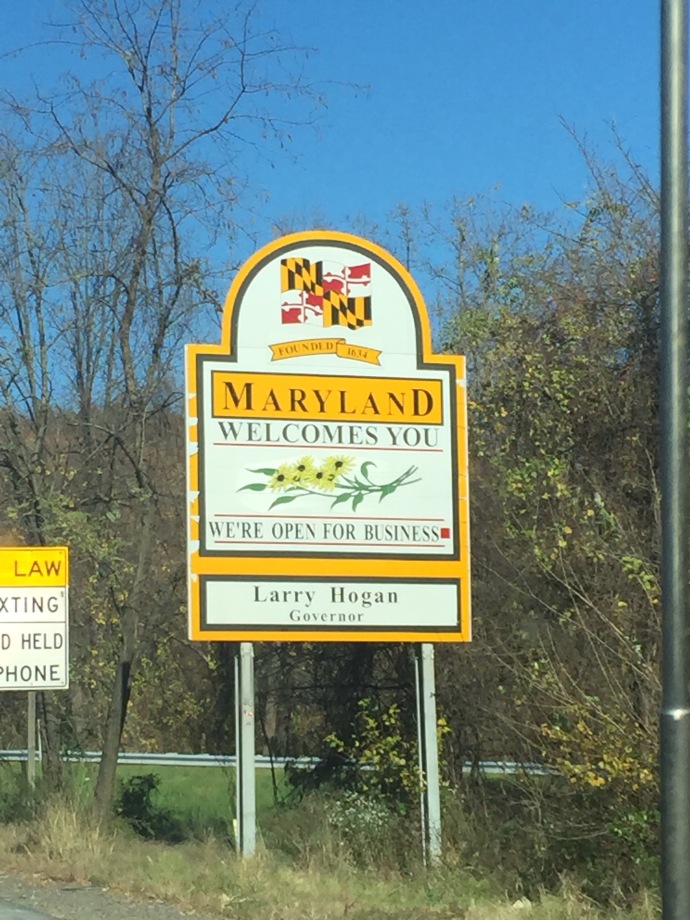 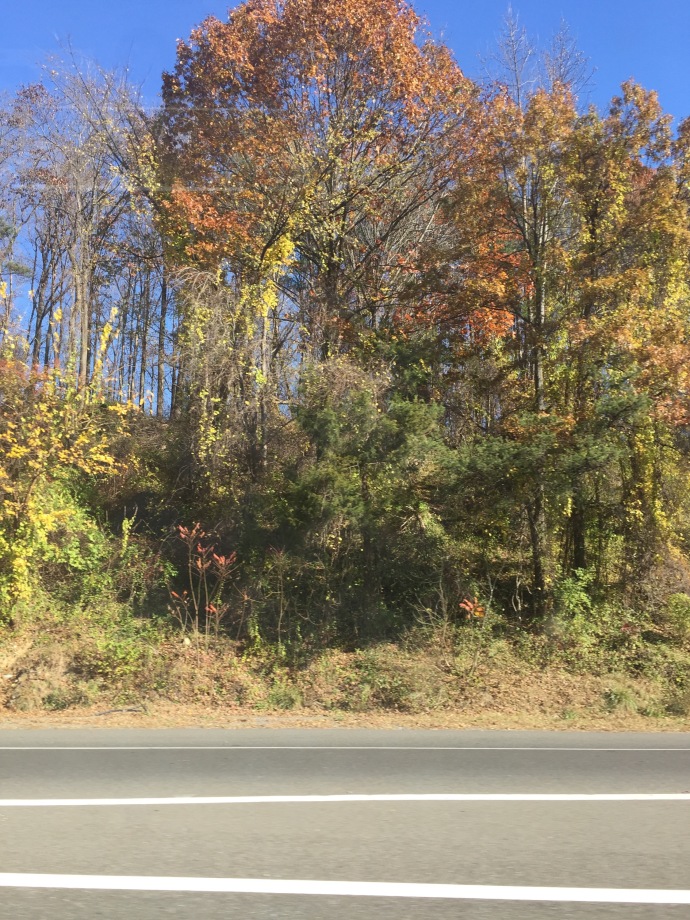 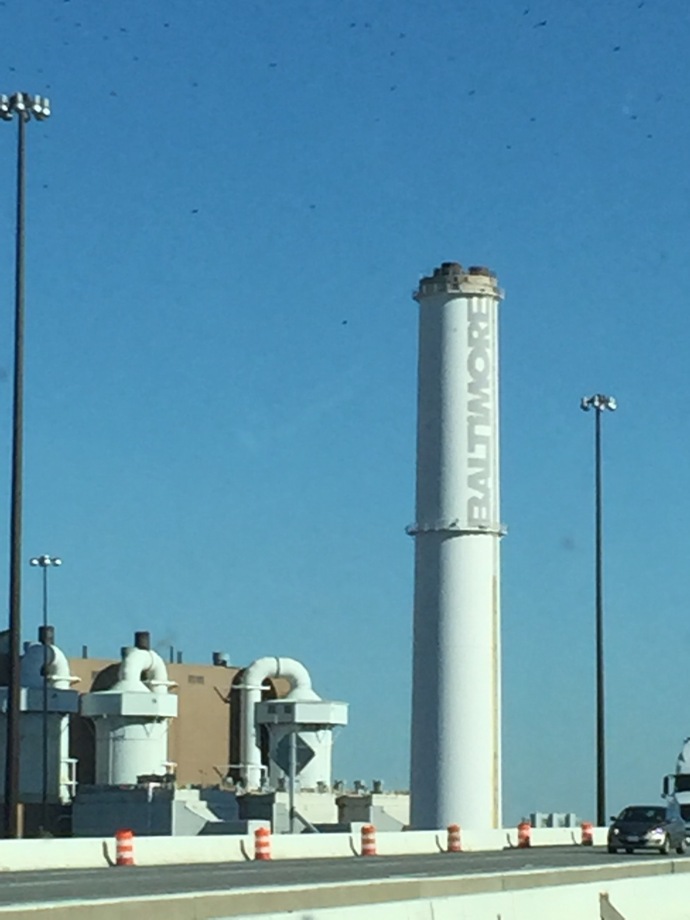 The tolls were just killing us.  $4, $6, $8 were tolls all within 30 miles of each other.  We had two other  $14.50 driving through New Jersey, and $14.00 for the Holland Tunnel in New York after that we tuned the GPS to avoid tolls which made getting out of town more afordable but a whole lot more crazy.  (When we pulled up to pay the $8 toll the lady asked for our EZ Pass, it was an EZ Pass or cash lane so we weren’t in the wrong lane.  We told her we didn’t have a pass because we were from Oregon and she said, “ok your toll is paid.” We do not know why she was so nice to us, but we sure did appreciate it.) 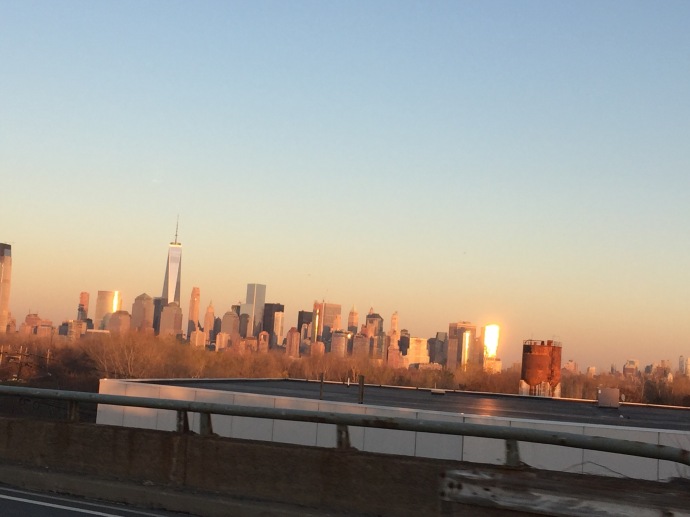 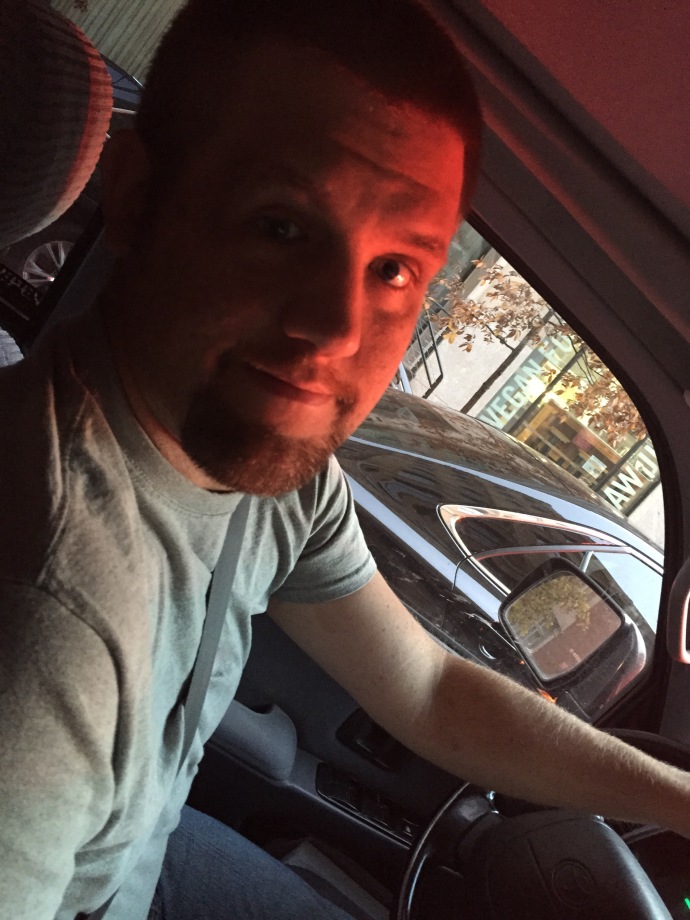 We loved seeing the Statue of Liberty from a distance.  We put in the GPS the Statue of Liberty National Monument and it took us way around downtown through crazy traffic and when we got there there was so much construction around the park that there was no place to park a car.  We could see the statue at a distance behind us with the red sun setting behind it. It was so beautiful, but distant.  We would have been able to see it so much better if we had viewed it from the New Jersey shore instead of downtown New York City.  We loved all the the shops and people watching.  We had to stay pretty quiet because Chad needed to focus solely on piloting.  It is amazing how inadequate GPS (on my iPhone)is when you have streets stacked on top of eachother and so close beside each other.  It was not reading our exact location or what street we were on as well as periodically freezing which didn’t help much either.

We liked the all in one rest stop type exits in Connecticut. Gas stations with the attached convienience store comprising of a mini mall food court with McDonalds, Taco Bell, Chipotle, Sabbaro, Subway and others as well as the traditional convenience store.  I didn’t get any pictures of Connecticut as it was so dark.  We spent the night just out side of Providence Rhode Island.