Posted on November 1, 2015 by theowenscrew

0730 am rise and shine, shower, clean.  Chad already had the crockpot going with dinner in it and had headed out to get some last minute groceries.  Stephanie had drawn a Christmas tree on the chalkboard with the kids help and we all started putting the wrapped gifts out under the tree. 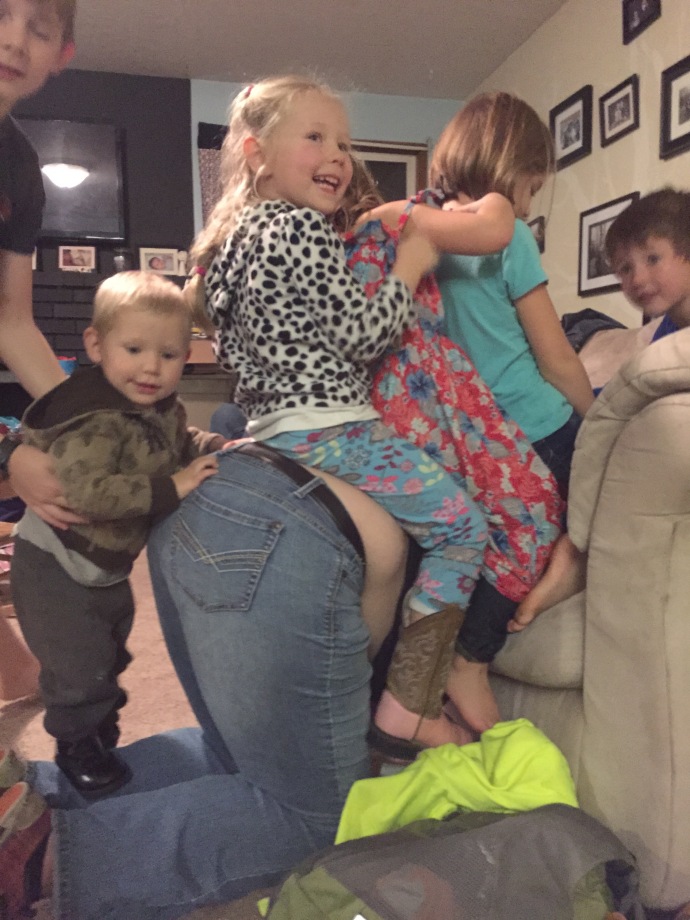 The kids spent most of the day just playing together. 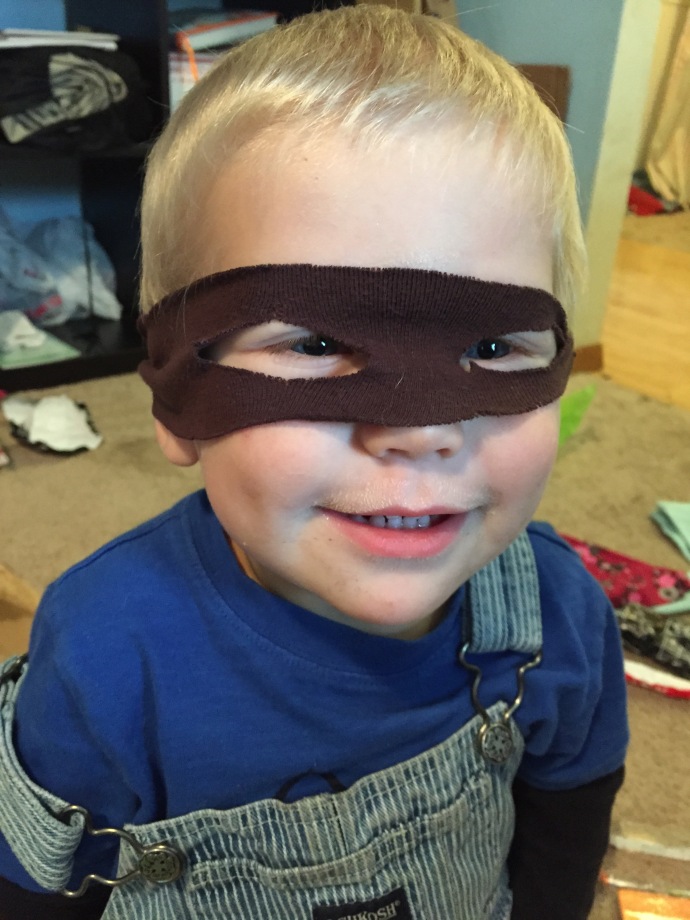 We enjoyed a few visitors (adopted family more like) especially since we weren’t able to say goodbye at church on Sunday.  The kids know Becky’s soft spot for books. 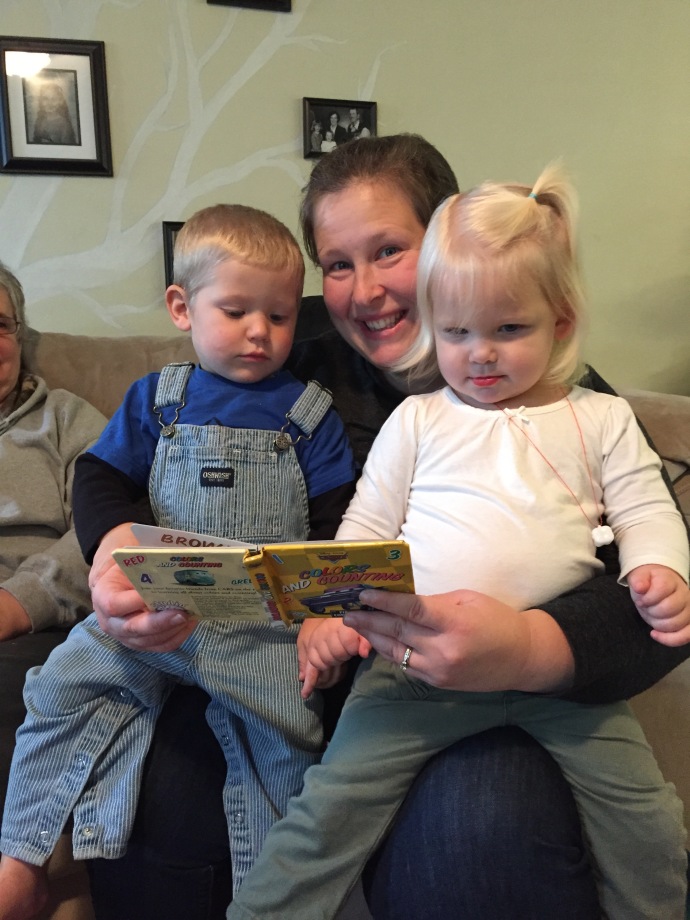 After noon we read the Christmas story in Luke and exchanged gifts.  The kids were so fun to watch as they are now old enough that they have their own ideas of what to get for people and have saved and used their own money to buy gifts.  That makes it all so much more fun to watch. 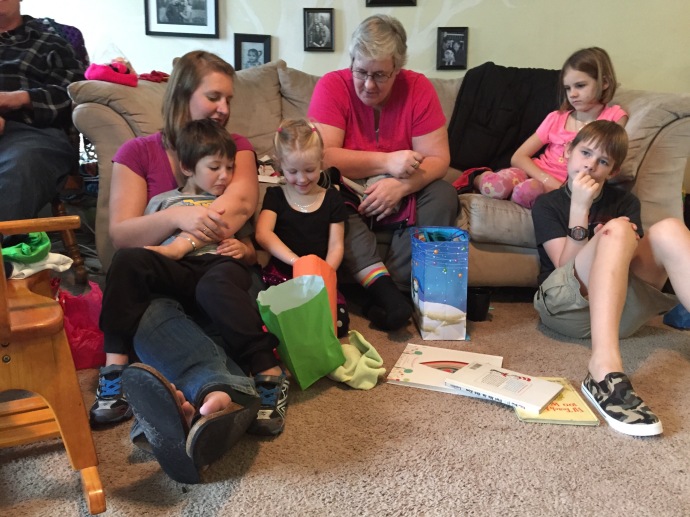 Elijah was the master gift opener.

Caleb picked this out for Grandpa and it was a main source of entertainment at least for Grandpa. Lol.

After gifts the kids played some more and us adults got busy preparing dinner.  We had planned to do a traditional Thanksgiving dinner, but the turkey did not make it to Salem and instead of buying one we decided to cook up another treat that had been gifted to us this week. Cow tongue.  If you have ever tried lingua tacos at a Mexican restaurant that is what we made.  Don’t knock it until you try it!  It got two thumbs up from everyone and the kids are insisting that it be a new tradition. 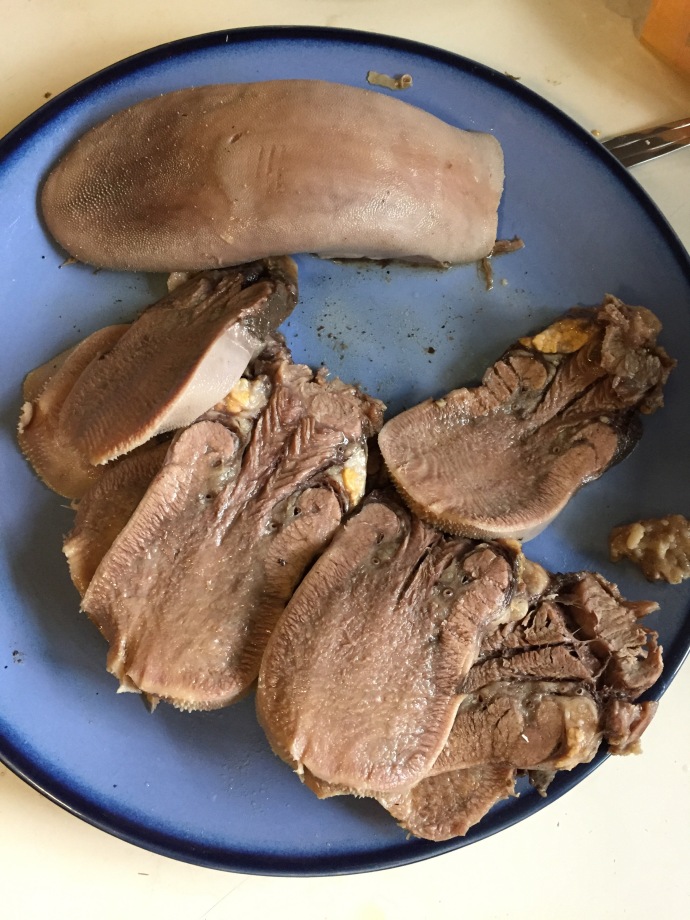 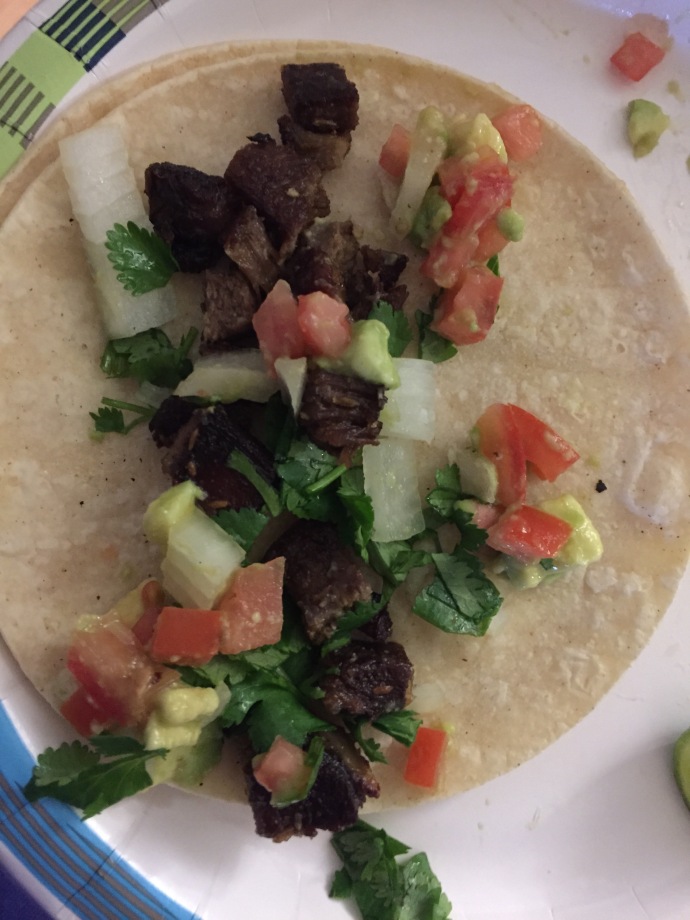 Cooked in the crockpot, skinned, sliced, cubed, fried, married with cilantro, onions, and a bit of pico de gallo, it was a hit with no leftovers.  Louanne and Morgan came and helped with packing.  After the kids were all packed Grandma, Grandpa, Aunt Stephanie, Aunt Suzanne, and Morgan took them to the hotel for swimming and facials getting them out of the house so Chad and I could finish packing up the car and cleaning the house.  I knew that most of the work that needed to be done had to be done by me, but I can get overwhelmed when there is so much to do and am overly social, so I especially appreciate everyone that came by yesterday you were the moral support that I needed to keep biting off chunks of my disorganized, mental, to do list until everything was done.  We even made it back out to the uniform store at the mall before it closed, so I am set with a couple new pairs of scrubs.  Sweeping, cleaning, and dishes took me until 10:30pm.  I decided it might be better to take a shower before bed as I was kind of a hot mess after all that transpired over the day.  Before I slid into bed at 10:45 I set my alarm for 12:45.  Two hours is better than nothing.