Posted on September 18, 2015 by theowenscrew

Hannah, Eve and I got our hair cut this afternoon.  I’m pretty sure that February 2014 was the last time my hair was touched with scissors.  Maybe that is why it feels so good to finally have it cut. The Girls had their hair cut in January or February of this year, but Hannah was wanting to do something drastic. Hannah was first up here are her before and after pictures. 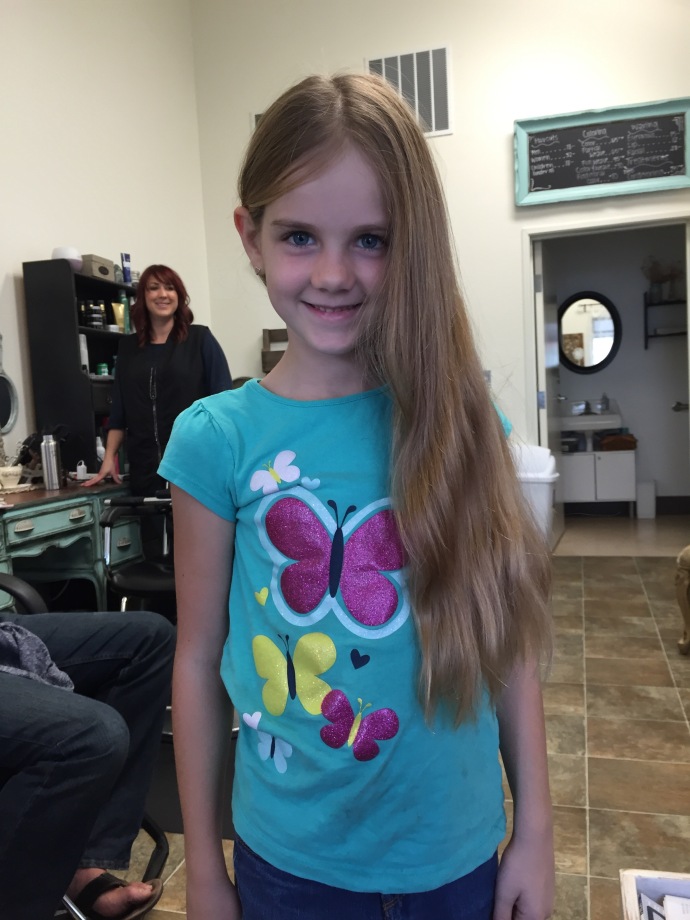 She donated 12 inches to Wigs for Kids.

Eve was up next and had lots of instructions for Andrea.  She wanted it to be bright Red like the girl in the hair style book, and not very much trimmed off.  I wanted it to be easier to comb and the bangs short enough she couldn’t chew on them. Here is her before and after. 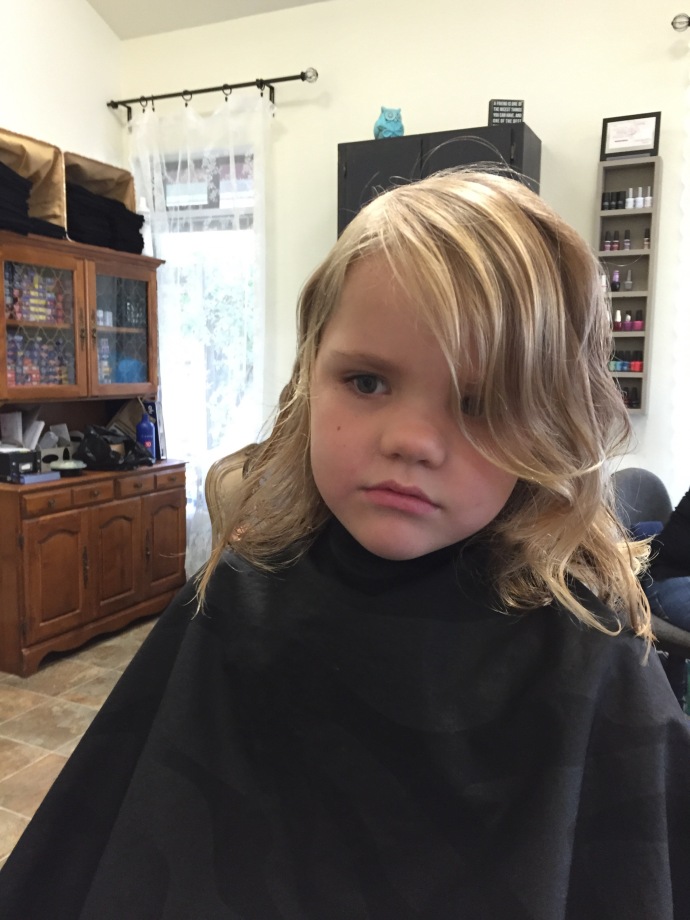 We said no to the bright red dye job but she got some chalk colors in her new bangs.

I wanted shoulder length but still able to go in a pony tail if I needed it up at work. Here is my before and after (before was from two days ago).  I’m on the right.  Jk 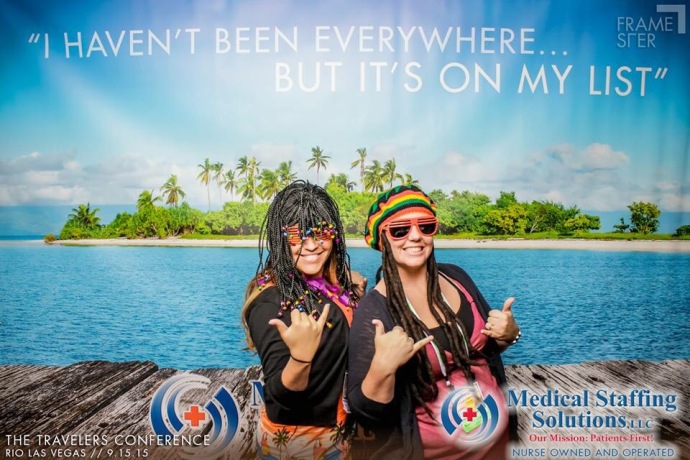 This one shows it better.

Any ways, it was long and scraggly with major split ends.  Here is the after picture.

A year and a half worth of growth cut off.  It feels great!