This national park is a short drive from our house and seemed like a good way to start off our school week and celebrate our anniversary as I work tomorrow on the actual day. We got a late start because we had to fuss with the instant hot water heater because the pilot light will not stay lit.  No success was had with that so we quickly took our cold showers, dressed, ate breakfast, and then spent an hour or so trying to download pictures off of my phone to clear up memory for the new ones that would be put on there today.  The kids got their school work done for the day before we left the house.  We weren’t stressing about time. We wanted to be there until dark to see the glow of the lava in the distant crater that is invisible during daylight so later was actually better.  The sign at the entrance warned that the air quality was poor today.  We checked out the first visitors center, bought our patches and had a last minute pit stop before heading out on our first hike, the sulfer basin trail. 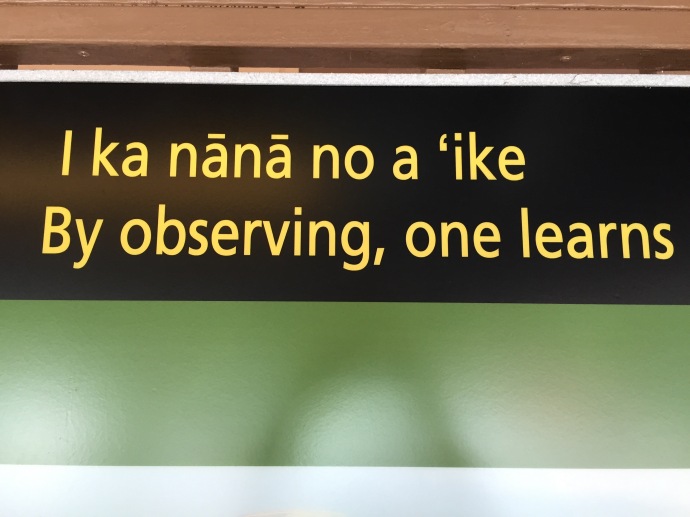 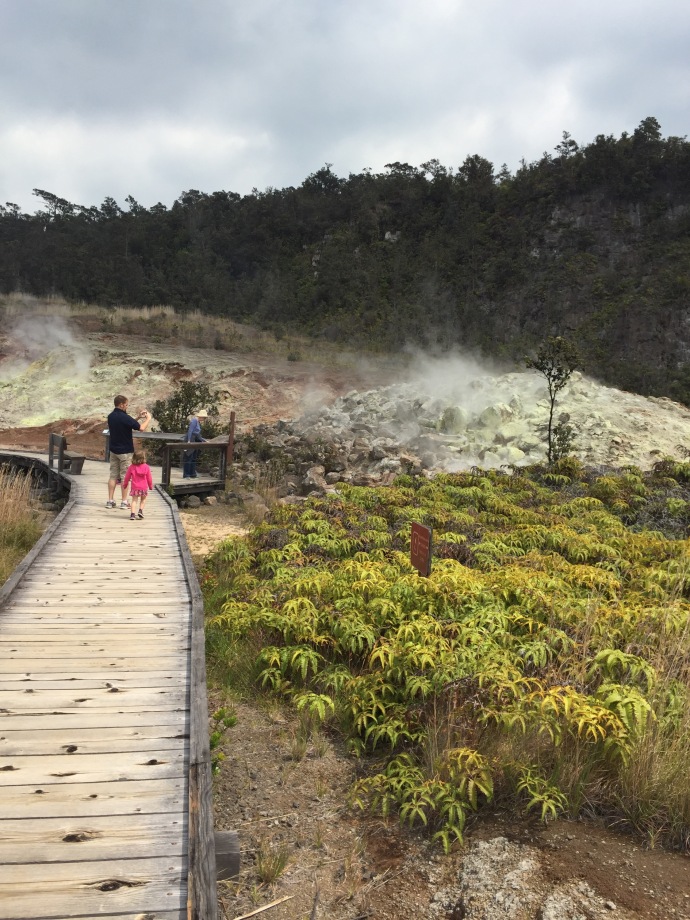 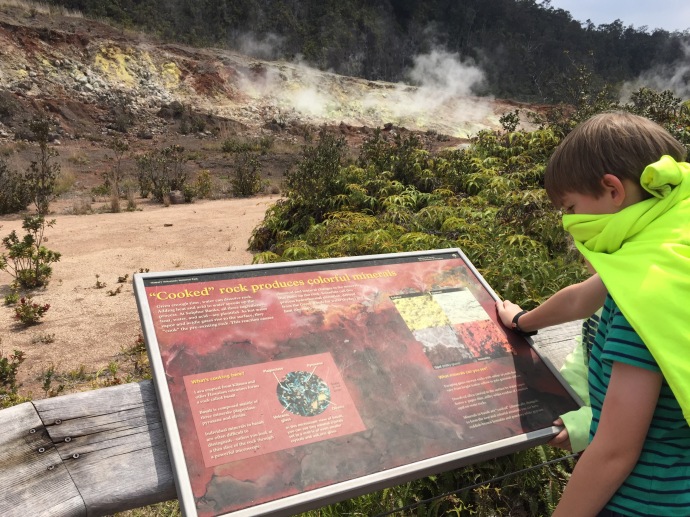 We then hiked a ﻿segment of the crater rim trail and checked out the lava house before heading back to the car for our Musubi lunch. 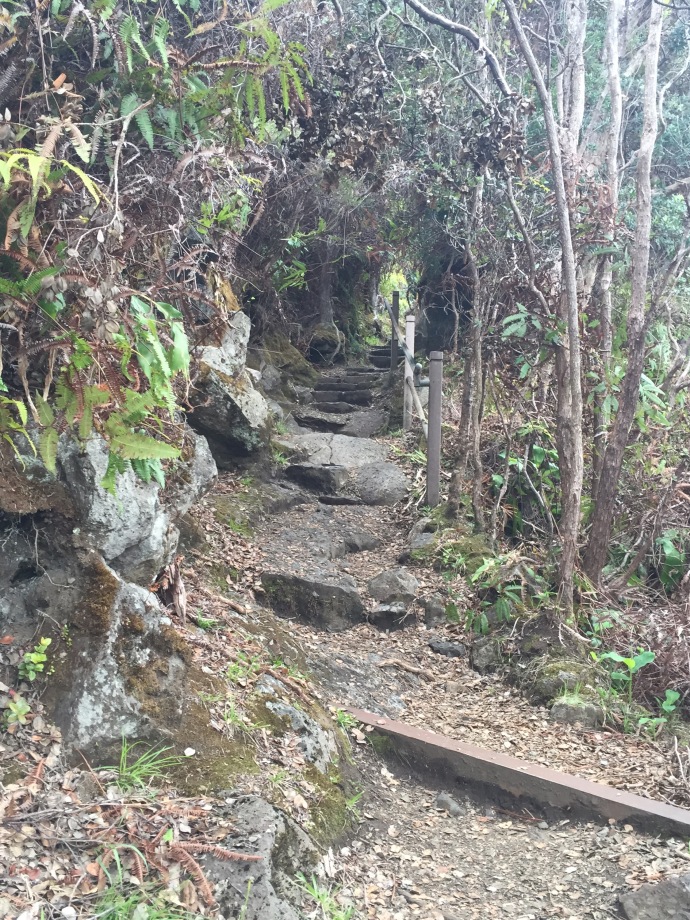 We tried a few other different not marketed in the main land products with lunch as well today.  All were a hit.

We learned a lot about the Hawaiian goddess  Pele of the ﻿﻿volcano.  There is a picture of her in our house that I thought was a little bazaar now I know what it is. 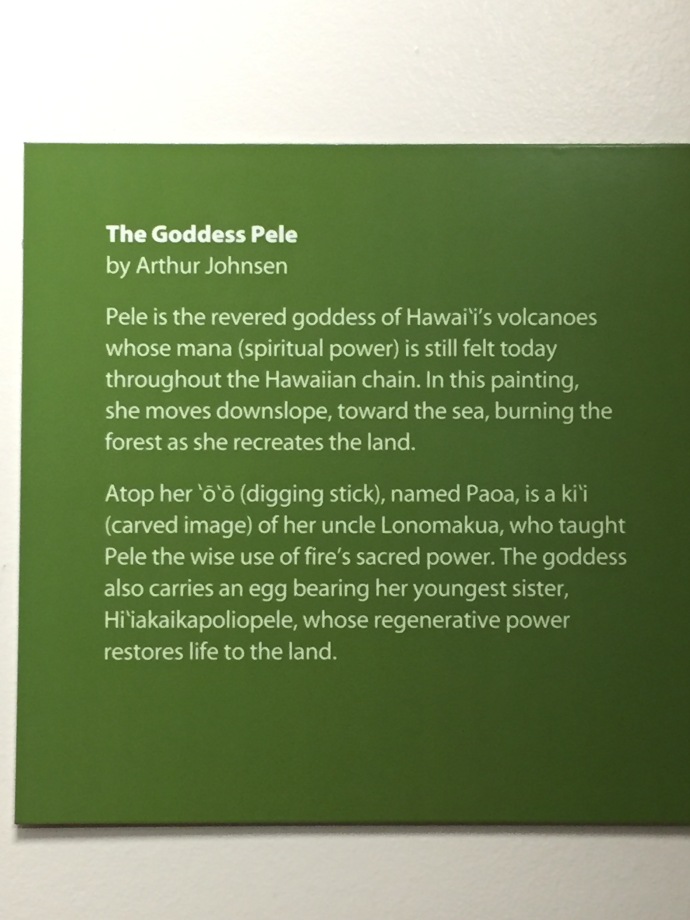 We then drove the scenic 40 mile drive where the lava had been flowing into the ocean.

Being a farther distance and a larger roped off path the kids were able to climb in the rocks more and that made for some good fun.  We saw 6-7 whale spouts a few of those breeched the surface of the water as we watched.  I just love whale watching and could do that alone all day.  We then did another section of the rim trial.

The Thirston Lava tubes which were quite sad when  compared  to Ape Caves  ﻿﻿﻿in Washington, but still they were fun to walk through. 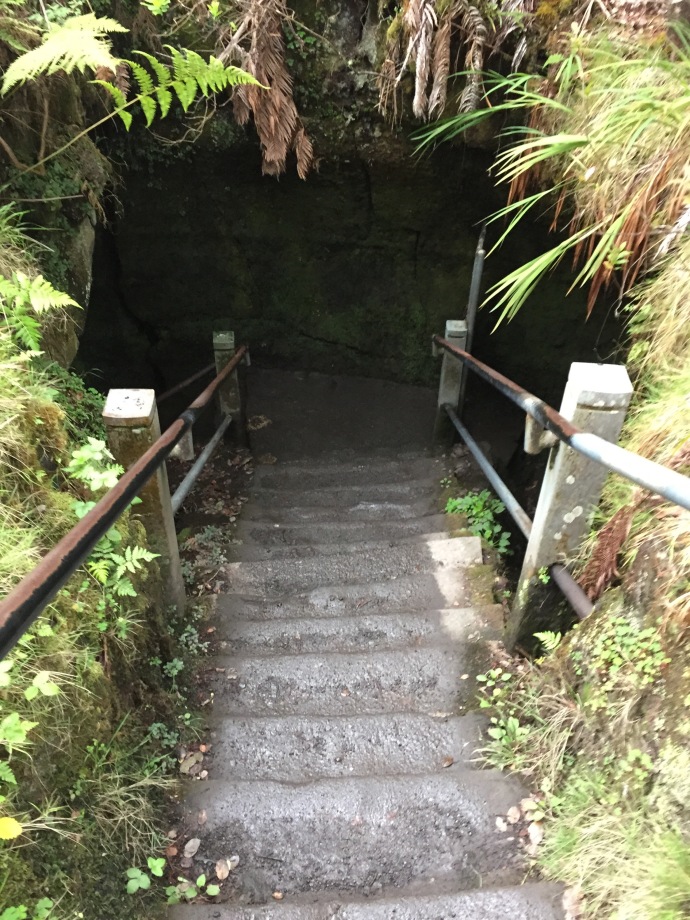 Our last hike was two miles down and across a crater that besides vents is not currently oozing its lava and must be safe enough to walk out on or they wouldn’t let us right?

This hike took us a while as the kids we﻿re getting tired. 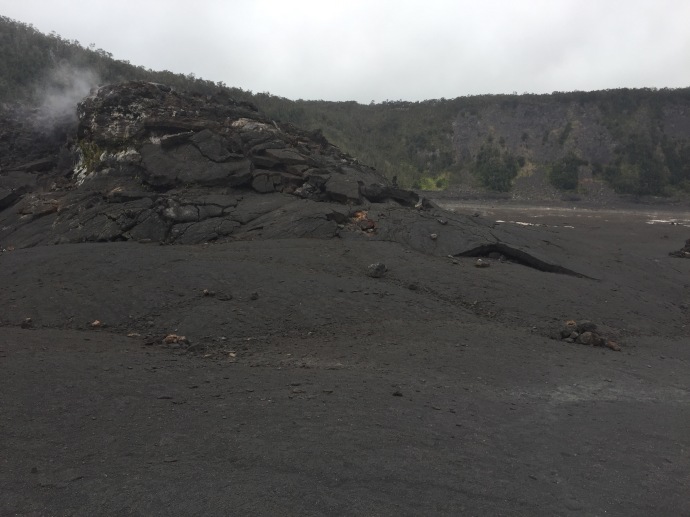 Chad and I took turns carrying﻿ Eve back up to the top.  As the darkness settled in on us the bright orange glow of the lava was visible. 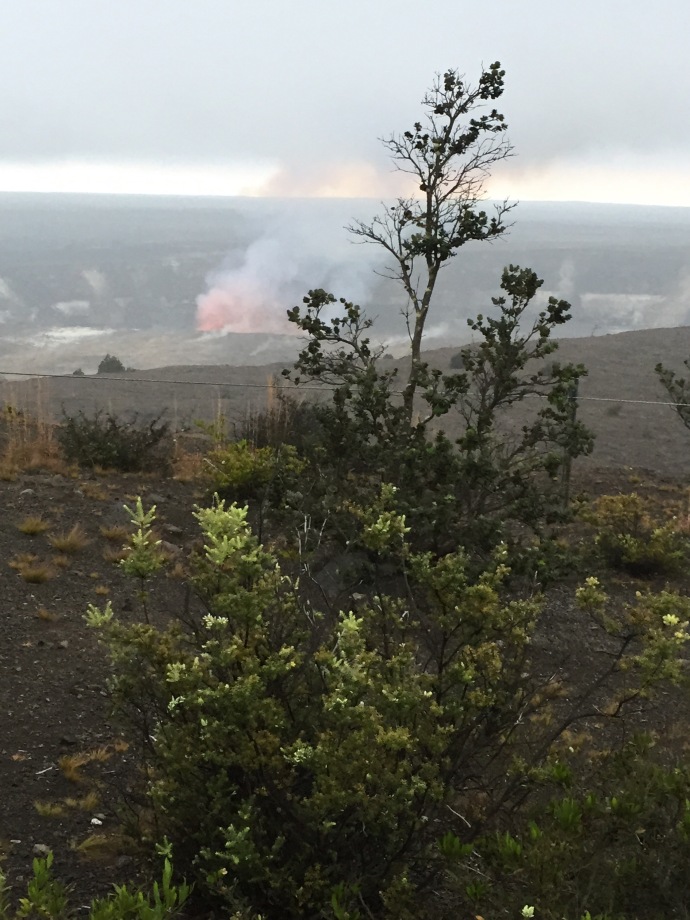 We didn’t stay until it was completely dark.  It was starting to rain and the kids were tired and cold.  We may come back again though if we get a clear night just to watch the glow in the clear night sky.