What Did We Do Today?﻿

We slept in I do remember that. I had my weekly date at Harborside Fly-by, it was a really good one a smaller group met and we talked longer about more heart issues.  Chad had planned to stop by Big Rays for some laundry detergent specifically for down, then lunch, then the library for a beach art class.  Around 2:30pm I feel a hand on my shoulder and a “Why haven’t you been answering my texts?” Oops.  I had put my cell phone on silent and slipped it into my bag so that I would not be tempted to play with it.  It was Chad stating that I had been mistaken about the beach art class that it wasn’t going on until 7/27.  He was letting me know that he was going to run some errands and head home.  Ok, I knew I could walk even though I didn’t have the best shoes for it and it would probably take me around 45 minutes.  Around 4:00 we finished our coffee date, Sophie was so nice and gave me a ride home showing me an awesome salmon berry patch on our way.  I so think we are going to make some jam. We can’t not.  The girls were playing quietly and Caleb was reading so we just chilled around the apartment until dinner.  We had plans after dinner to take the kids to Finding Dori but had kept it in the down low.  They didn’t recognize the theater until we were inside (it doesn’t look like a theater from the outside so that helped).  It was super fun and when it was over the kids were telling Chad, “Thank you Daddy!!” before we were even out of the theater.  So sweet, they were so thankful. After the movie they picked berries in the back yard for a while. 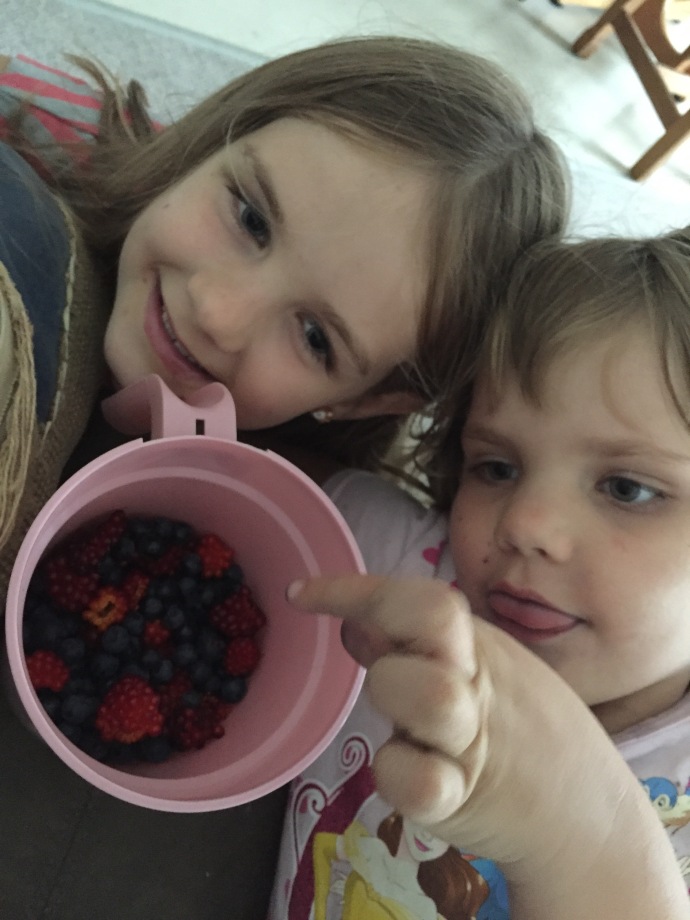 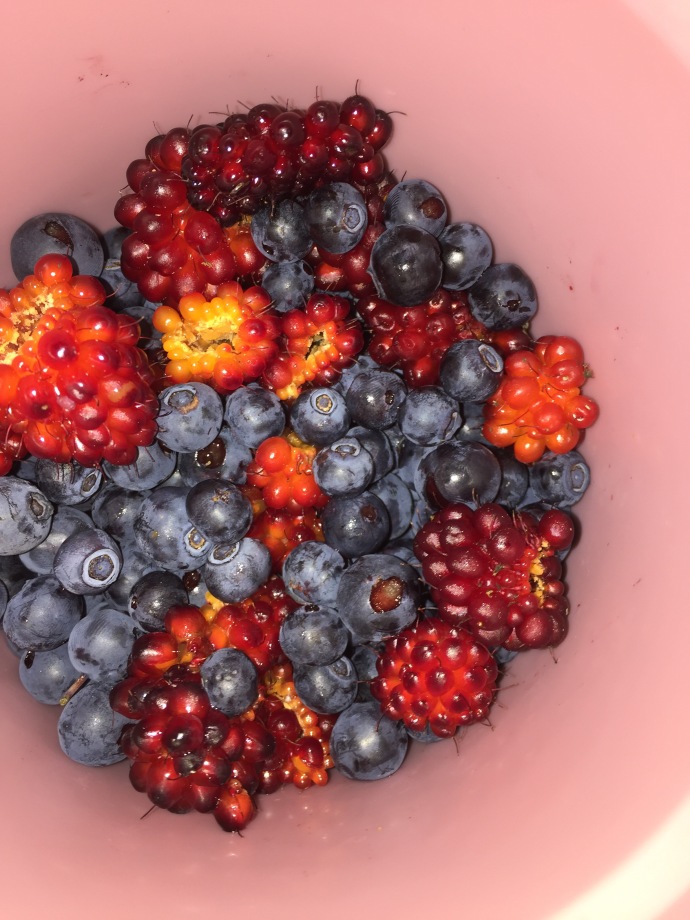