Named Boy Scout Lake Tide Pools I’m guessing because of the lake you pass hiking down to the tide pools we may have never found these tide pools on our own.  A nurse here named Jessica who’s love of nature is quite contagious offered to take us to the tide pools this morning.  A few others of her friends met us too so we had quite the crowd heading down to the beach.  The lake was near the road, and Eve so eager to use the net she had been given to hold though she would catch something while we waited for a few more people. They raise salmon in the lake and some of the little guys escape so we were watching just up the stream as well. 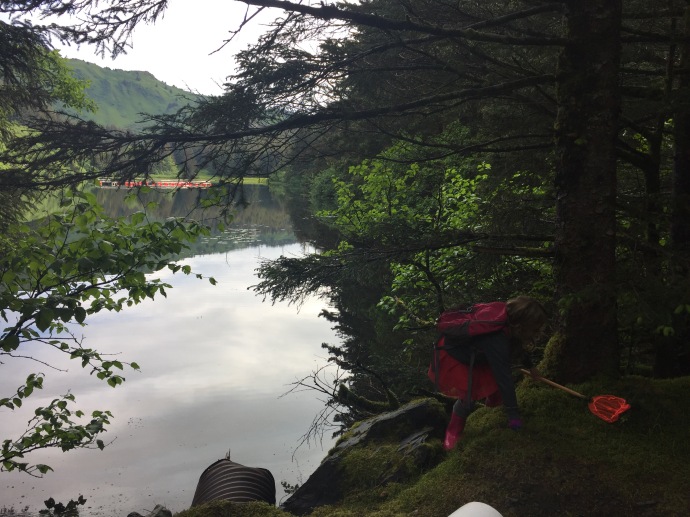 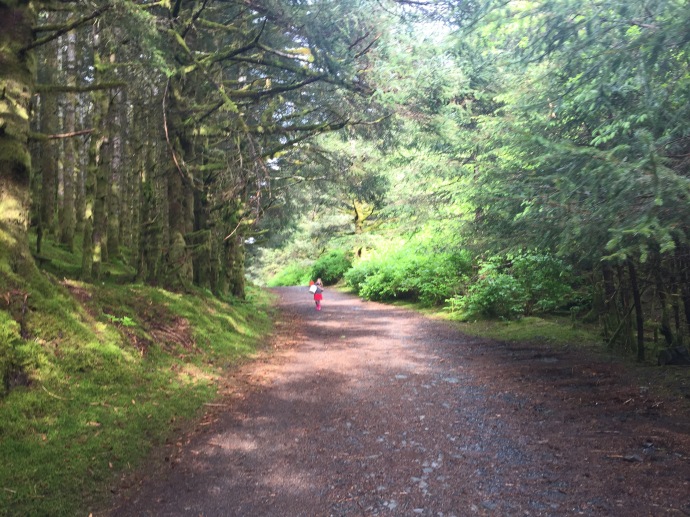 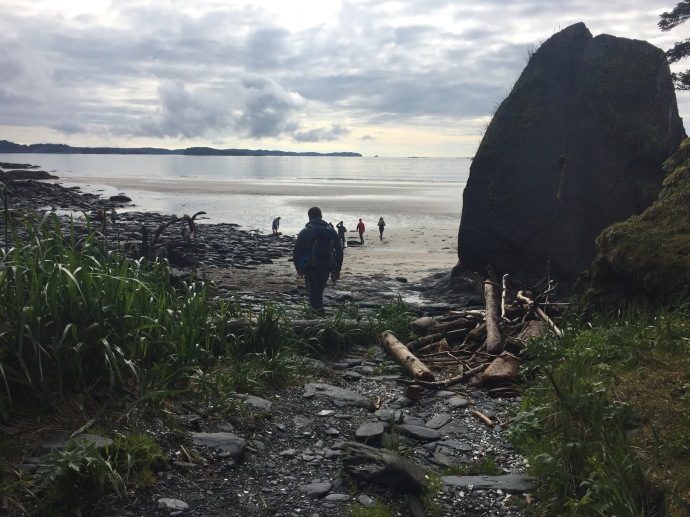 It was a negative two foot tide so we were able to see quite a bit of the tidepools and they went on and on.  We didn’t have time to look at all of it in the 3.5 hours we were there.  I loved the muscles packed in so tight between every rock like perfectly masoned mortar. 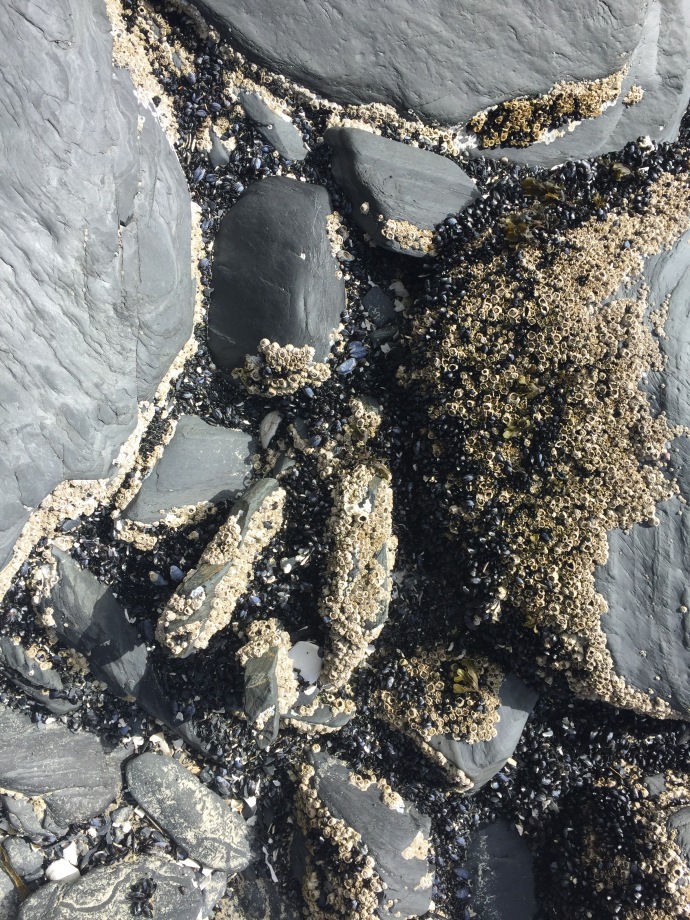 There were buckets, bait nets, shovels, and plenty of critters to catch. The kids were in heaven. 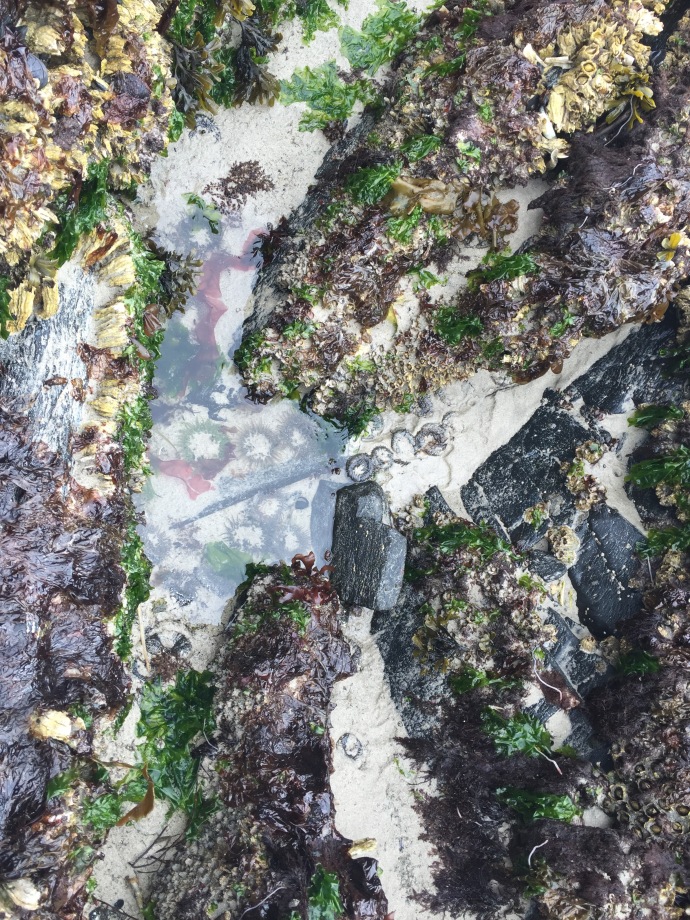 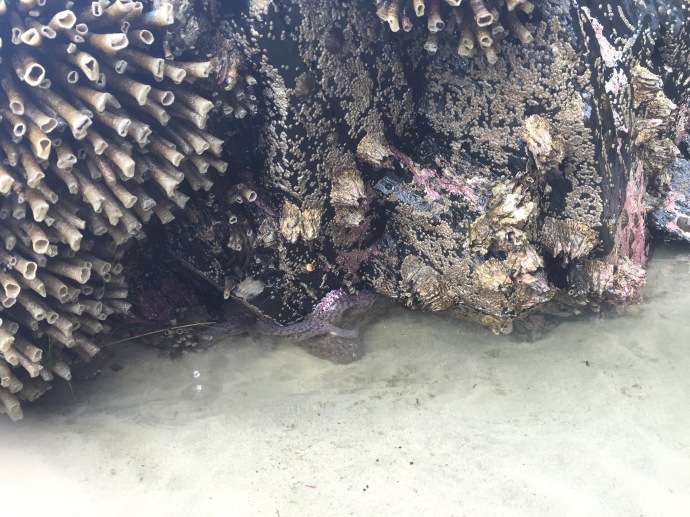 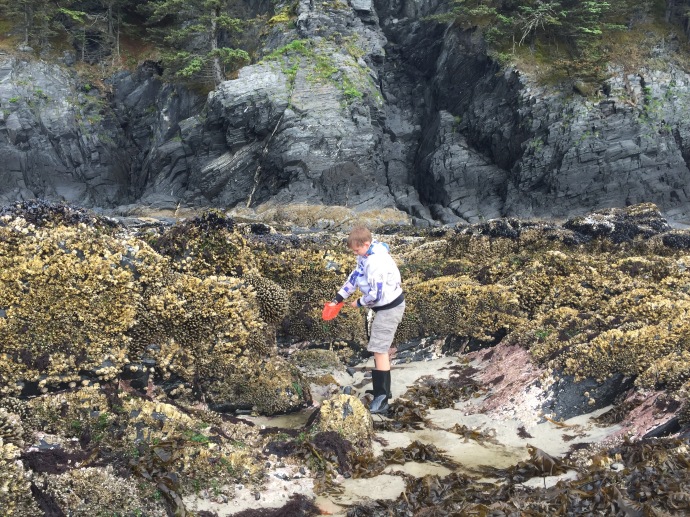 Check out the Chiton Eve is holding this was a main staple food for the people’s native to this region of Alaska, the Alutiiq people.  You are supposed to boil them and I hear they are really really chewy.  In our bucket we had three or four starfish most of them small, two chiton, a big snail, four eel one that was about 5 inches long, two crabs and a whole bunch of hermit crabs ome had a giant blue claw, several chinaman’s hats (I need to learn the real name for them), rockfish and more.  The kids kept catching the rockfish with their bare hands.  Poor fish. I think though it took me longer to get all these critters out of the bucket than it took the kids to get them in there.  They held on for dear life. 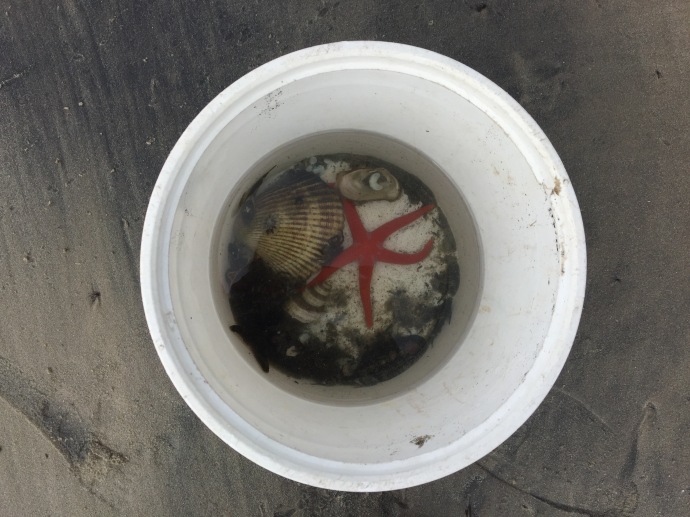 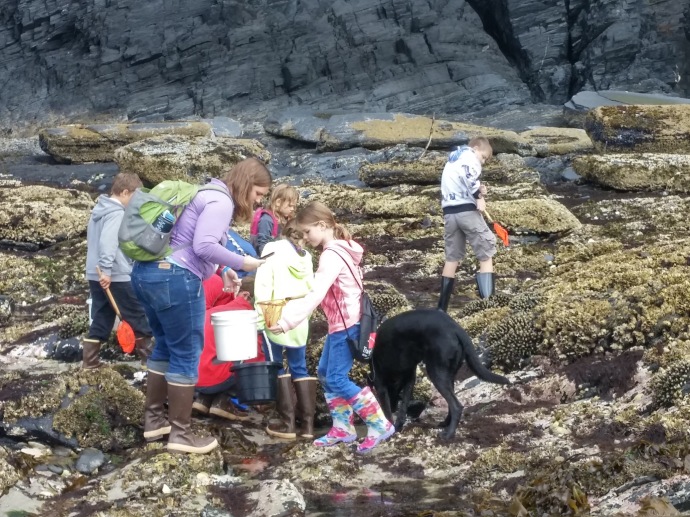 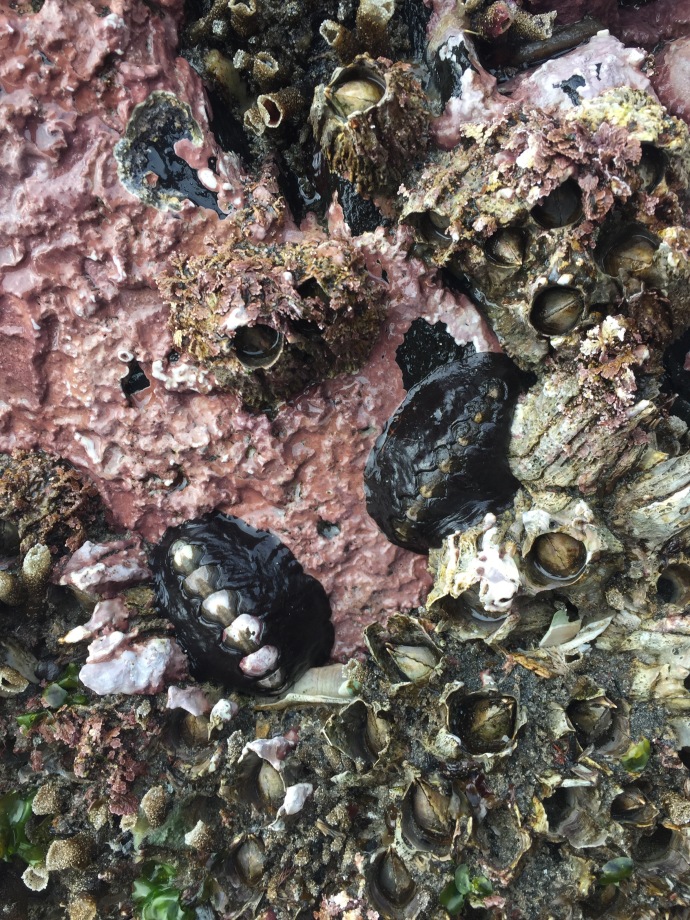 At lunch time we found a barnacle free flat rock and ate our lunches while watching the tide come in.  On the hike out I remembered that Chad’s water bottle fell out of my backpack when I was trying to release our bucket captives.  I needed to finish my job before putting it back so I set it on top of a rock and went back to work.  In the excitement of finally prying free the last chiton I had forgotten to replace the bottle.  I jogged back down to the pools to discover that the tide had risen significantly and I had to jump out to the rock the bottle was on which was now just barely above the surf.  I was risking getting wet, not my life though so no worries.  I grabbed the bottle and bobbled my way back across the barnacle covered rocks to the sand and back up the trail.  Glad that the weather wasn’t any warmer as I was sweating as it was.  It is amazing how quickly our bodies acclimate to climate change.

On our way home we picked up take and bake cheese pizzas  that Jessica told us abouts to Al’s and fixings at Safeway for dinner.  We were excited to get to host friends for dinner.  The kids went to go play at the playground and ended up coming home 45 minutes early because they were worried they would be late and so then they hung around the apartment asking every five minutes when our friends would be coming running out to greet them when they did arive.  Logan and Eve were so cute together and we enjoyed the fellowship of getting to know Mike and Sandra better.  They moved to Kodiak the same day we did and are in the same place getting settled in their new home.  Our situation is different because we are temporary, but there is a lot we can relate with.  It was fun and relaxing, and we are looking forward to the next time we get to spend together.