Posted on January 2, 2016 by theowenscrew

I don’t know how many of you have ever looked at the picture of a road over a surprisingly calm gulf with no land in site and thought about how fun it might be to drive on that road and visit those islands.  Hanging off the tip of Florida it is bound to be gorgeous and sandy right?!?

We drove past the Everglades and noted the sign Aligator crossing the next 5 miles. I was wondering how an Aligator could cross over this road but it must be able to or they wouldn’t have a sign.  There was a lot of similarities to Hawaii but a lot more differences.  I liked the smaller businesses and would have liked to stop at a few, but we wanted to go swimming and we wanted to make it to the end so we pressed on.  The holiday traffic plus an accident meant instead of that picture of remote calmness it was bumper to bumper.  On the drive out even though we were reading the signs “Seven Mile Bridge” it never really felt like we were on a road in the middle of the ocean with no land in site.  This was a little bit of a disappointment.  We all rolled down our windows even though it was quite hot and heard from the kids all at different times lamenting about how much they missed Hawaii.  Even Caleb who never gives much hints that he cares about visiting any place besides Salem Oregon stated, “The only time you don’t miss Hawaii is when you are there, then you miss home.”

There doesn’t seem to be much sand instead a plant that we think is called the cocoplum grows so crazy thick.  It has multiple trunks/stems and grows into the salt water so something that looks like it might be solid land could just be an extension of this plant out into the water. 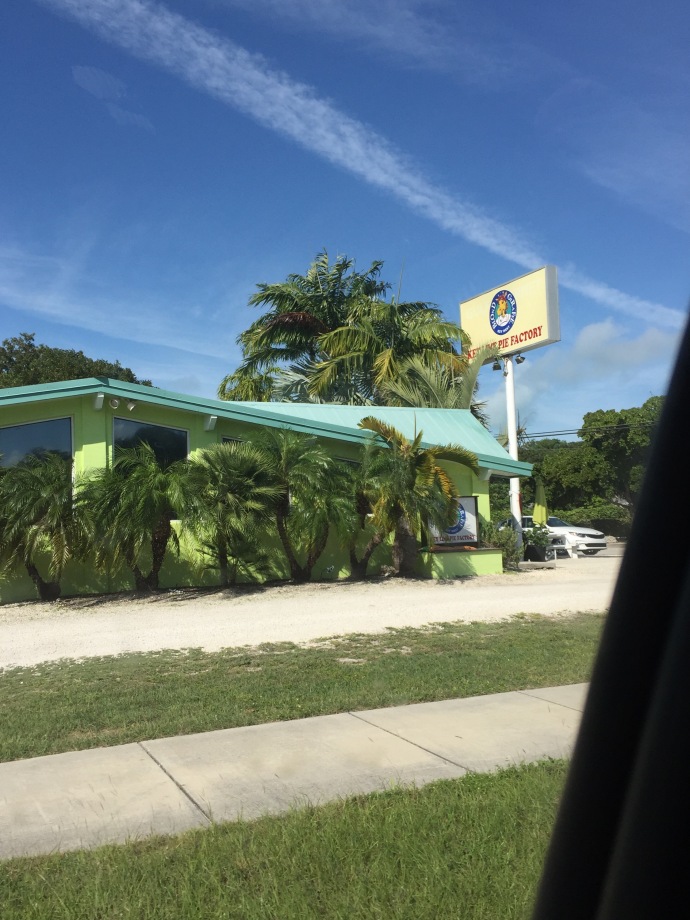 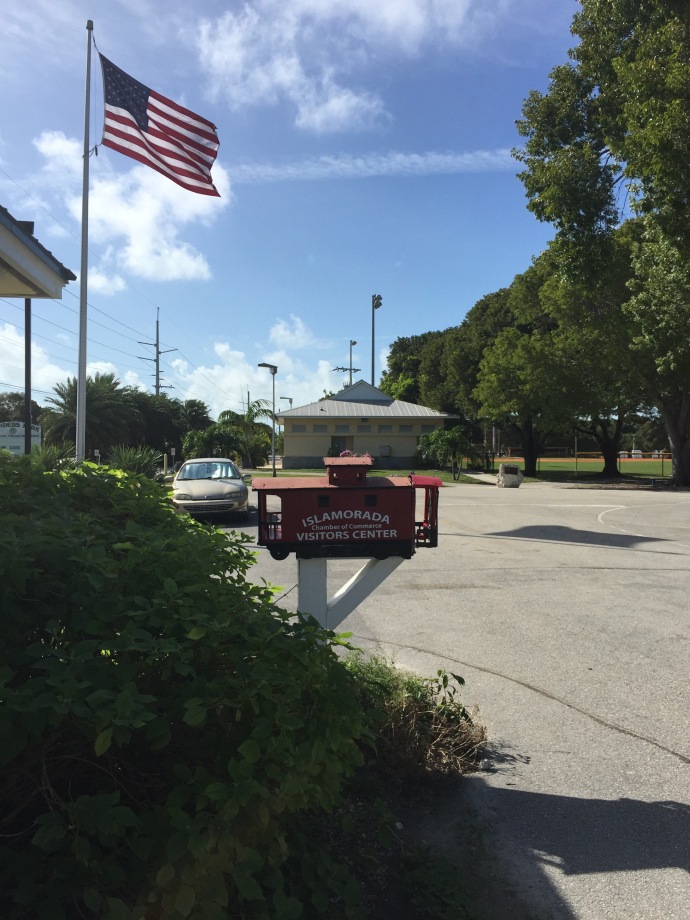 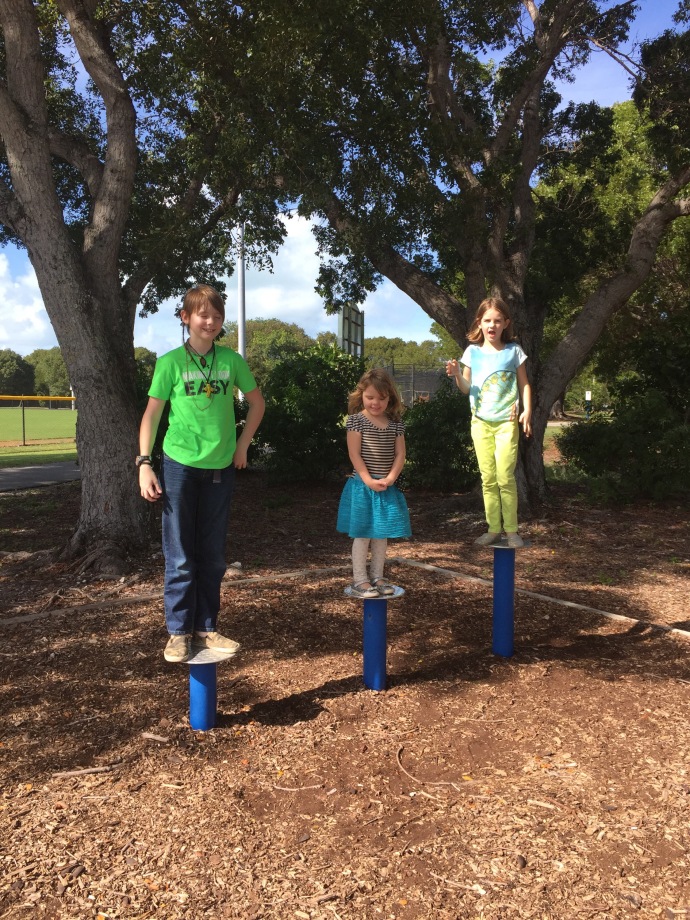 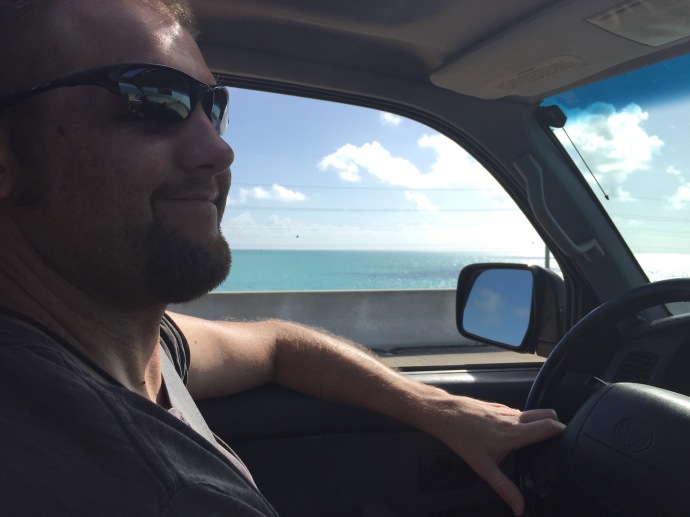 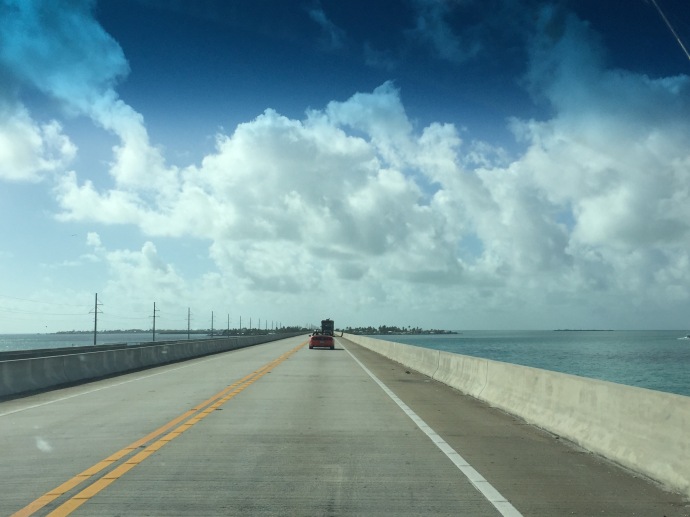 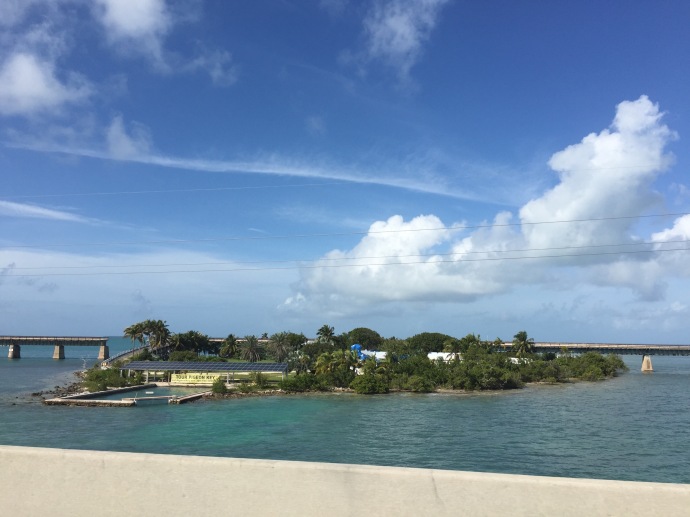 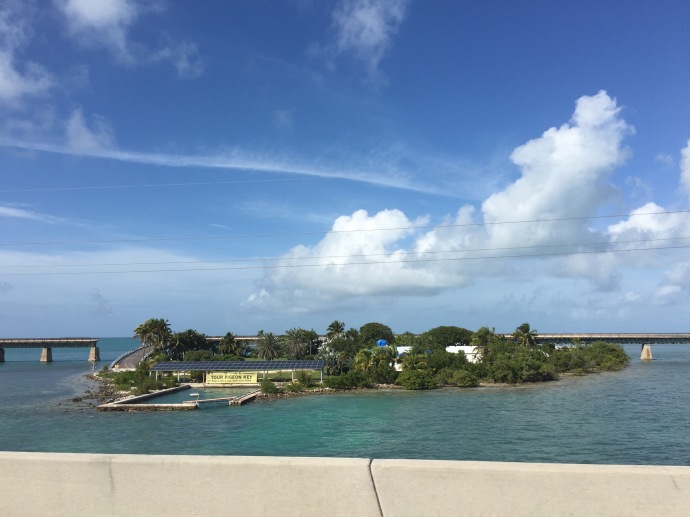 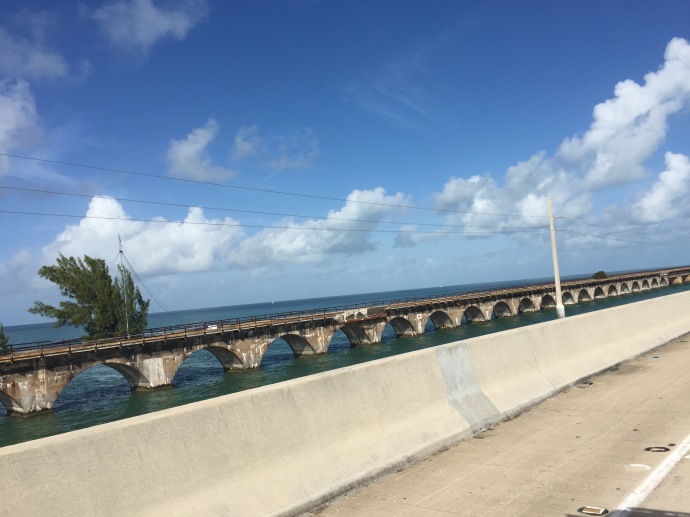 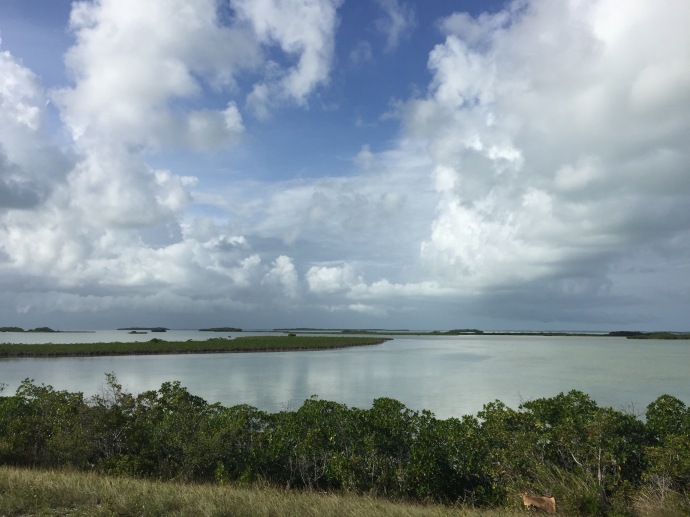 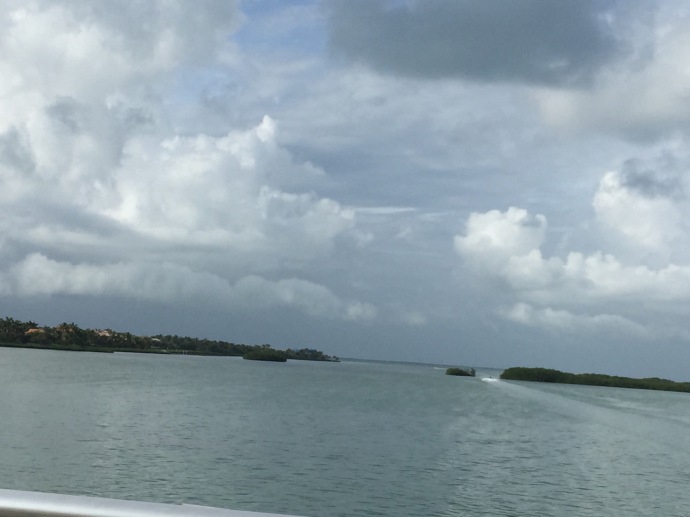 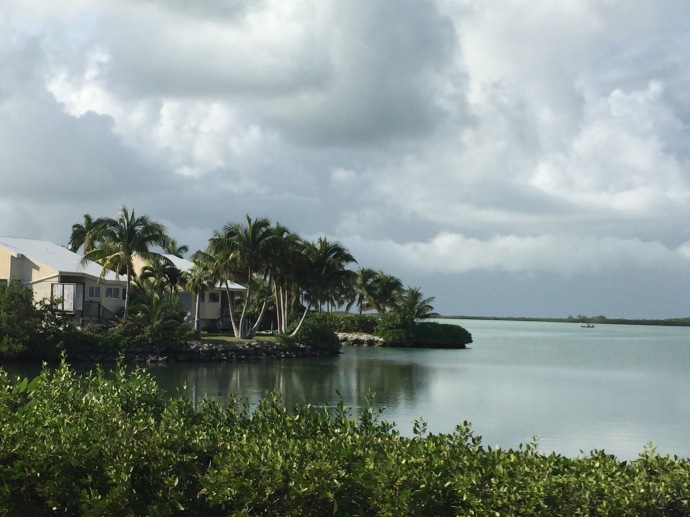 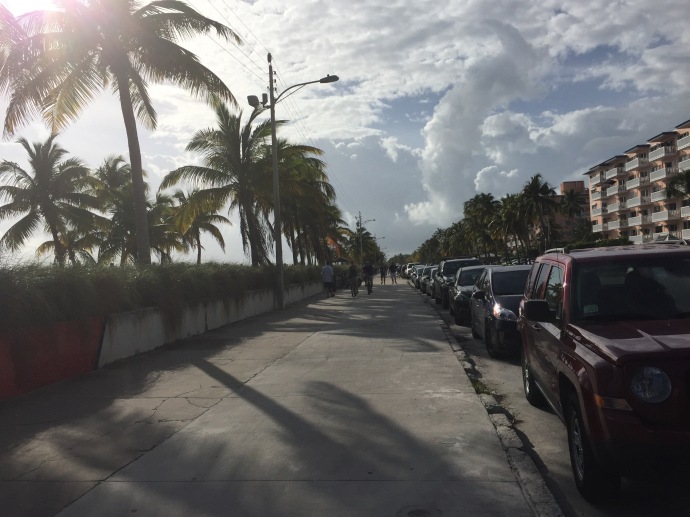 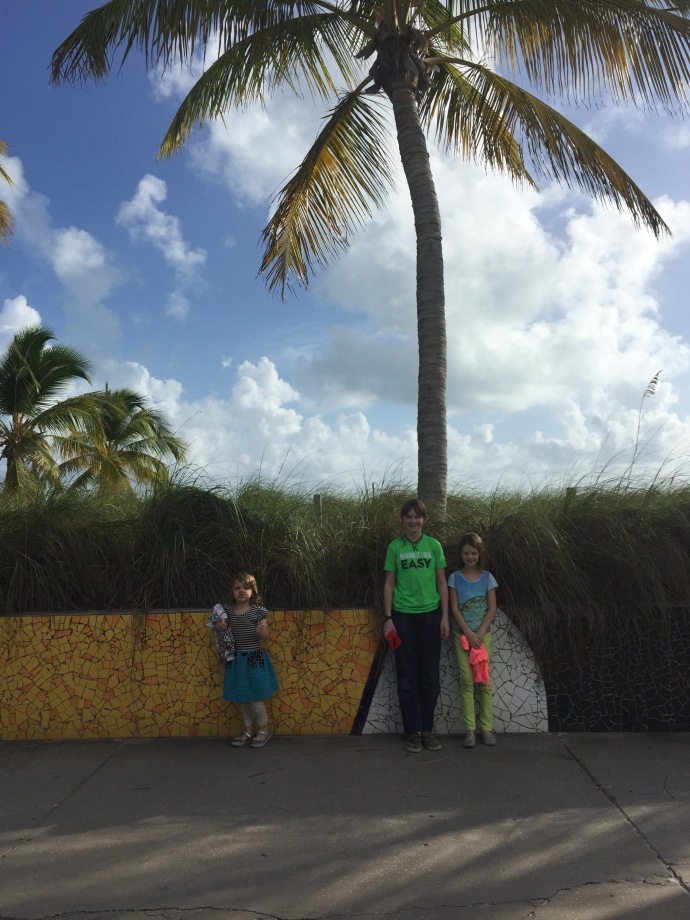 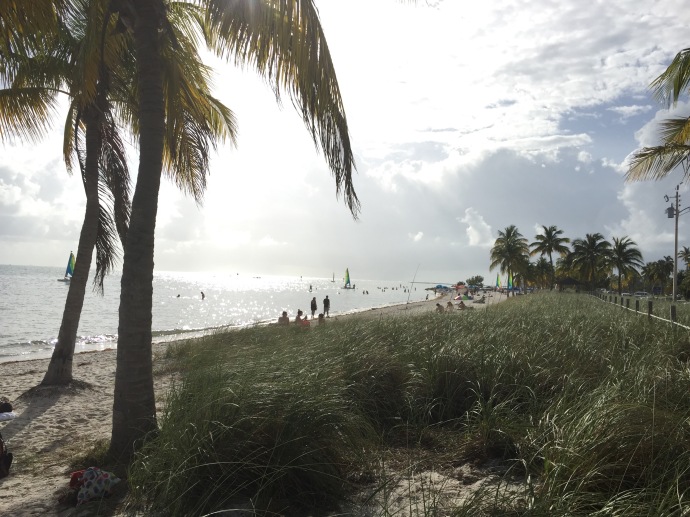 It was a hot 80 degrees so we got snow cones.  I had been wanting to get the kids good snow cones for pretty much their whole lives…in Idaho in college I had become hooked on the little shaved ice stands that crop up all around Nampa in the summer.  The flavors are actually amazing. They don’t have that kind of shaved ice stand in Oregon.  I had hoped to get it for them in Hawaii but the shaved ice stand was never open when we were near it.  Besides that we have to majorly pinch pennies all the time to allow for the gas and hotel portion of our travel budget…we have attempted to master traveling as cheaply as possible to make it possible to go more places.  Well in hopes that I could get the kids a snow cone I grabbed a $20 bill out of the car of my own personal spending money not realizing that the cones would be $6 each….  Ok ok, I don’t know how much tax will be so I guess we can get two and share.  The kids picked out dragon’s blood as their flavor.  When it was our turn to order the lady said there was no tax, yay, so we ordered three of the same dragon’s blood which we learned was coconut, strawberry, and green apple.  She looked around at how many of us there were and asked if she could make us a fourth one for free to which we graciously accepted the gift.  She made each one purposefully and handed them out to the kids making conversation and encouraging each of the kids to taste theirs to make sure it had enough flavor.  After the fourth one was handed out she asked if she might be able to make us one more and we declined as Chad only wanted a few tastes of mine.  We handed over the $20 bill, thanked her and asked her to keep the change.  It was the very least we could do.  It was awesome so so so yummy.  It made our walk down to the changing rooms slow as Eve can not eat and walk at the same time but we were all smiles.  What a wonderful gift.  It made me wonder by her way about things if this wasn’t her ministry.  A calming, peaceful presence loving on all the people who come to her snow cone booth.

The above building is made out of coral. 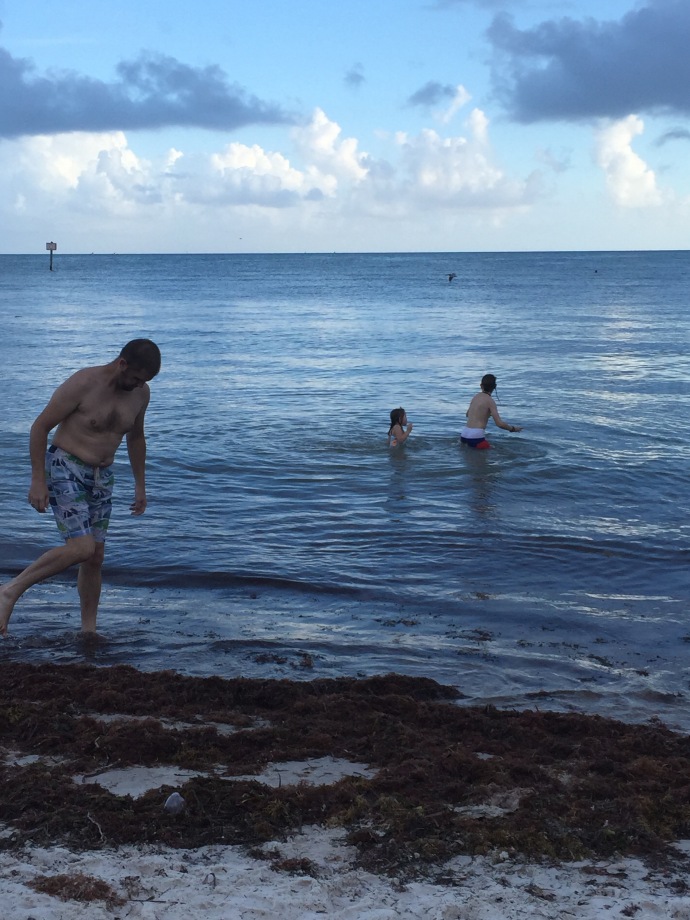 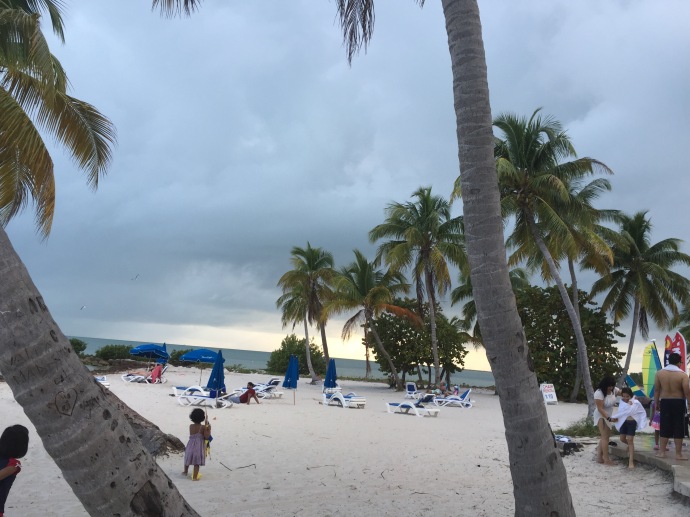 On our way back toward Miami we stopped at a shrimp shack to have some dinner. Caleb ordered this Aligator poboy (a kind of sandwich) which recieved two thumbs up even though he was unable to finish it.  He shared with everyone.

The drive back up the keys was way more relaxing and solitary as there was a lot less traffic and the lights reflecting off the water was amazing.