Chad Had The Big Job Today

Wile I took tests in cardiac rhythm recognition and watched malignant hyperthermia videos Chad got us checked into our apartment which was a big task.  First they didn’t want to give him they keys with it being rented under my name and since I was supposed to work today and tomorrow 12 hour day shifts it would be a few days before I would be around during office hours.  Then when they had that all worked out through the authorization of Genesis Medical Staffing Housing company and the kids climbed out of the car to check out the new apartment they were like, whoa.  Three kids to one room is over the housing ratio.  Thank goodness GMS housing fixed that too.  Seriously. These housing people per room ratios drive me nuts.  It wasn’t too many generations ago when big families lived in little houses and no one thought anything of it.  Now three siblings ages 10 and under can’t share one fairly goodsized bedroom.  I remember fondly sharing a room with my two sisters.  This is especially frustrating since our alternatives would be living in an RV (the whole thing is the size of one bedroom) or a hotel room (again, the whole family in one room).  So I’m glad that they made an exception for us and that GMS housing went to bat for us.  A short term rental of a two bedroom is expensive.  A three bedroom would drastically cut down on the educational outings we can do.  After dealing with all of that stress he got to deal with the kids excitement and energy at Walmart for that uber expensive first stocking trip to the store. 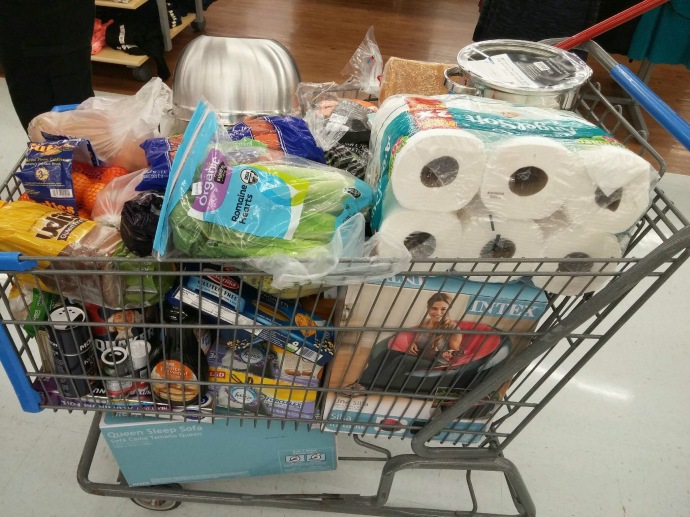 Chad bought some inflatable furniture which although it makes me feel like a poor college student they actually are quite comfortable.  $400 later and we have a few things we still need to get, but most of them can wait.  They changed my schedule so that I won’t be so over the top on hours and I actually was able to do an 8 hr day today and have another one tomorrow.  Then a 12 hour night shift Thursday and Sunday nights will conclude my orientation.

The kids were very talkative on the way home from picking me up at work.  It didn’t seem too difficult, but I will need GPS for a few shifts until I get the lay of the land.

Trip was given his first bath today, supposedly they have to submerge themselves in water occasionally to clean the waste out of their shell.  And, the kids have been begging to hold him so they were able to do that as well. 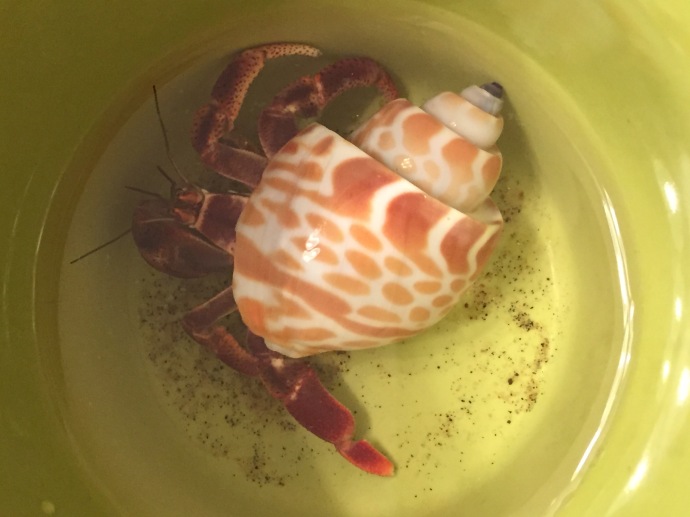 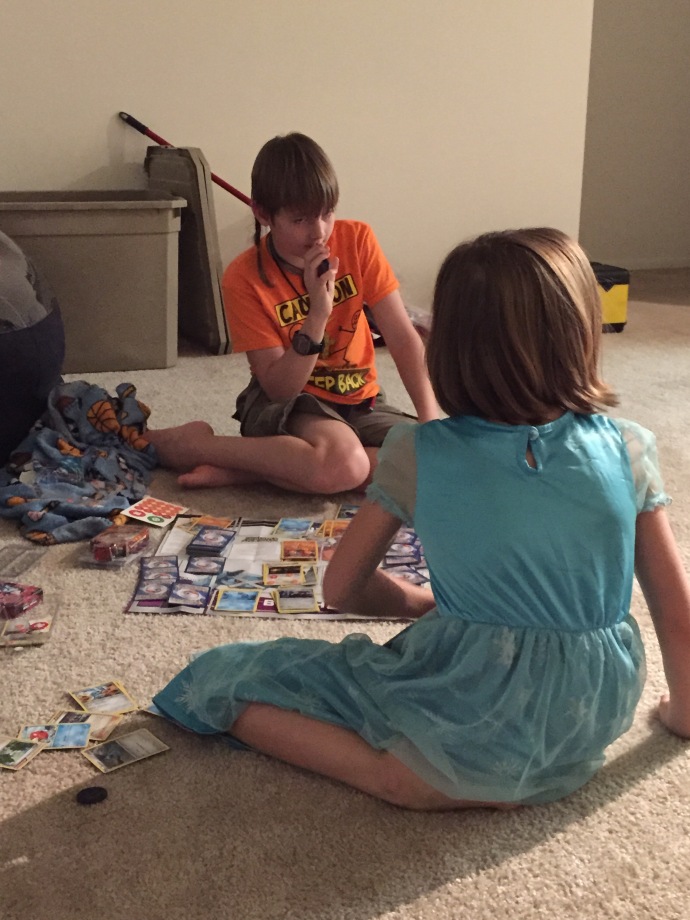 The kids played a game after dinner.  They have decided that I get the car tomorrow and they will work on getting the place organized.