Staying with friends last night made for a fun change in pace, although we were up early as usual.  Travis and Kim had appointments early, so we said our good byes and made it to Jefferson City and the Missouri Capitol building in time for the 9:00am tour.  The Capitol was built in Jefferson City when only a few families lived there.  It was chosen because it is towards the center of the state and right on the Missouri River which was the main source of transportation at the time. It is made up almost entirely with Missouri native limestone and is very dark inside at least on the first two stories. There are solid granite pillars in the House and Senate that were brought in from New Hampshire. The painted murals were interesting but also older and dark looking except on one room (and for the life of me I can’t remember the room.) 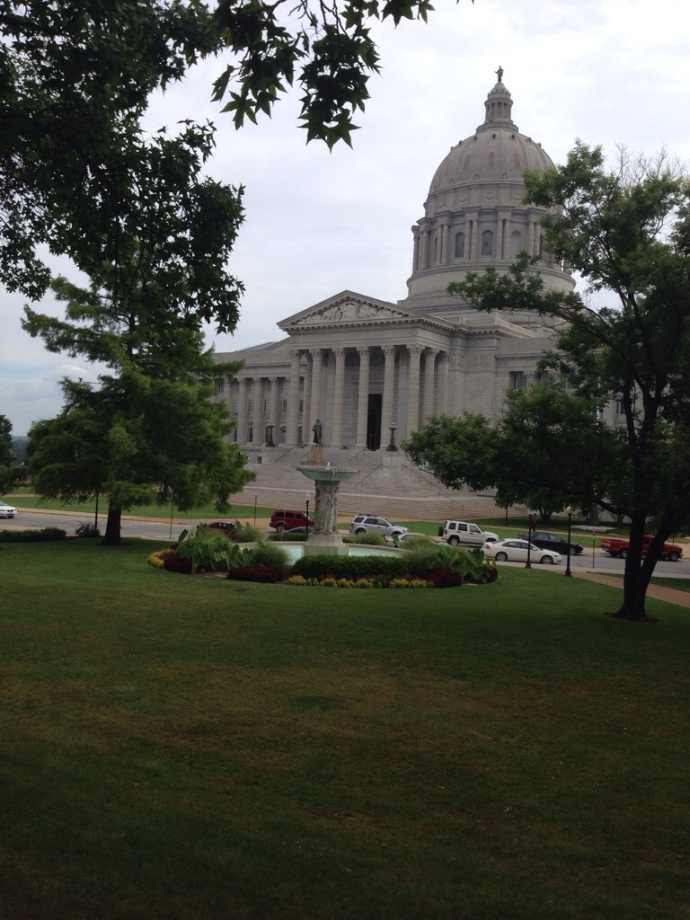 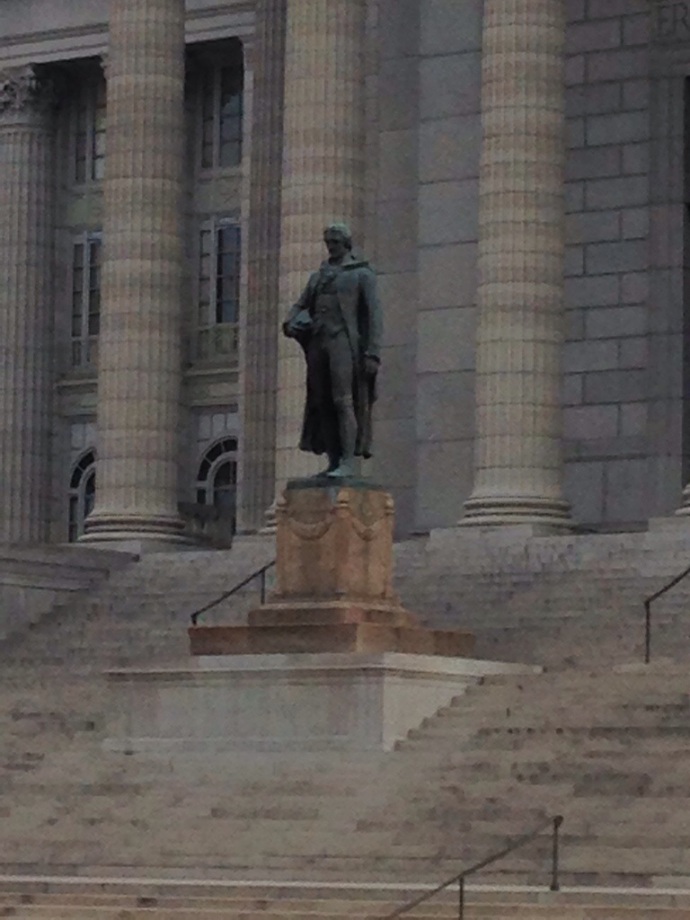 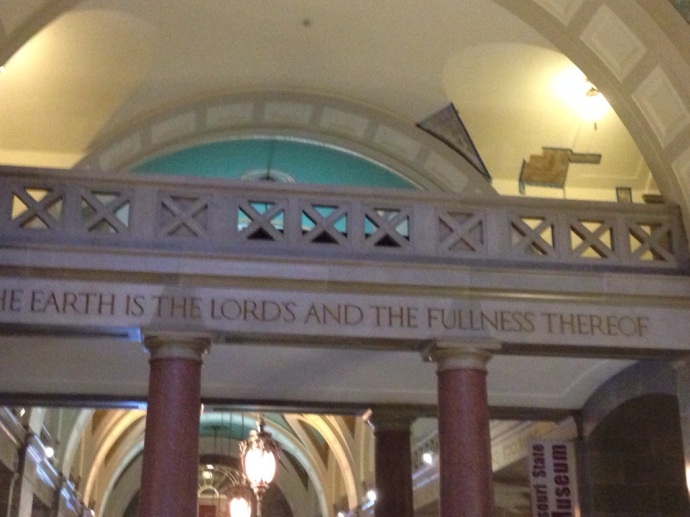 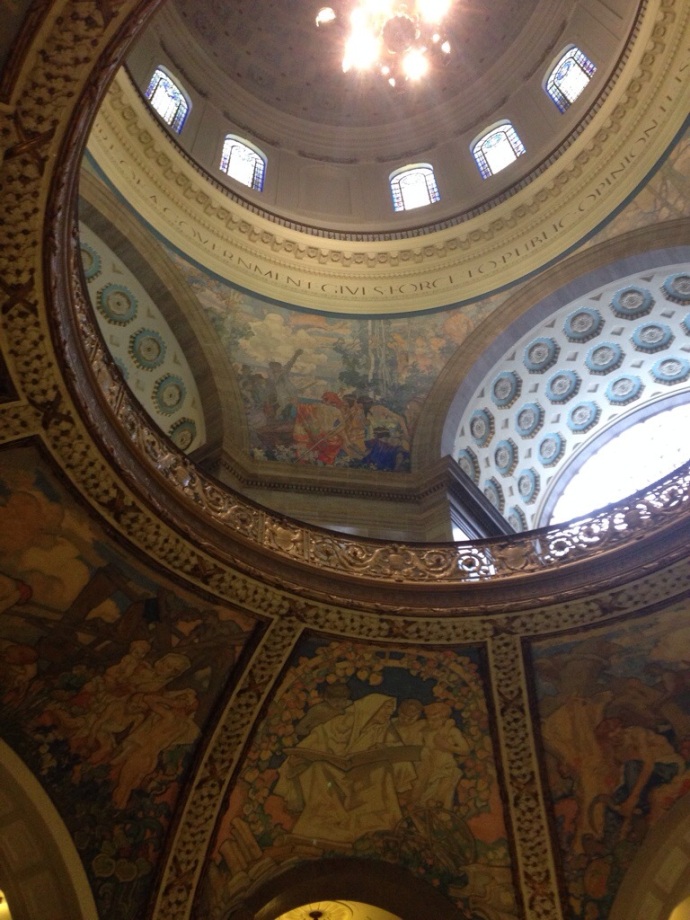 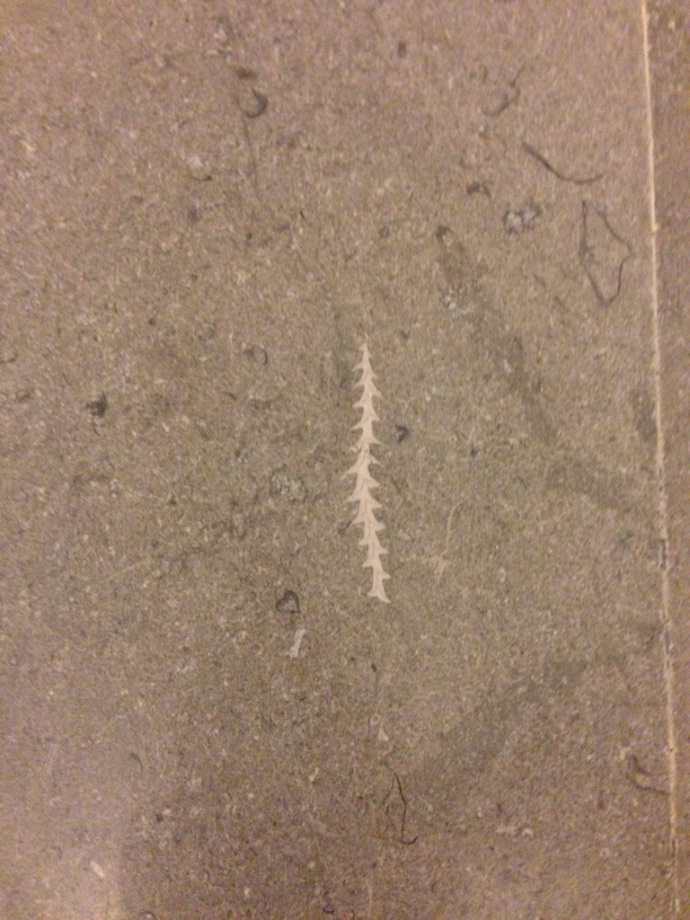 The white spine-looking thing is a coral fossil in the limestone. 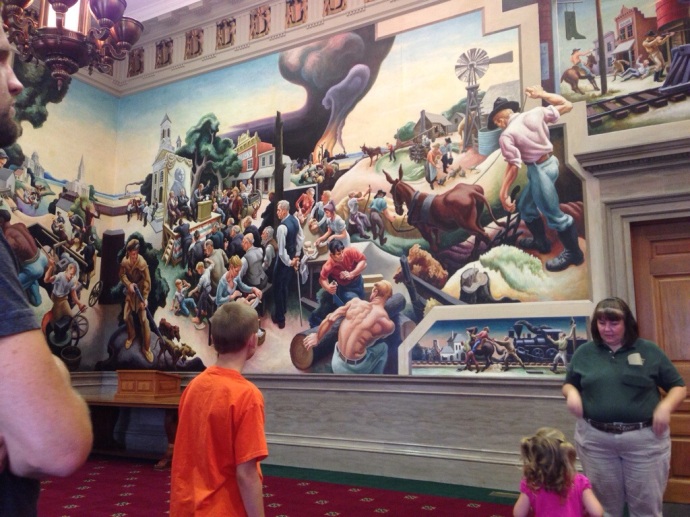 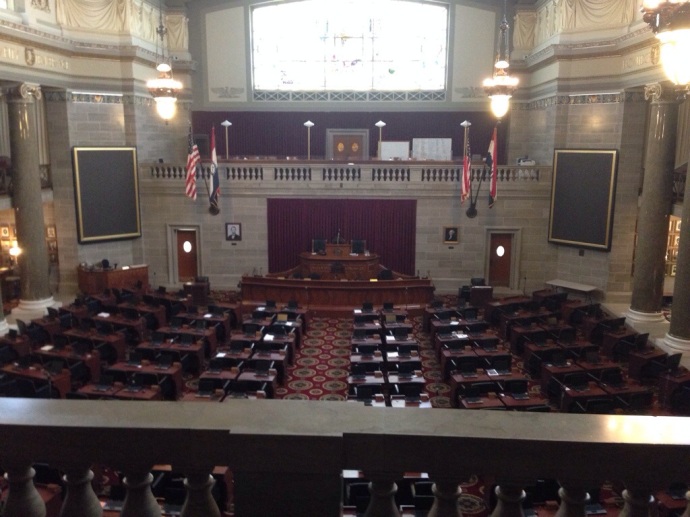 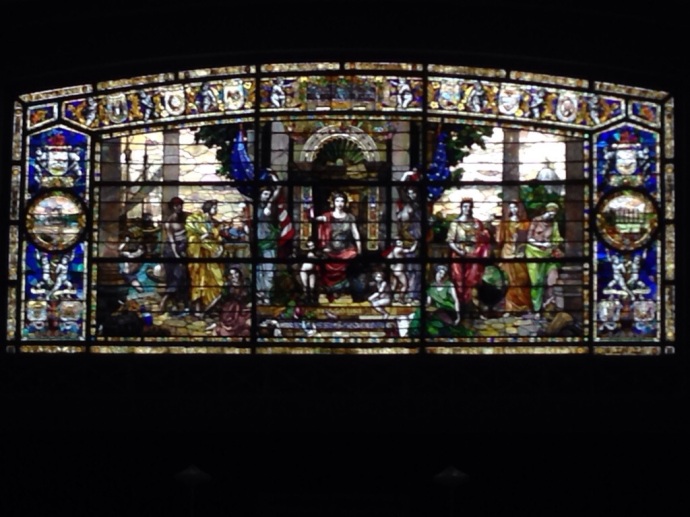 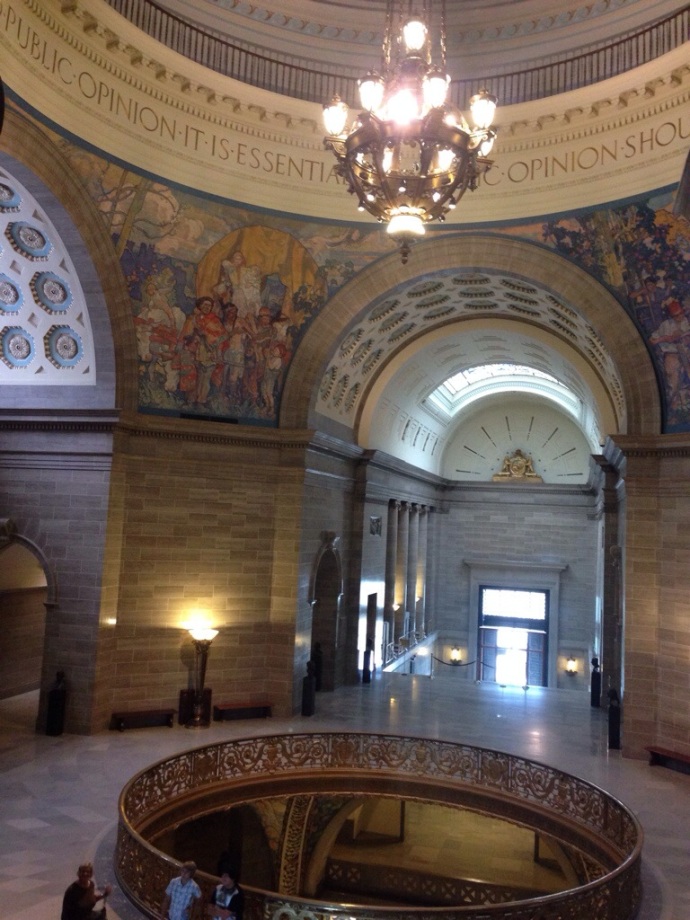 They had a hall of famous Missourians, where the kids found several people they recognized.

I know those are out of order and I did get a picture of Samuel Clemens on Chad’s phone there was also Bob Barker and a whole lot of others as well as Lewis and Clark.  It was fun to read about them.

Thomas Jefferson is such a huge and honored figure in Missouri, because of his purchase of the Louisiana territory, allowing the westward expansion past the Missouri River and the settling of the land now known as the state of Missouri.
That leads us to the next stop, a famous land mark in the city of St. Luis, the Jefferson National Expansion Memorial, also know as the gateway arch.  The gateway to the west. 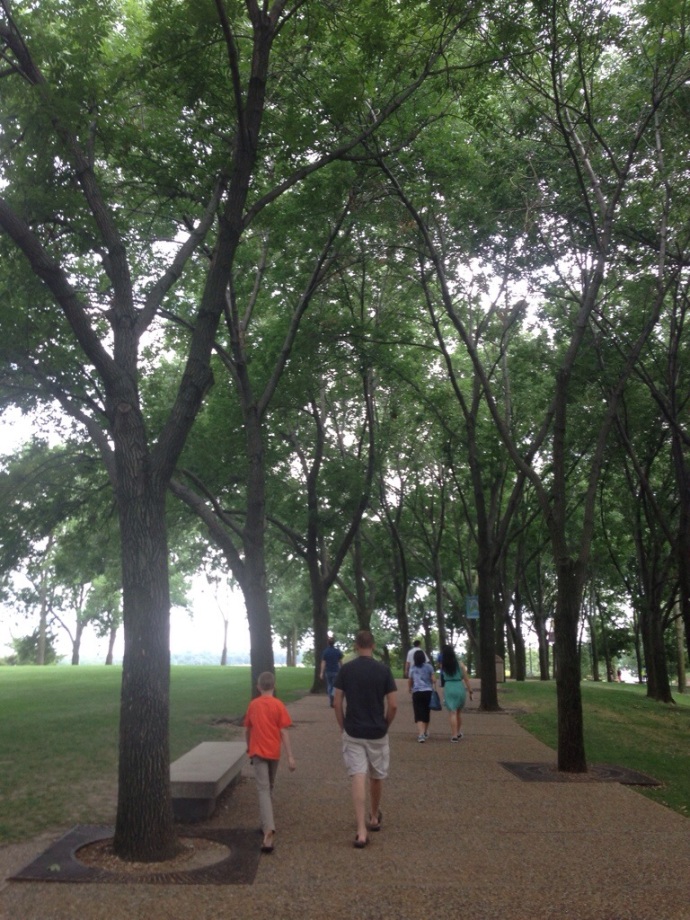 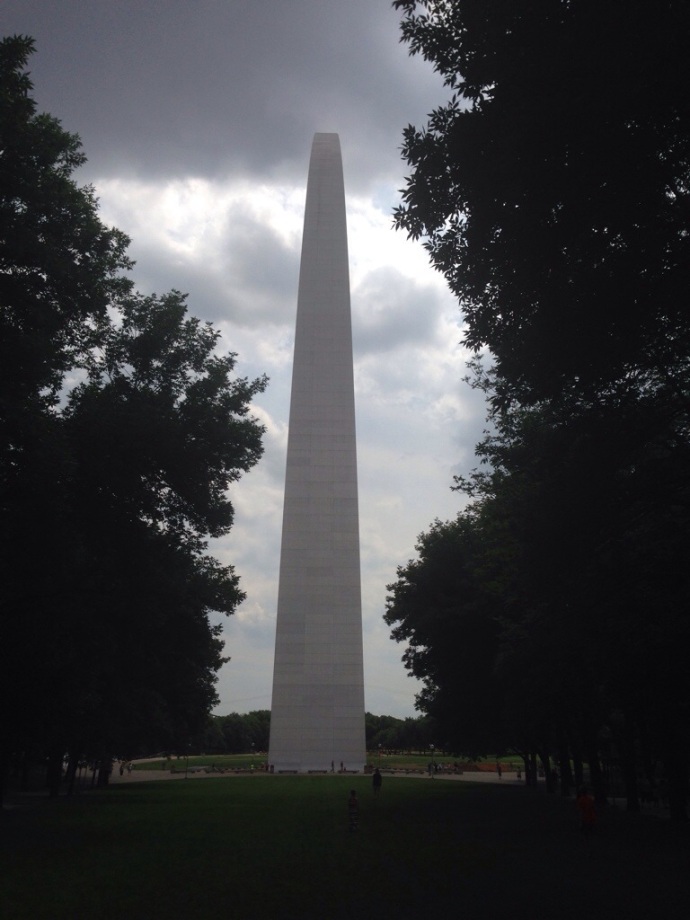 With our pass we got a discounted rate for the tram to the top, which made it surreal to how high we had climbed. Something about having to take each step physically that make you appreciate the grandness and scale, but as that wasn’t exactly an option, the tram would have to do.  We enjoyed the view through the tiny little windows.  The views were incredible, however it was hot, stuffy and very crowded, so we didn’t stay at the top for very long. 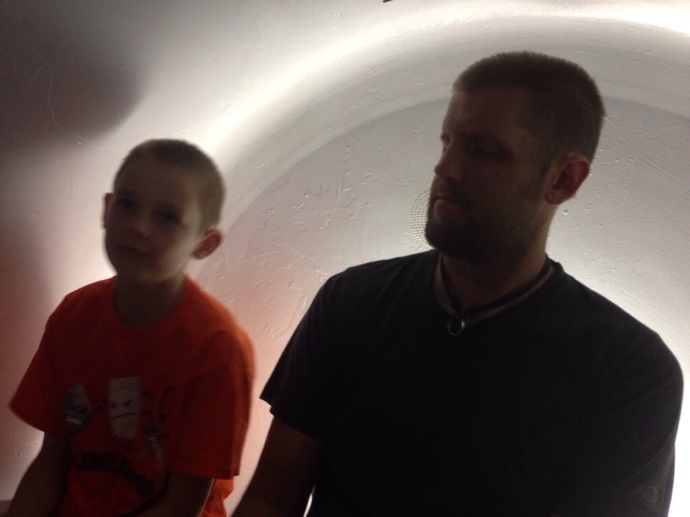 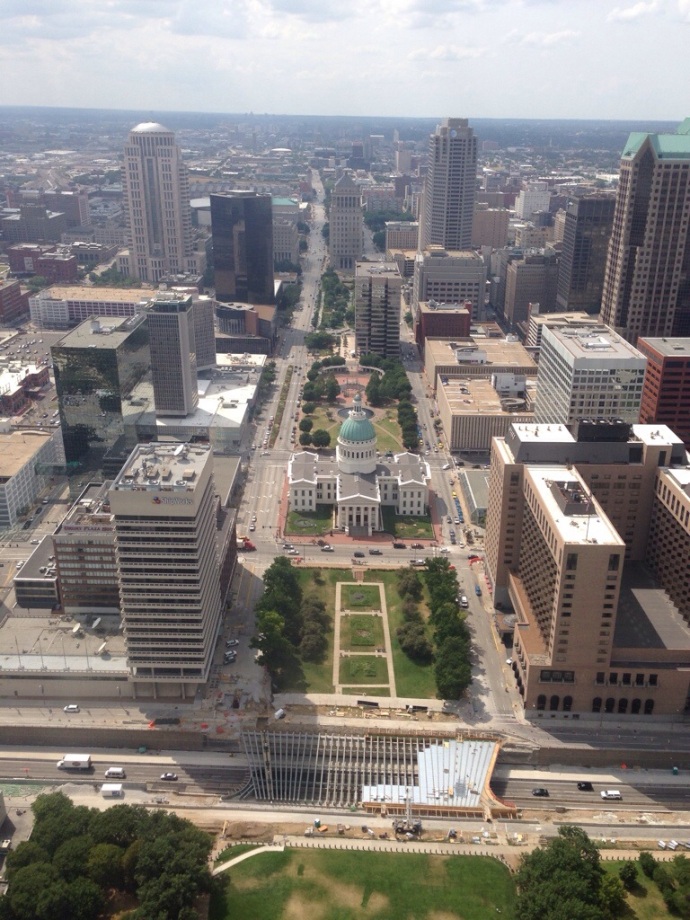 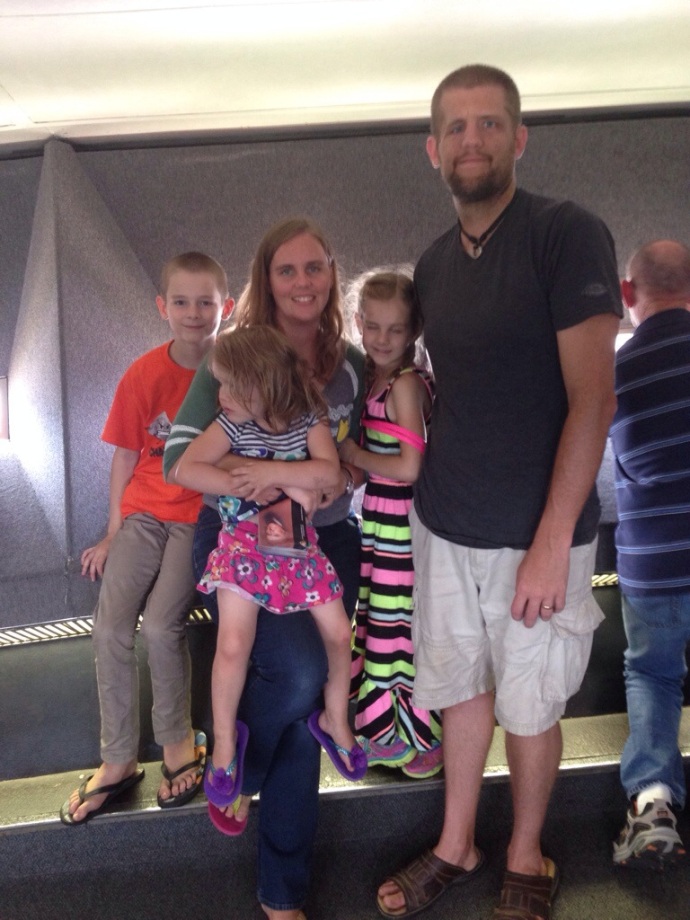 We got one family picture by a highschooler in a group as I get a little older I find these highschooler groups some of the most interesting people to watch.  I can hardly remember being that age, even though it was not that long ago. 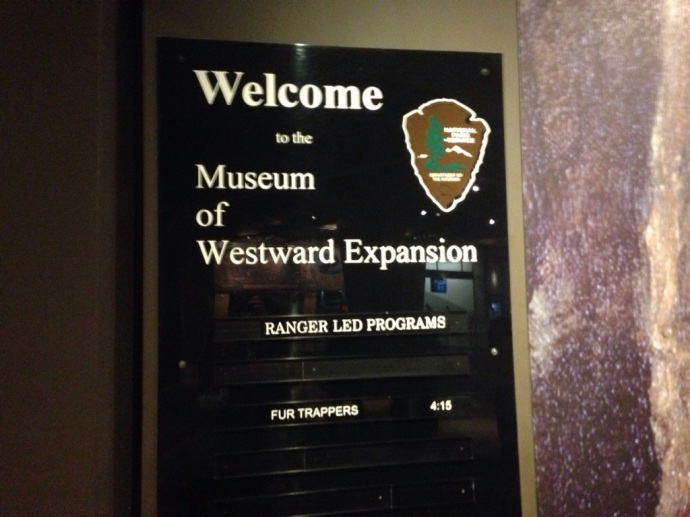 We also enjoyed the museum attached to the arch.  We are all getting a little tired of the car, so we decided to stop at the first La Quinta in Illinois and spend the rest of the day by the pool.

Swimming and pizza by the pool.

A load of laundry got done, giving us enough travel clothes to make it to Neenah… Life is good.  Other bonuses of the day were taking the back roads between Jefferson City and St. Luis and lunch in a little town called Owensville. 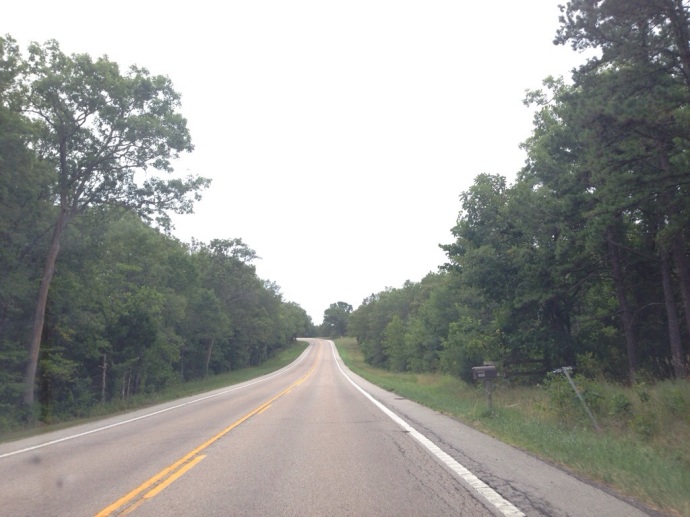 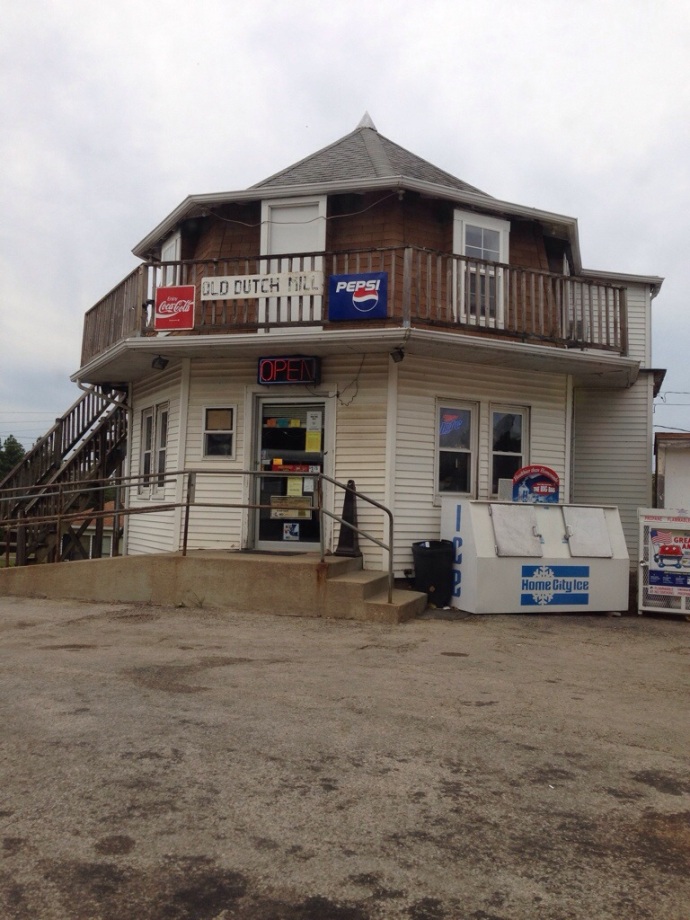 Thank you all for the birthday wishes!