Brrrrr!  It is freezing in Flagstaff and there are a few snow flakes off and on.  We drove through the historic town of Williams AZ before heading up, as it had been recommended by some of the ladies at work.  It was very cute but so cold we didn’t really feel up to (all but Caleb that is) walking the historic streets and checking out the shops. 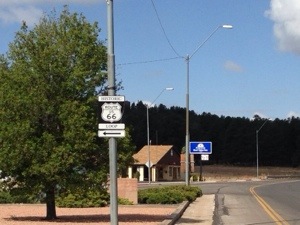 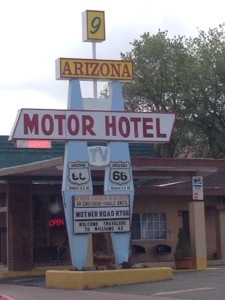 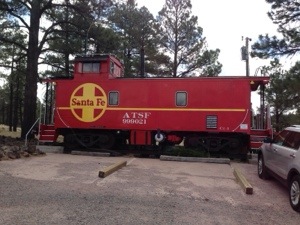 After our drive through Williams we turned north for the <1hr drive to The Grand Canyon, one of the Seven wonders of the natural world.  Both Chad and I had been to the Grand Canyon before but it had been at least twenty years ago and the visitor center has changed a lot. They have several buildings and it is hard to tell what is what. There is a bus station too so after we got the kids signed up for the Jr. Ranger program, walked through the gift shop to get our passport stamp and hiked the short hike out to Mather Point we hopped on a blue line bus to the “village”.  After a bus exchange and a quick jog we landed seats on the red line bus with a canyon tour headed west. There were frequent stops where you could get off and enjoy the view and then get on the next bus because they came by every ten minutes. We rode all the way out to Hermits landing and then back in to the village for a late lunch/early dinner and to buy Chad a sweatshirt. Between the rain, fits of hail and wind he was freezing in his tee shirt and shorts.  We both thought it would be warmer than it was and I was glad that the kids and I had packed a jacket even though we didn’t think we would need them.  After we were all feeling warmer and full we headed out to a geological presentation at the geology museum which required connecting with another bus of the east bound orange route.  It was very interesting but it was nearly 5:00pm and we needed to be headed back towards Farmington.  The kids made one last stop to pick up their hard earned Jr. Ranger badges and pick out one thing at the gift shop and we headed out by taking the road along the rim heading east and a climb through the old watch tower.  On one of our trecks through the book store the kids were talking to a couple about the park and a few others we have visited and soon the couple reappeared around the corner and said that they were from Australia and would like to give the kids each a key chain that they had brought with them.  A boomerang, kangaroo, and a koala.  A new unexpected treasure from The Grand Canyon! 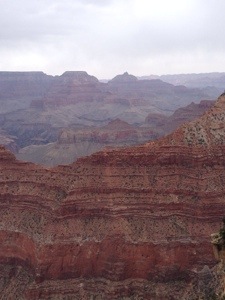 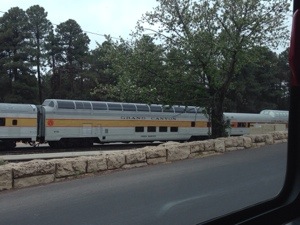 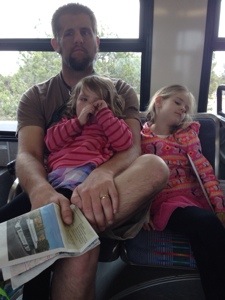 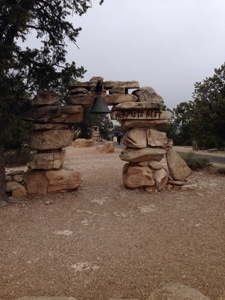 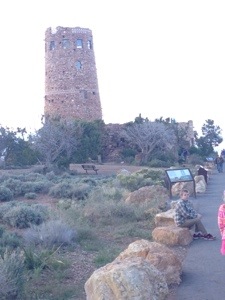 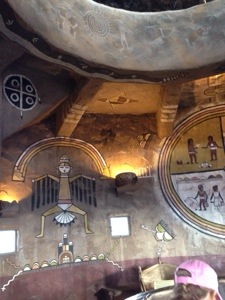 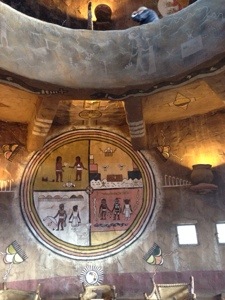 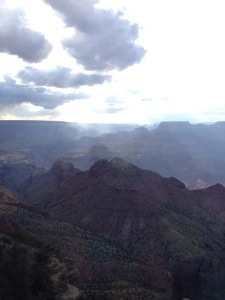 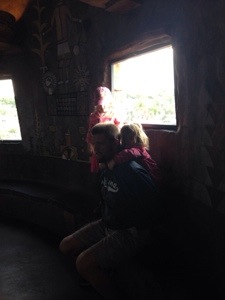 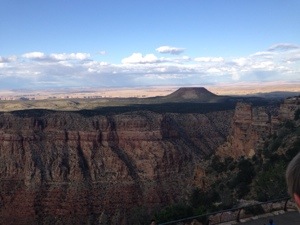 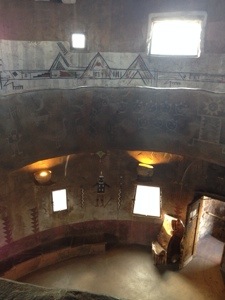 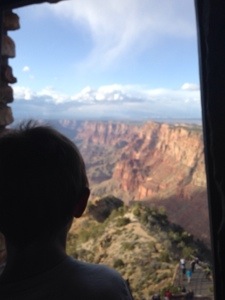 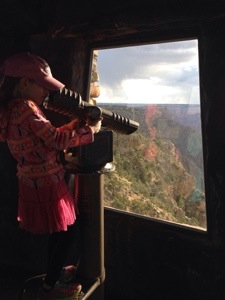 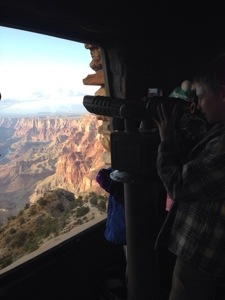 Leaving the Grand Canyon we turned North East and made our way across the vast Navajo Nation.  Here are a few pictures from just outside of Tuba City.

It was a late night and we are glad to be home.
-Sarah